In Issue #93 of Scary Monsters Magazine I take an in-depth look at my top ten Vincent Price films.
click to enlarge 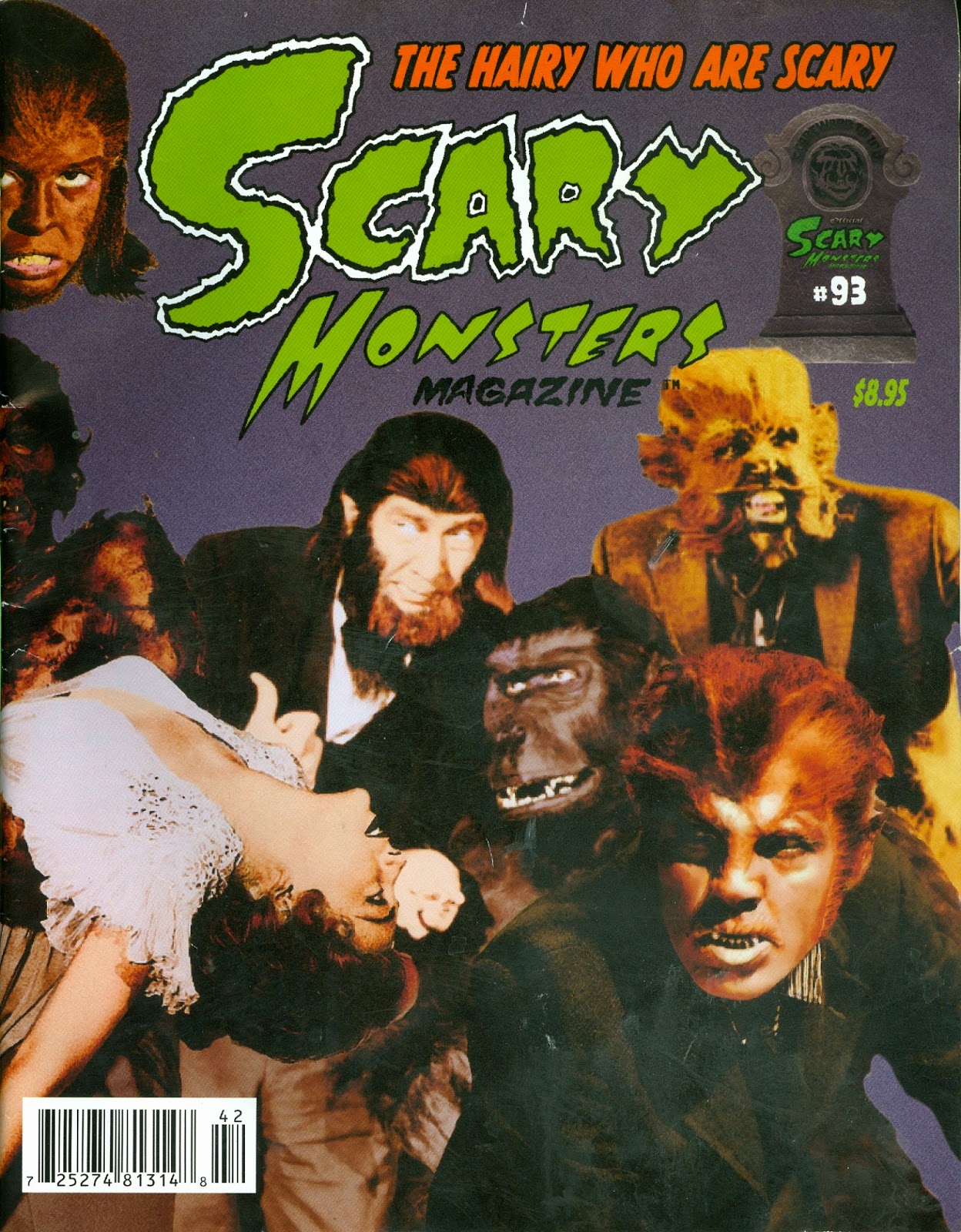 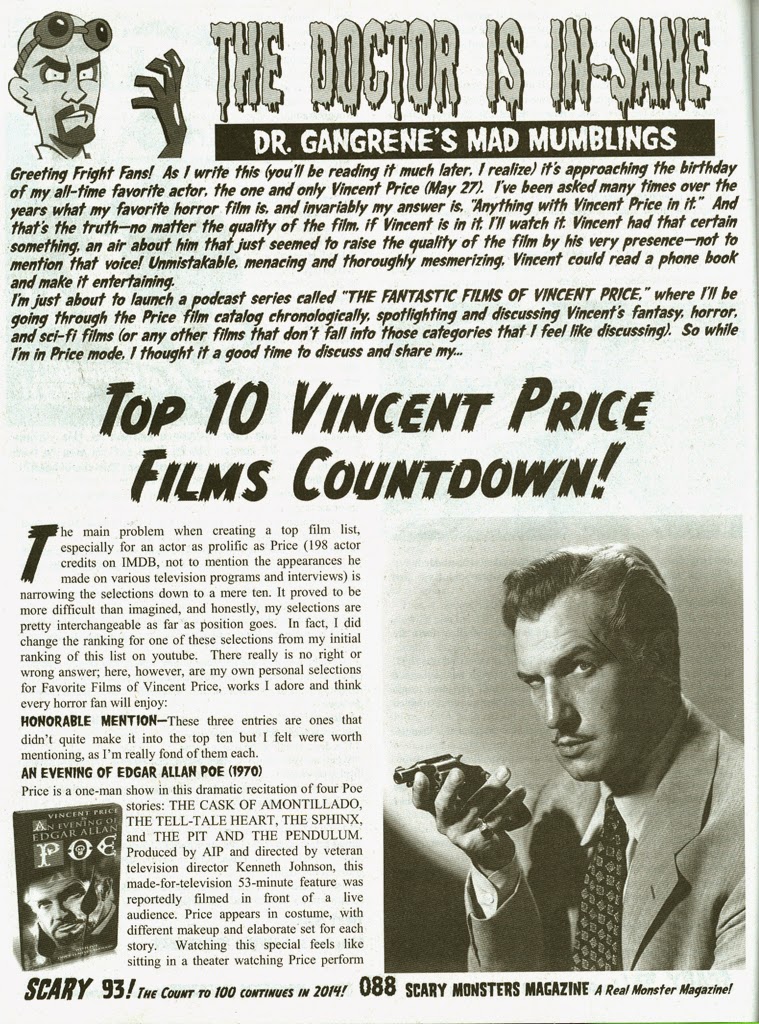 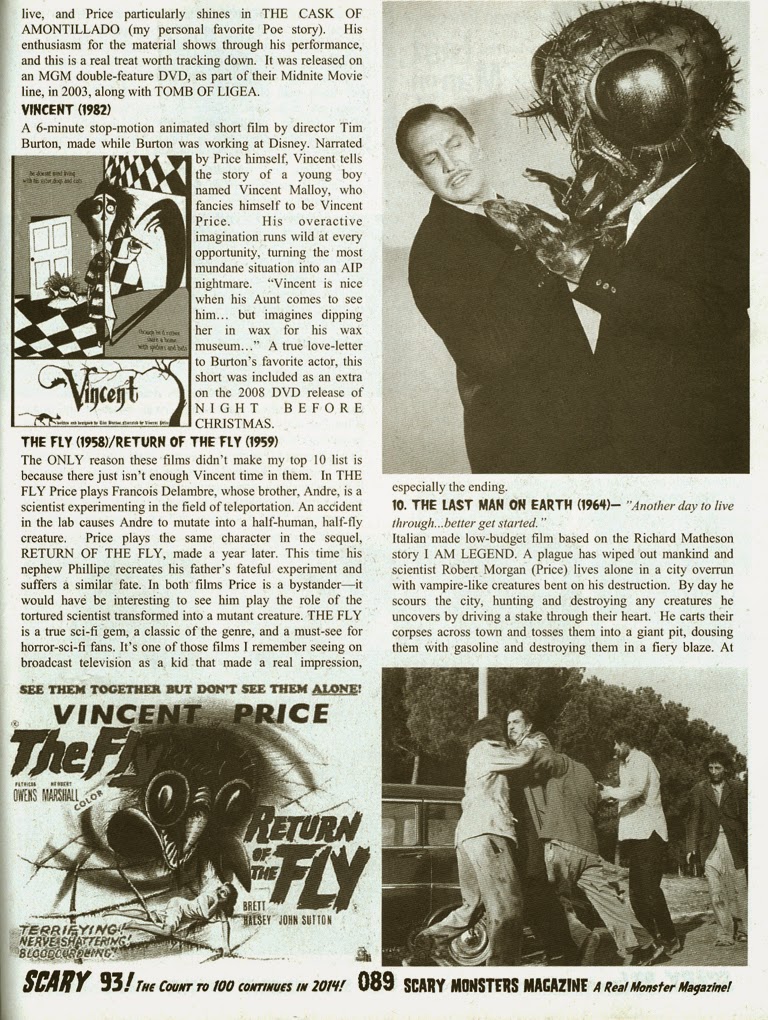 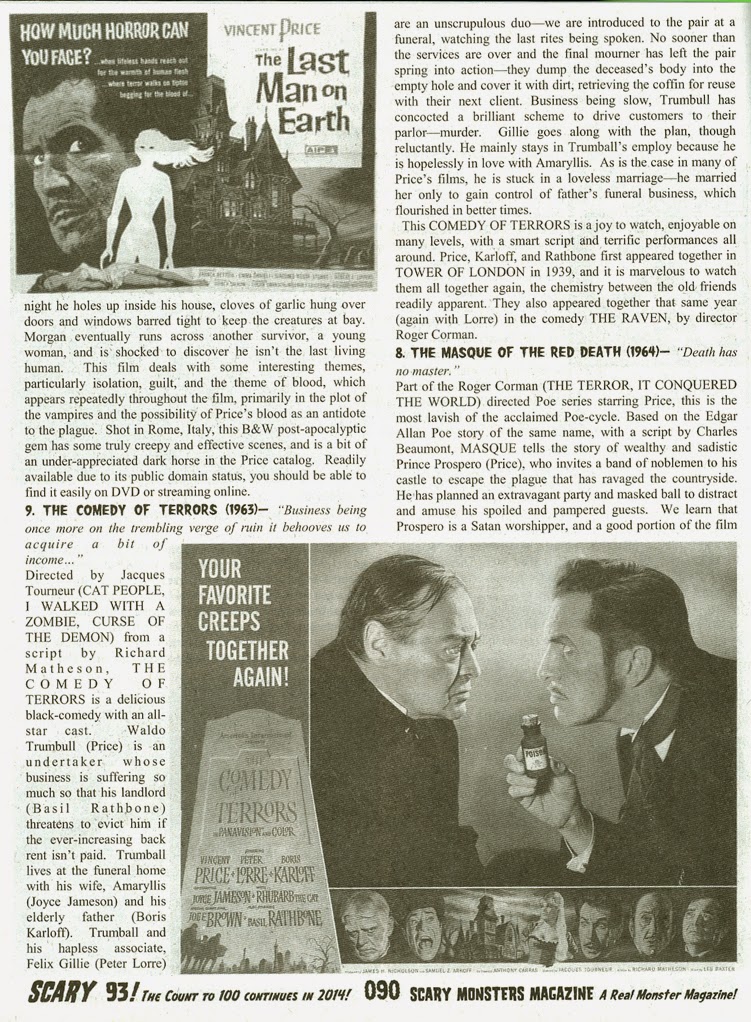 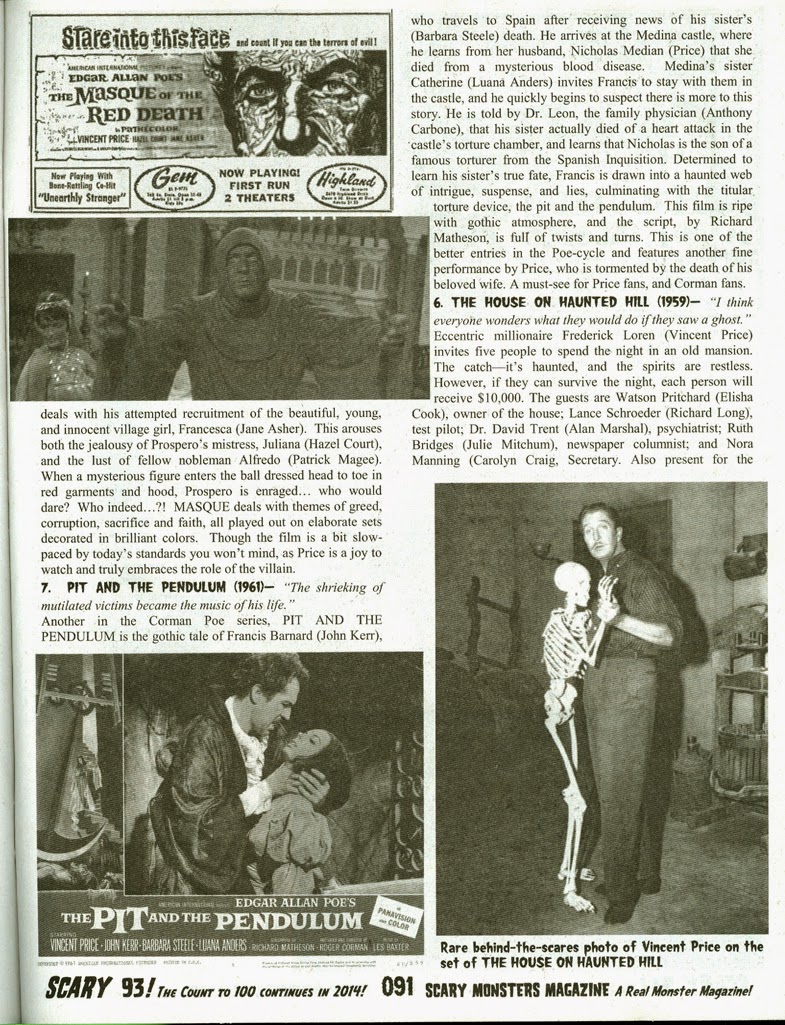 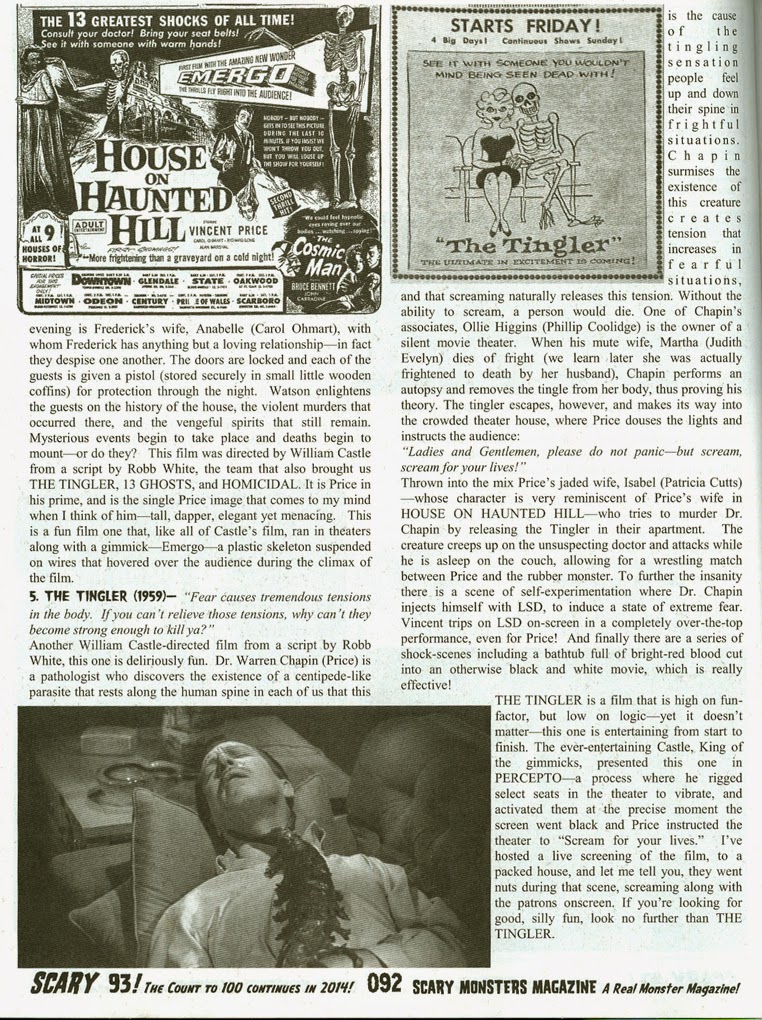 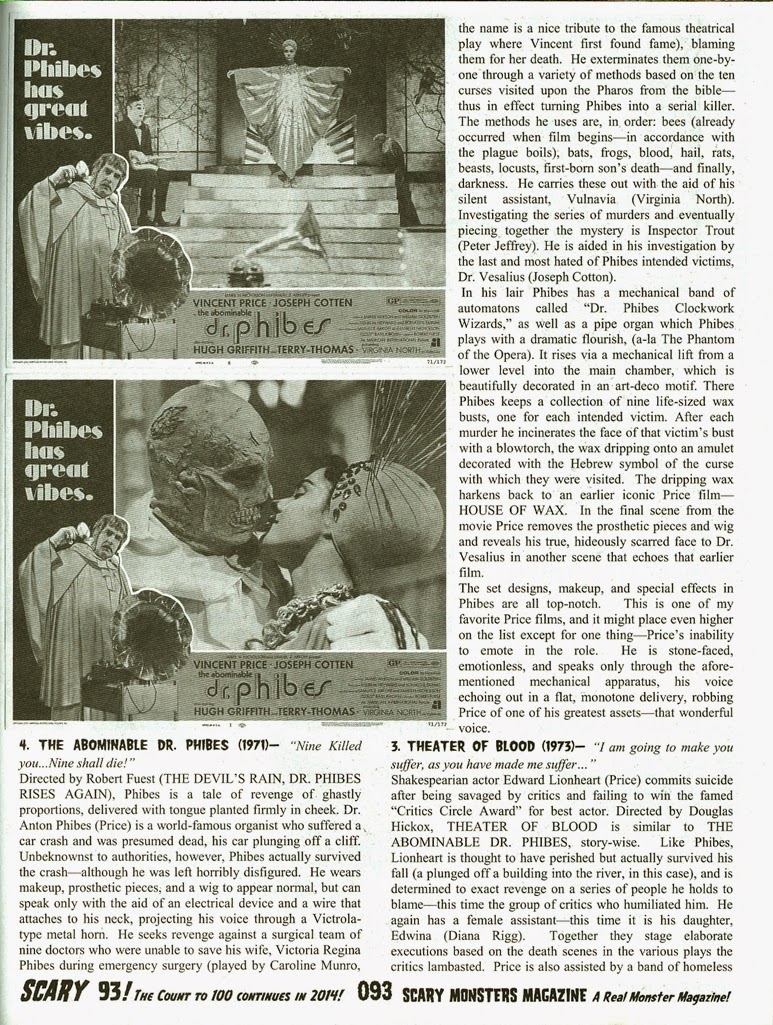 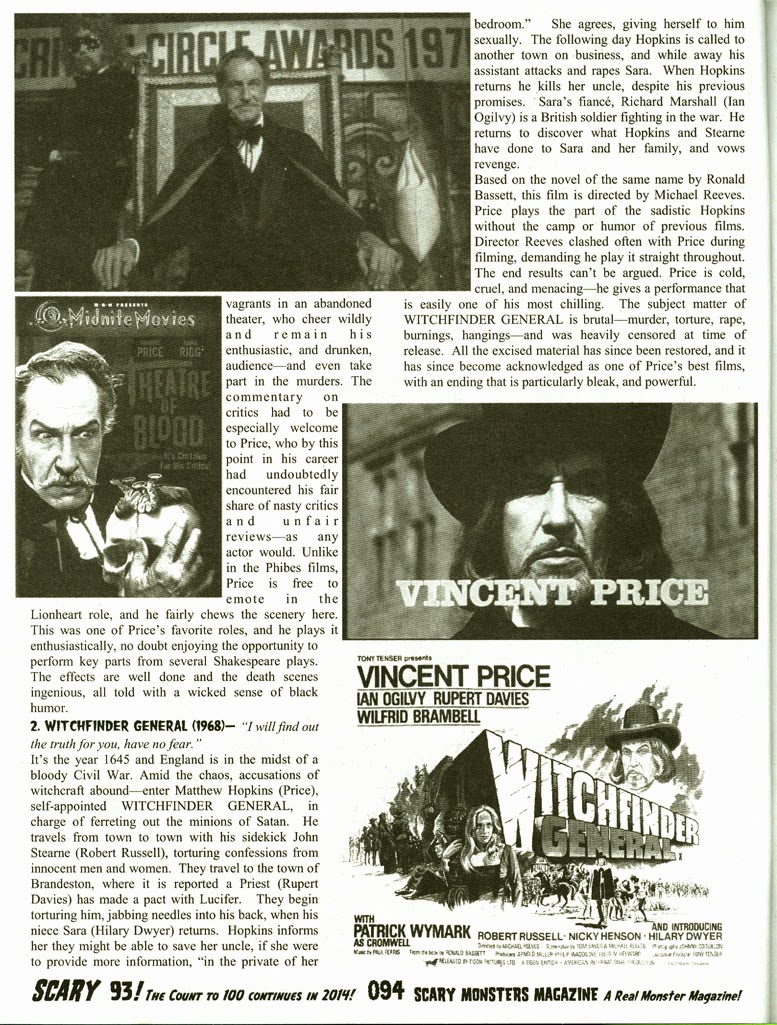 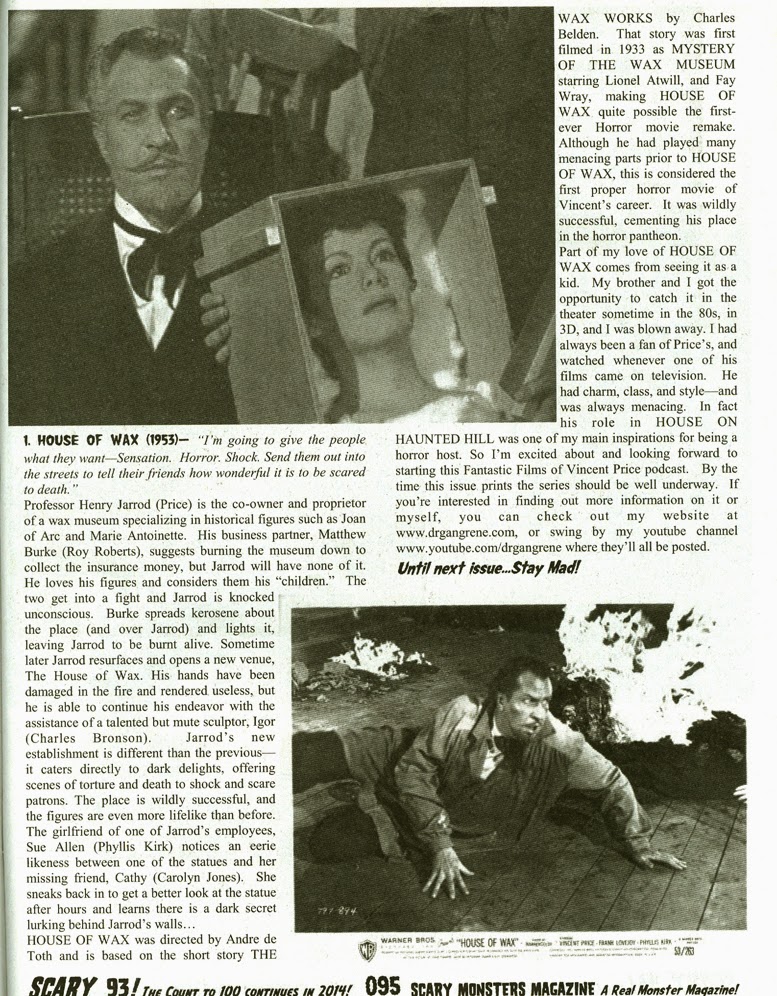 I got a chance to chat in this issue with Kurt Larsen - writer, director, producer and even an actor in the independent feature film Son of Ghostman, a terrific film and loving tribute to horror hosts old and new! click to enlarge pages 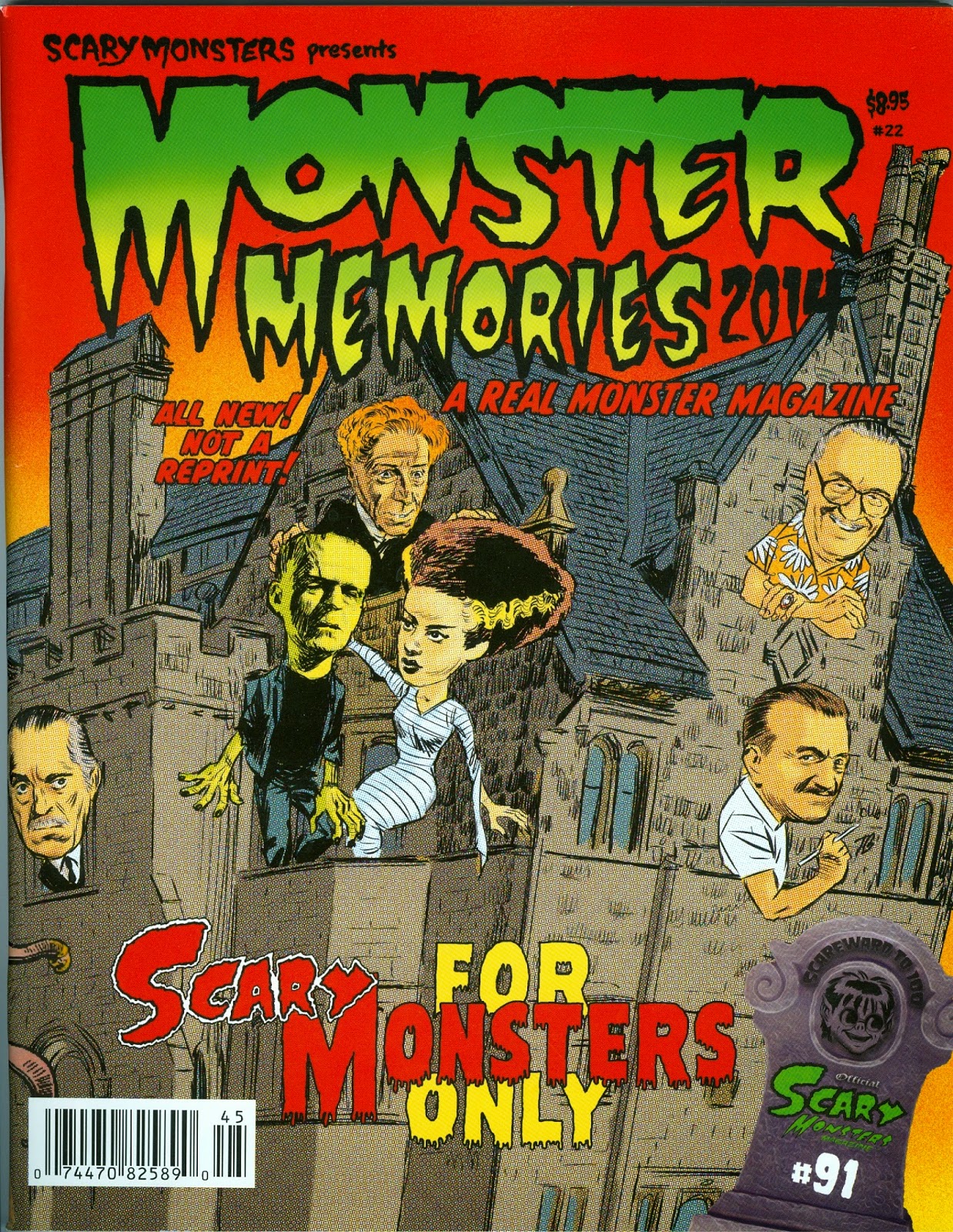 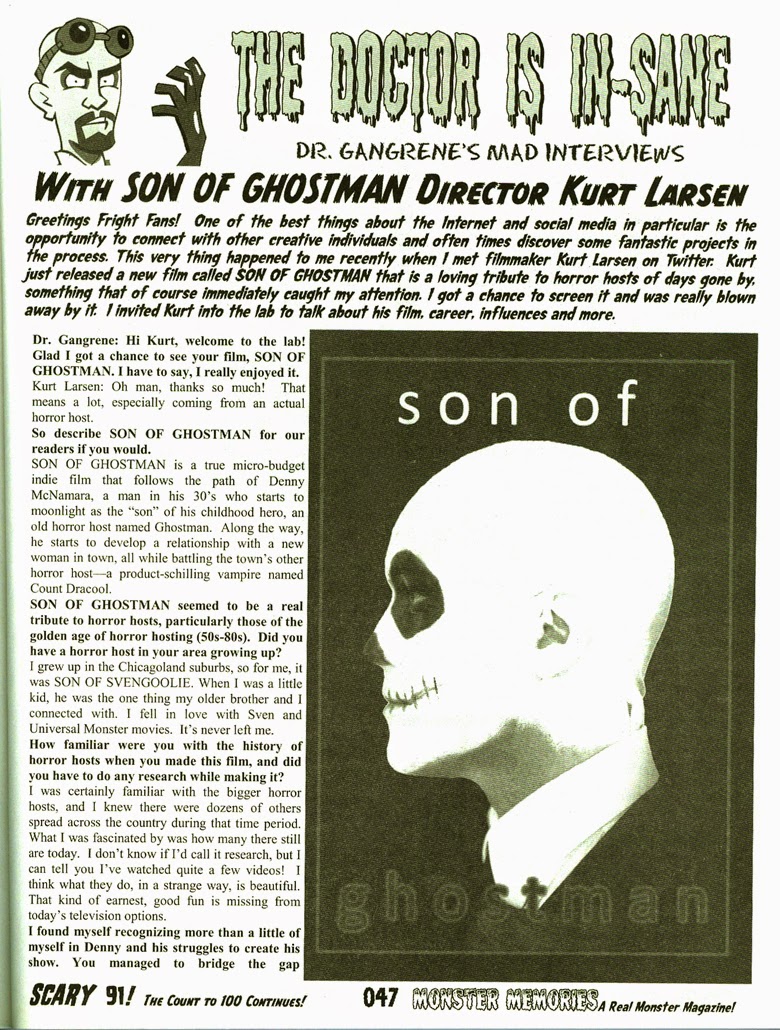 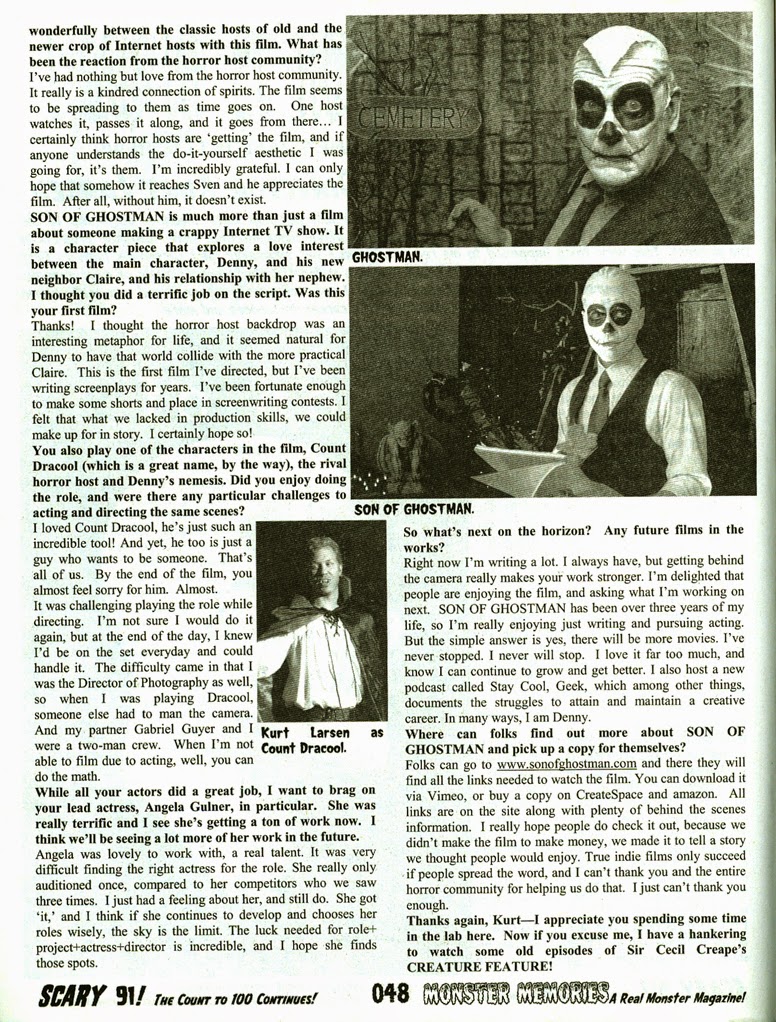 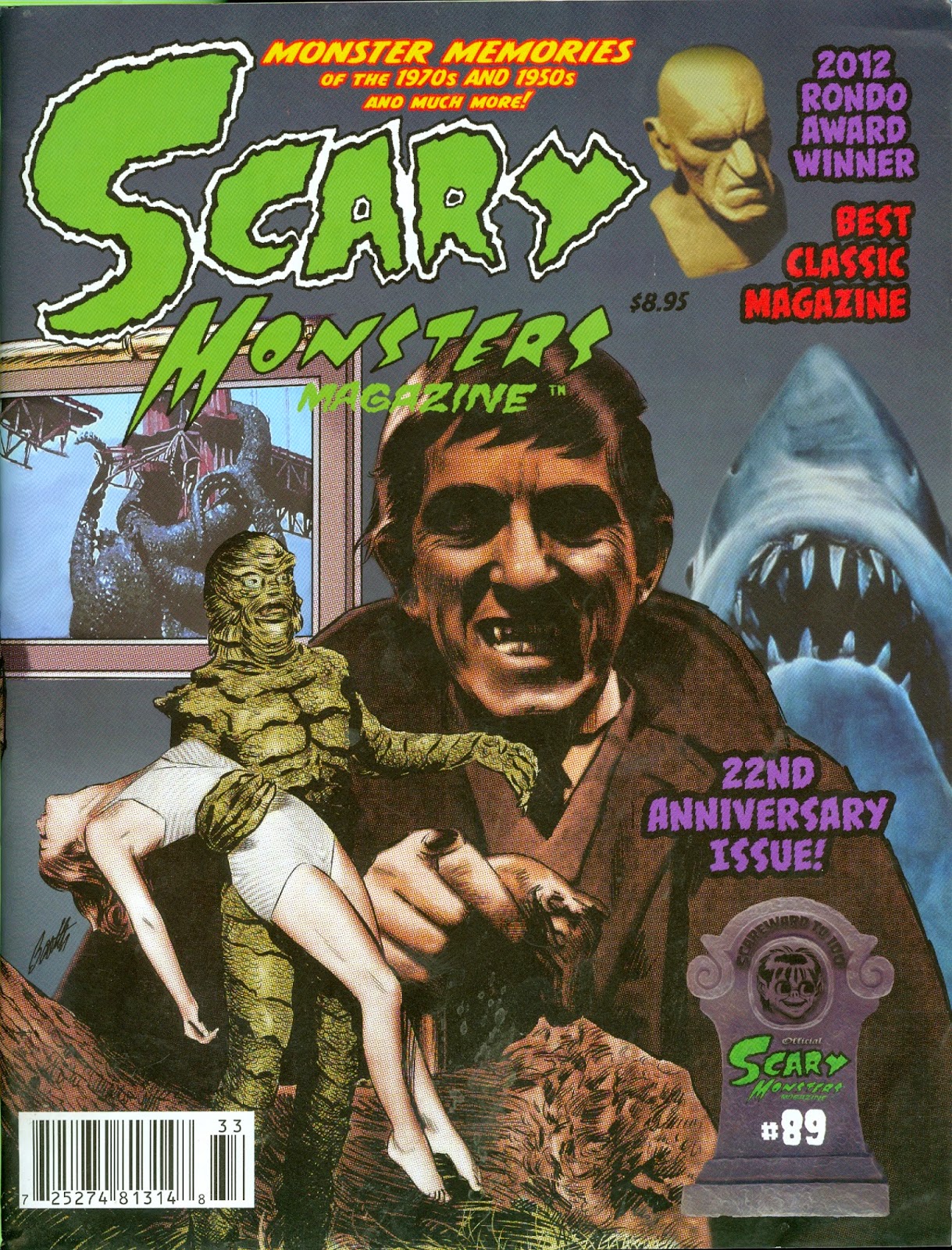 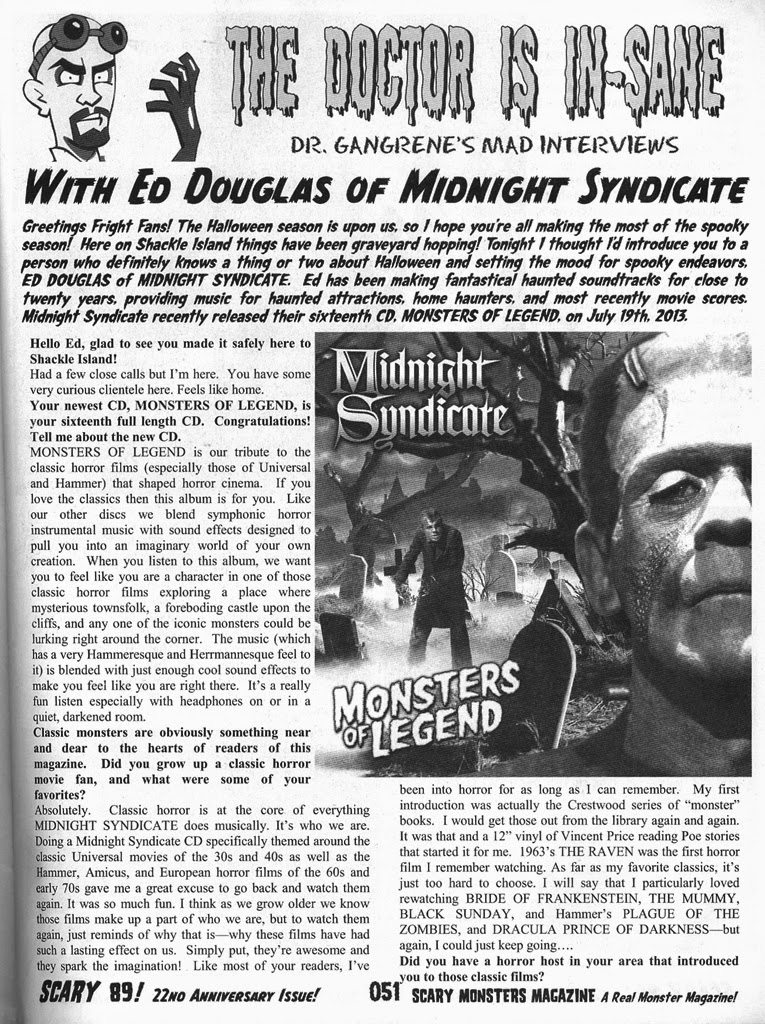 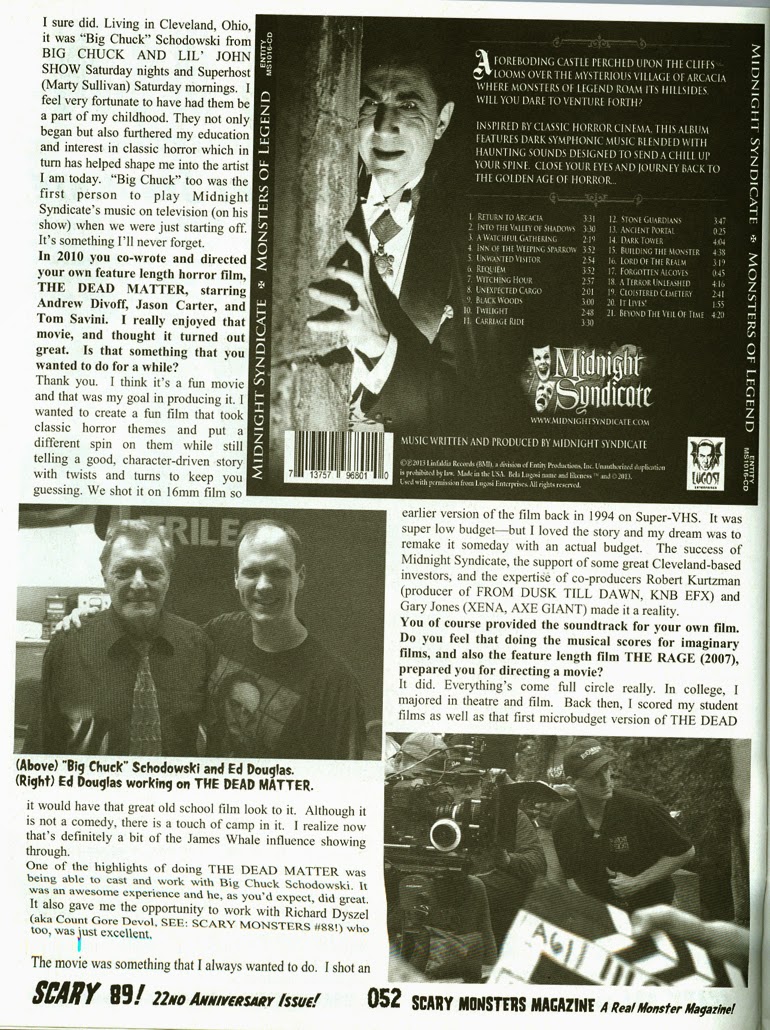 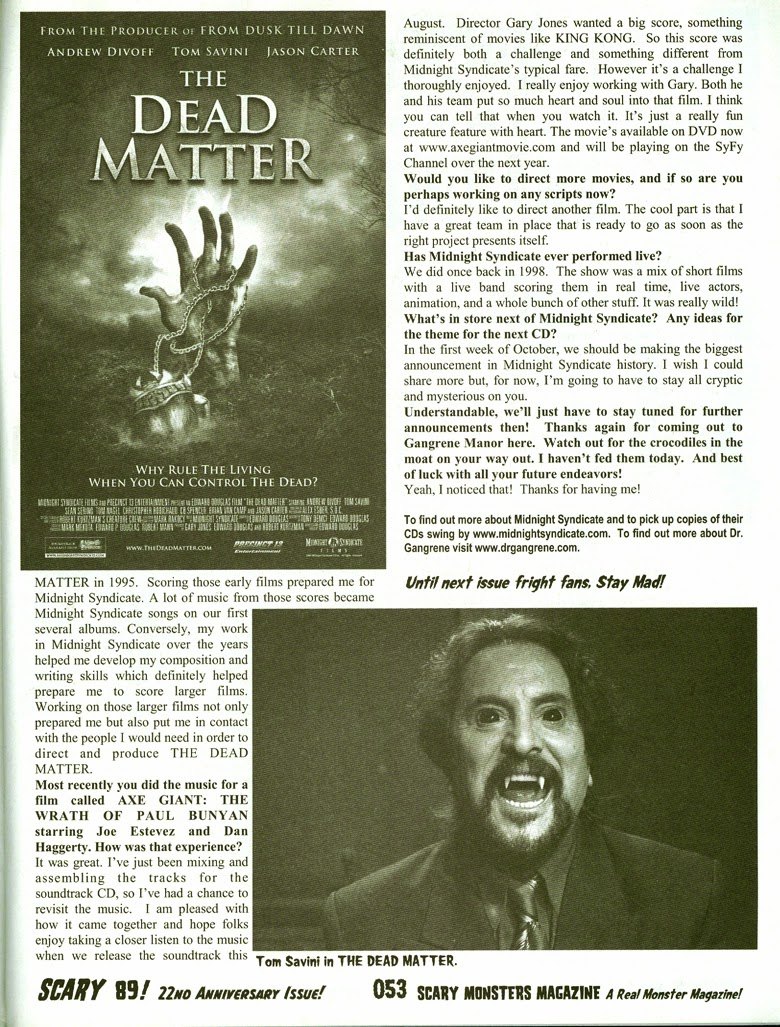 Did you know there is a Horror Host Hall of Fame?

Well, there is. It was created by Jason Hignite, the Horrorhound convention director, in 2010.

The official ballot for 2014 has been announced, and for the first time Nashville's own Dr. Gangrene has been added to the ballot, in a new category called New School Ghouls. Take a look at the ballot and to vote, send your choices to mrhalloweenjack@gmail.com

By the way, Nashville's 70s host with the most, Sir cecil creape, is also on the ballot. So what are you waiting for? Vote now! 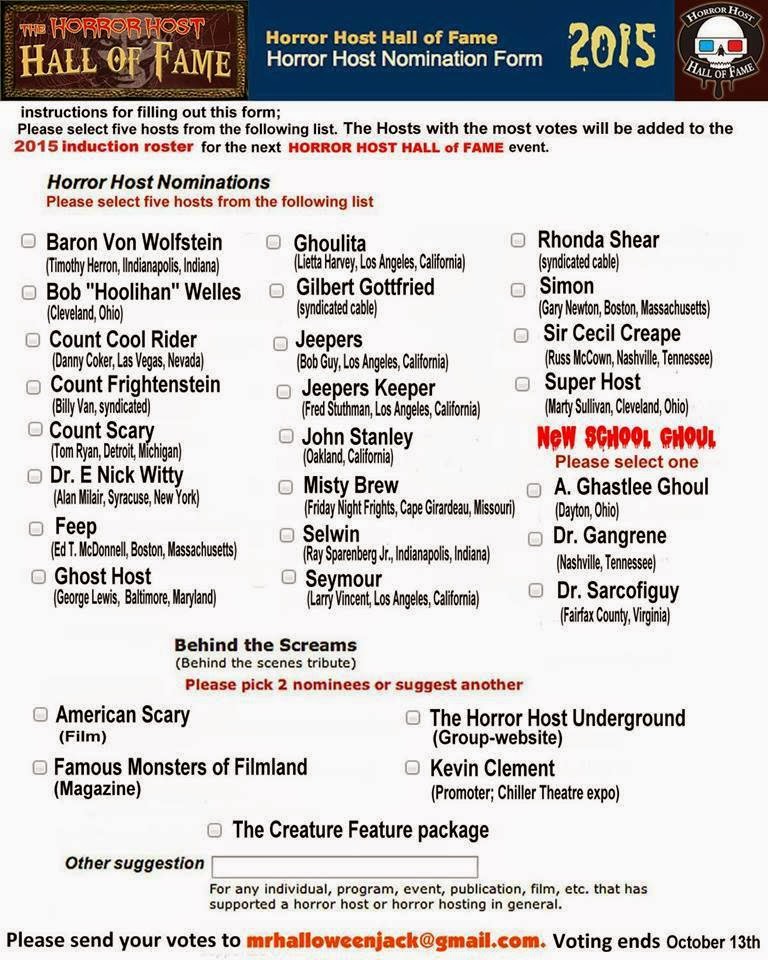 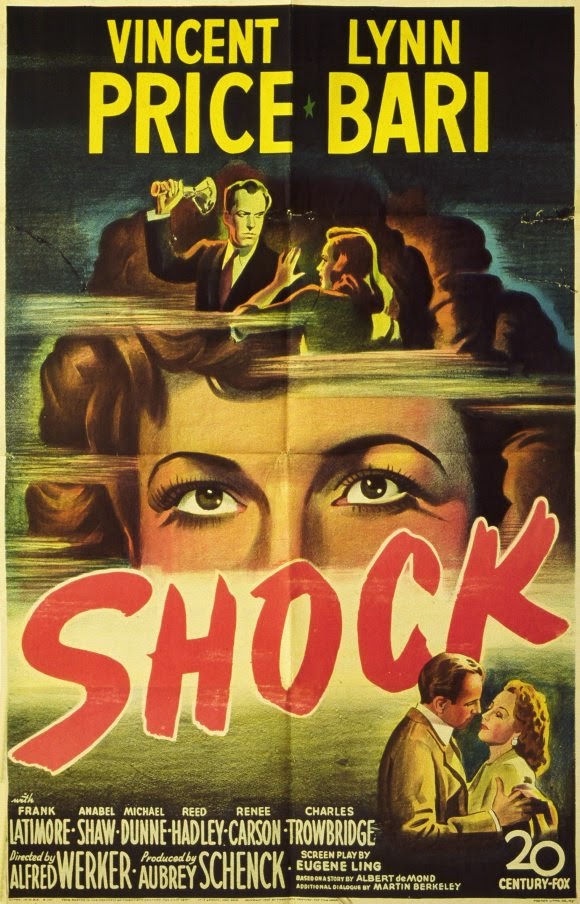 In Episode 13 of The Fantastic Films of Vincent Price Dr. Gangrene takes a look at the 1946 film noir, SHOCK, which is Price's first truly villainous role. Definitely one of his better early films and an important entry in the Price filmography!

The Fantastic Films of Vincent Price #12 - Leave Her to Heaven

In this episode Doc Gangrene looks at the 1945 film-noir LEAVE HER TO HEAVEN. In it Price plays the small but important role of Russel Quinton, District Attorney and prosecutor for the State in a trial at the end of he film, which stars Gene Tierney as an obsessed woman who will stop at nothing to have the man of her dreams (Cornel Wilde) to herself - including murder. The film features a few surprises along the way but is, at its heart, a romance. Once of the best films of the 40s in which Price appears, this one is a must-see.