Continuing our CURSE OF FRANKENSTEIN week, here's an Italian poster that is beautiful! That face would make an awesome tattoo, wouldn't it?

The Curse of Frankenstein will Haunt you Forever!

Another beautiful CURSE OF FRANKENSTEIN poster today, this one in lovely blood tinted crimson with a severed FRANKENSTEIN'S monster head and the tagline "The Curse of Frankenstein will Haunt You Forever!" 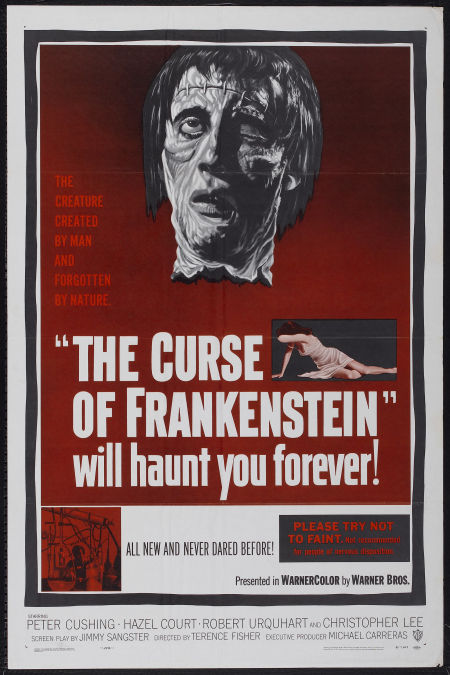 PLEASE TRY NOT TO FAINT. Not recommended for people of nervous disposition. Love it! Hammer working in some good old fashioned exploitation advertising techniques. A lost art nowadays!
at Thursday, April 28, 2011 2 comments:

Frankenstein spills it, Dracula drinks it! 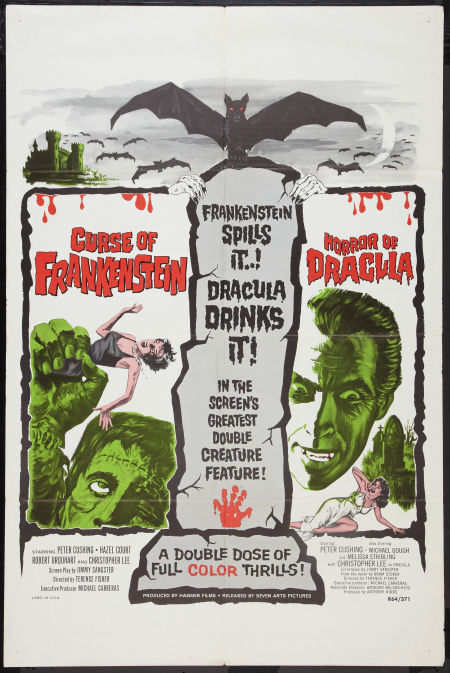 Awesome tag line for this poster from a double feature of the two greatest Hammer films of all time, Curse of Frankenstein/Horror of Dracula.  Fantastic artwork with a true spook show vibe - I love this poster!

Curse of Frankenstein was made in 1957 - Hammer studios followed that up the next year with Horror of Dracula. This poster is from a rerelease in 1964... Could there be a better double feature? Can't think of one at the moment.

I'd love to see someone bring these back to a theater nowadays... hmm. May have to talk to the Belcourt in Nashville, see if this is possible for a midnight movie...
at Wednesday, April 27, 2011 2 comments:

Email ThisBlogThis!Share to TwitterShare to FacebookShare to Pinterest
Labels: hammer studios, horror of dracula, the curse of frankenstein 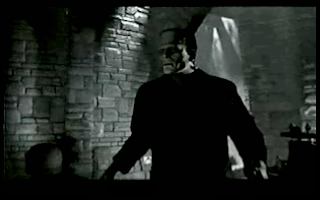 Have you seen this? It's a very brief animated Frankenstein's monster that is simply amazing. If Universal ever does another Frankenstein movie I'd LOVE to see it done in this style. I am not 100% sure who did this but think it was Kerry Gammill. I've had it saved and tucked away for years and ran across it recently while going through some old files... btw, this is post #600 on the blog here! 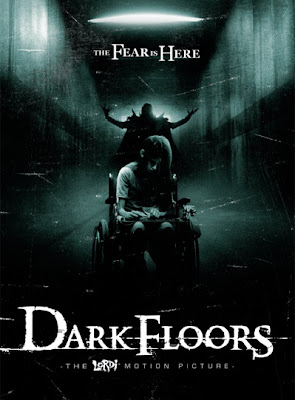 So this past weekend my 13 year old son hipped me to a movie I had not heard of called Dark Floors. Made in 2008, Dark Floors’ main claim to fame is that it features the horror band Lordi. Once I heard that I knew I had to see it – and since it was available on Netflix instant view, we watched it that same afternoon!

Before we get to the film a little background on Lordi - Lordi is a Finnish metal band best known for dressing in monster costumes with full latex and foam applications and armor. The band formed in 1996 and are reminiscent of GWAR except they take themselves much more seriously and their music is more metal/ less punk (I personally prefer GWAR, for the record…). The movie is based on an idea by lead singer Mr. Lordi, and they play monsters in the movie in their usual full monster getup. It was filmed in Finland and is on record as one of the most expensive films ever made there.

The band also recorded a new song especially for the film which is called “Beasts Loose in Paradise.” It plays during the end credits. 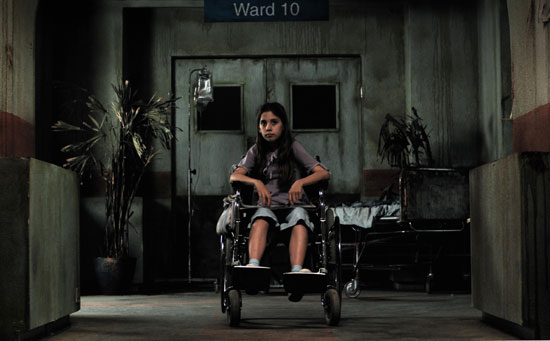 The movie itself concerns a young Autistic girl named Sarah who is in a hospital receiving extensive treatment for her condition.  The film opens with Sarah in a medical scanner of some sort that goes haywire and catches fire. Her father (Ben) quickly extracts her and promptly decides to, understandably, remove her from this hospital with cut rate equipment. A nurse named Emily follows him to the elevator to try and persuade him to stay. She informs him that Sarah is taking an experimental drug, (unbeknownst and unapproved by Sarah’s father), and needs to stay to finish her treatment. This further strengthens Ben’s resolve to remove his daughter from this looney bin. As they talk he pushes the wheelchair-bound daughter onto an elevator to leave. 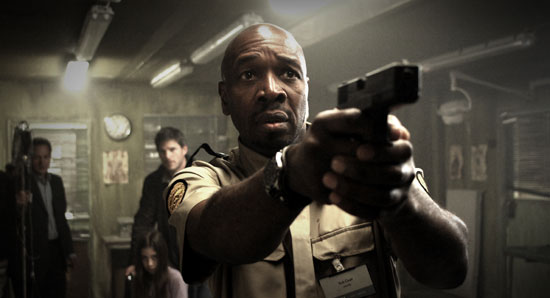 This is where things get strange. The power goes out momentarily and when it returns everything is different. The elevator doors open one floor down and the group of people onboard (Ben, Sarah, Emily, a shifty business man named Jon, a homeless man named Tobias, and a security guard named Rick) find the hospital abandoned with mangled corpses scattered about. They quickly discover that something evil lurks in the hospital… something that has killed everyone in this hospital except their group. 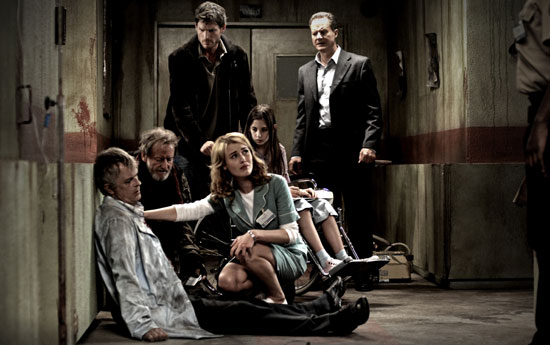 They begin to wind their way slowly through a haunted hospital of horrors and discover that the secret of their predicament is somehow linked to Sarah and her condition. And in addition, she is somehow connected to the strange homeless man, Tobias, who in turn seems to have some understanding of what is occurring (wish he’d have clued me in…). Demons (Lordi) haunt the halls of this hospital and bring the dead back to life to do their bidding. How are the events linked to Sarah? How is Sarah linked to Tobias? Why are these events unfolding, and just what the hell is going on? Well, honestly, after watching this film I really couldn’t tell you. It is one big confusing mess that makes little sense.

On a positive note the visuals are really good and Lordi actually make some pretty scary monsters. The sets are creepy and the music eerie and atmospheric. The fault is that damn story. Confusing and unresolved, I just really don’t know what I watched. It is more like a trip through a Halloween haunted house than a movie with a complete plot. Nice costumes, good effects, effective atmosphere… worth watching for those things alone, but ultimately disappointing.

Since this week's recommended Movie is The Curse of Frankenstein I thought I'd share this beautiful French poster for the film. There are a ton of great pieces of art and promotional photos for this film. I'll share some over the next few days... 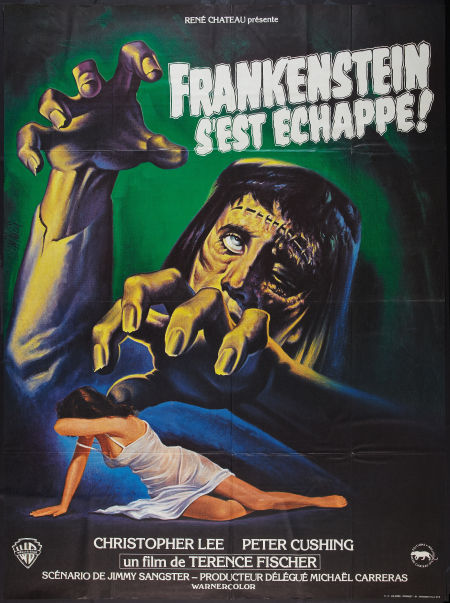 Recommended Movie of the Week #35 - Curse of Frankenstein 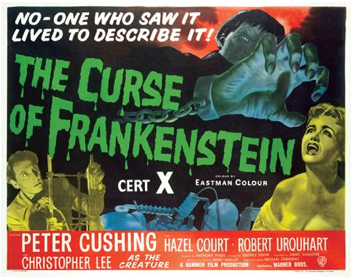 This week's Recommended Movie is the 1957 Hammer Studios classic, The Curse of Frankenstein starring both Peter Cushing and Christopher Lee!

Email ThisBlogThis!Share to TwitterShare to FacebookShare to Pinterest
Labels: christopher lee, peter cushing, recommended movie of the week, the curse of frankenstein

Shot my final scene for Cameron McCasland's The Lashman this past weekend. In it I play a small role as the town drunk, Eustice. Here's a couple of scenes from the shoot. I'm glad the weather cooperated and we were able to shoot so I could shave that beard off! 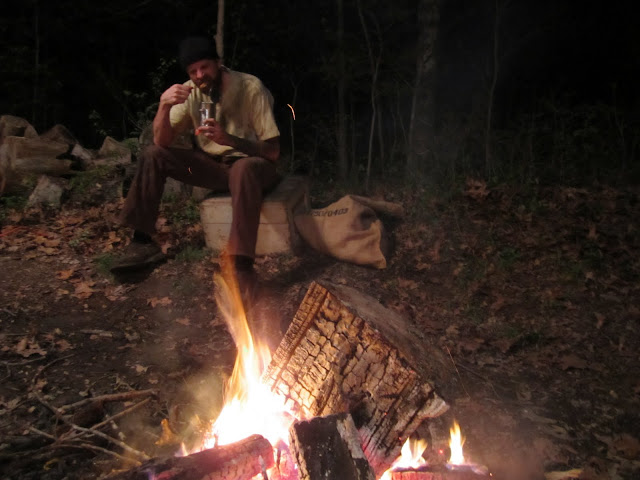 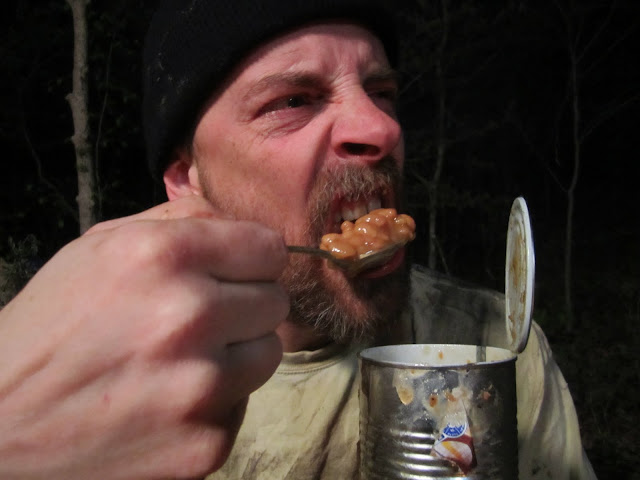 Email ThisBlogThis!Share to TwitterShare to FacebookShare to Pinterest
Labels: cameron mccasland, the lashman

Recommended Movie of the Week - The Mummy's Shroud

This week's recommended movie is the Hammer Studios 1964 mummy movie, The Mummy's Shroud:

Email ThisBlogThis!Share to TwitterShare to FacebookShare to Pinterest
Labels: recommended movie of the week, the mummy's shroud

It was years ago today that I posted the very first Recommended Movie of the Week on Youtube. The Recommended Movie episodes were intended as a guide rather than a review. I wanted to use it as a space where I could say, "Here's a movie I like that I think you will too."

Looking back it doesn't seem possible two years have passed, but there it was on the date for the first RMOTW - 4-12-09. I didn't get as many of these posted as I'd have liked but it has been a fun side project when I'm not hip deep in production on more pressing projects.

Here is the full list of the RMOTW to date. There have been 33 episodes so far.
Maybe I can hit 50 before the year is over. 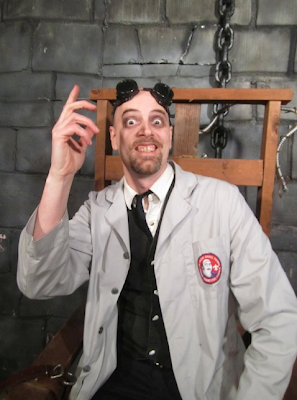 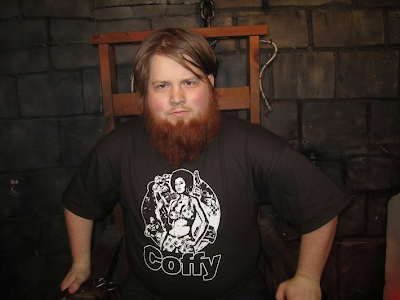 Revenge of the Vampire aka Black Sunday

I ran across this gorgeous poster for Revenge of the Vampire, released in the US as Black Sunday.  I actually prefer the British title, it is much more evocative.  GREAT movie made in 1960 starring Barbara Steele and directed by Mario Bava. One of the classics in horror cinema.

Check out the Dr. Gangrene interview at the Flush the Fashion site (which scores extra cool points for taking their name from an Alice Cooper CD) - http://www.flushthefashion.com/culture/monster-movie-month-dr-gangrene/ 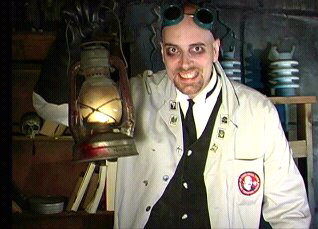 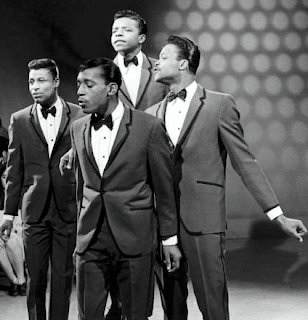