Not every movie I watch is a horror film, and that's certainly been true lately. I've been on an Italian crime binge lately. One of the recent ones I watched in that genre was Vengeance Cops (1971).

Vengeance Cops is an Interesting little cop film with a great title and some suspenseful moments, including the car chases, one of which takes place in a drive-in movie theater! 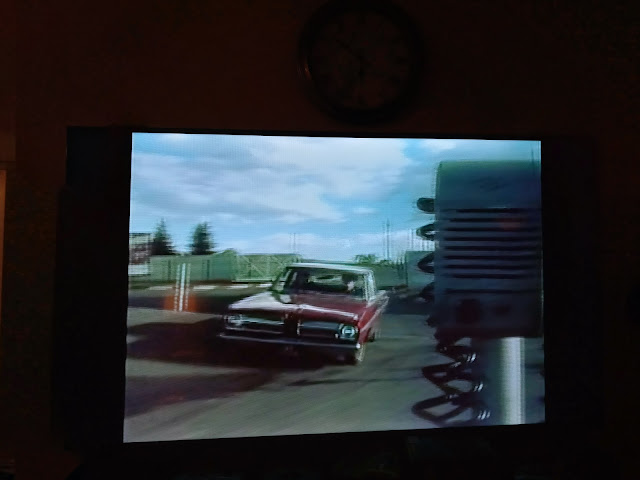 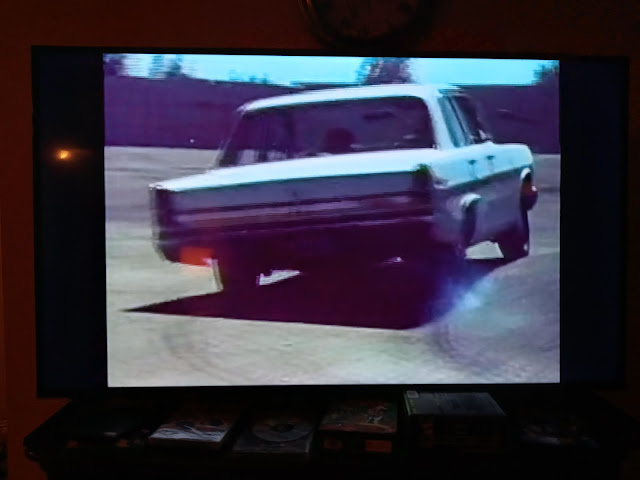 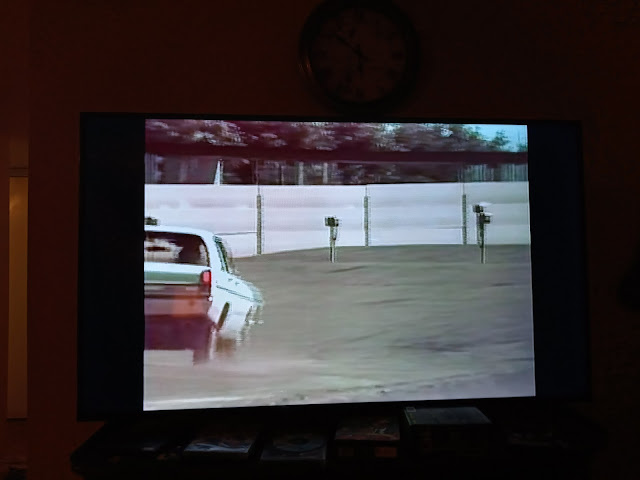 I love when drive-ins pop up in movies! IMDB lists the country of origin on this one as South Africa. Apparently drive-ins were big in South Africa at one point, so that makes sense. This particular one might have been a 5-screener too, as they pull into one lot with a big 5 at the sign of the lot entrance. There is also a blurry shot of what I think is the main marquee as they enter the drive-in, but I couldn't make it out. 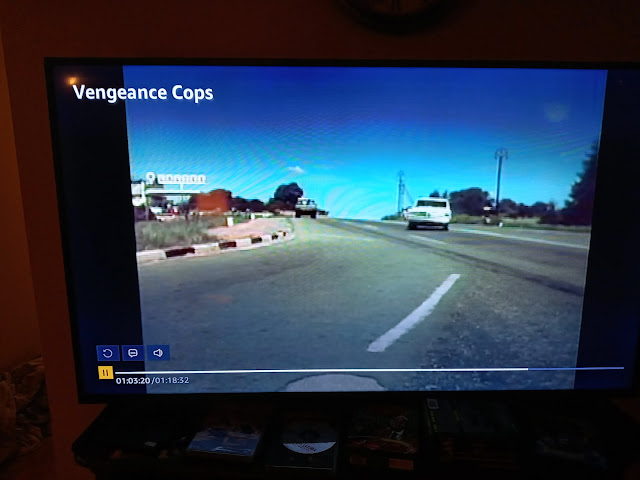 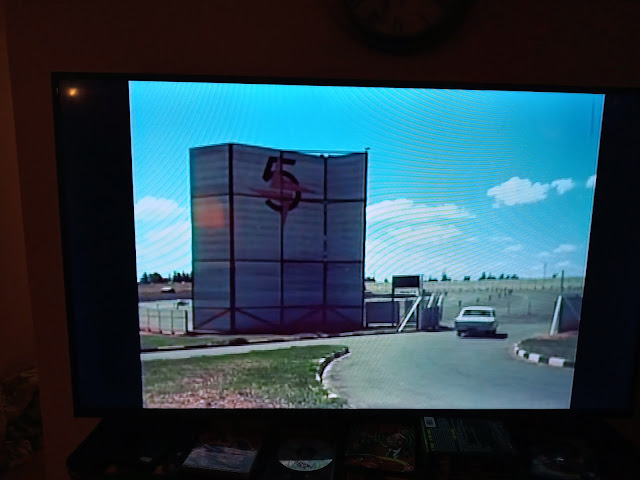 I'd love to know the name of this drive-in where this was shot. I doubt it's still around but would be good to know some more details about it. It was concreted and had the humps for cars to angle toward the screen as well as speakers on poles - they did it up right! Vengeance Cops was a fun little Saturday afternoon action flick. I watched it on Amazon Prime.
at Tuesday, February 16, 2021 No comments: