On this week's podcast I dissect the 1986 rock n roll film TRICK OR TREAT, giving it a thorough post-mortem. Available now on Episode 30 of the 6ftplus podcast: 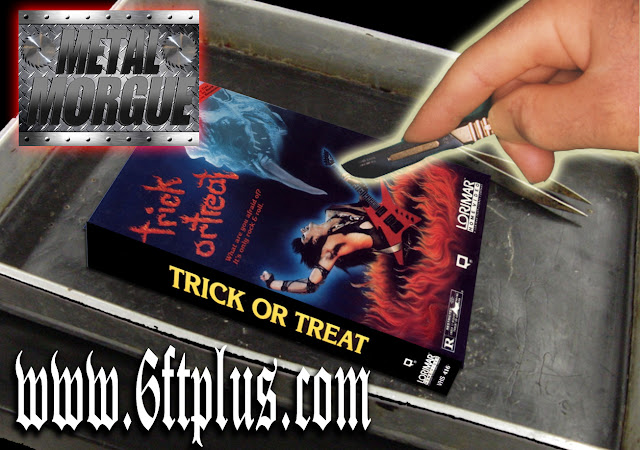 The Consortium of Genius invade Nashville

One week from today, 5-22-12, Nashville becomes Nash-VILLAIN, as that group of mad science rockers the C.O.G. - aka The Consortium of Genius, invade music city. Dr. Gangrene will be on hand to host the event, and local rockers The Exotic Ones and Dirty Dee and the Sweaty Meat will rock the house too. Show starts at 8pm. Be there or die!! 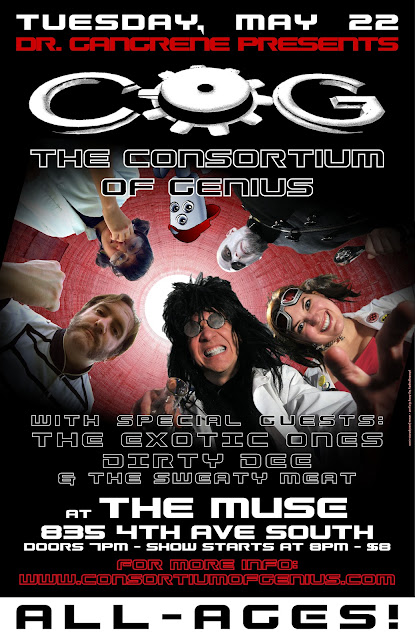 Email ThisBlogThis!Share to TwitterShare to FacebookShare to Pinterest
Labels: consortium of genius, dirty dee and the sweaty meat, dr gangrene, the cog, The Exotic Ones

Email ThisBlogThis!Share to TwitterShare to FacebookShare to Pinterest
Labels: it follows, Joe bannerman 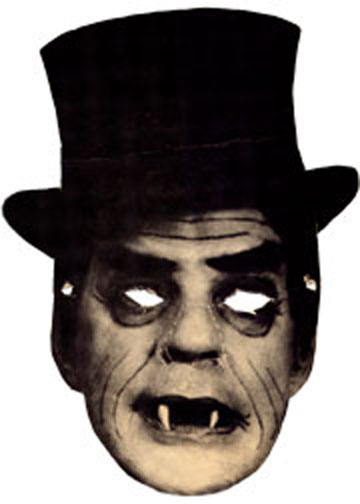 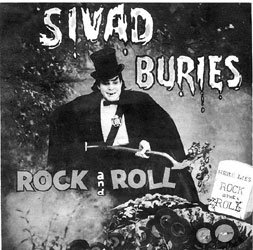 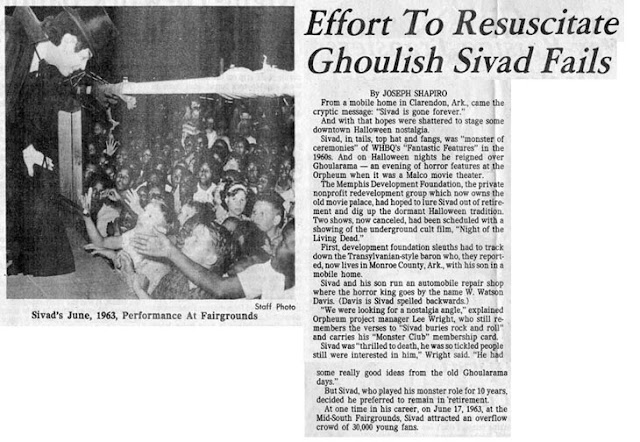 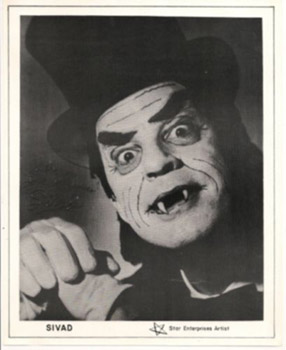 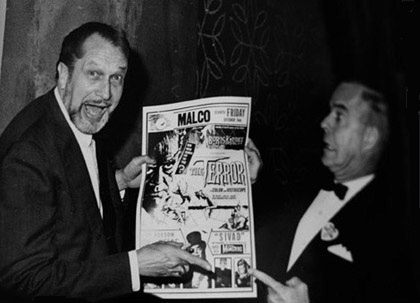 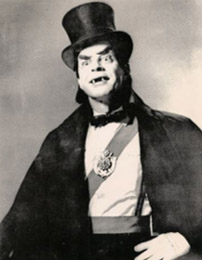 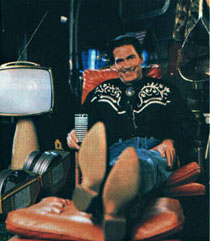 Joe Bob Briggs on the set of Monstervision.
Picture by Mark Hill.
I've added Joe Bob to this list of Nashville Horror Hosts for one simple reason . . .
John Bloom is a graduate of Vanderbilt University!

That's right, John Bloom, BA'74, College of Arts and Science. He actually won a sports writing scholarship, the Fred Russell-Grantland Rice Scholarship at Vanderbilt, and served as managing editor of the Hustler, Vanderbilt's campus magazine. He graduated Phi Beta Kappa in 1974.
With a southern accent, quick wit , and unique sense of humor, Joe Bob hosted drive in movies every Saturday night on TNT's Monstervision. He regularly gave out what are probably the best facts on movies offered by any horror host, focusing on behind the scenes stories and production facts unknown to most viewers. 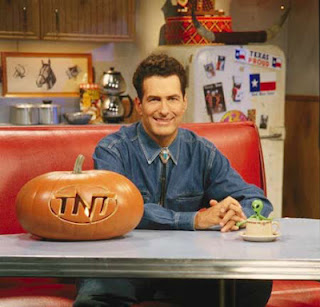 His most popular feature, besides Rusty the Mail Girl, was probably his ratings section, where he listed the drive-in totals of every movie, from the cheapest grade B flick to the highest grossing films - if Joe Bob showed 'em, Joe Bob rated 'em, using a scale that's all Joe Bob -

As you can see, always lots of fun. 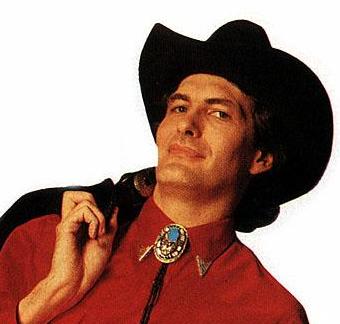 John Bloom has also had a very active career outside of Monstervision. He was an award winning investigative journalist, (even infiltrating the Ku Klux Klan at one point), a film critic for the Dallas Times Herald, and a movie host on The Movie Channel (where he won two ACE awards, the highest award TMC gives) before starting Monstervision.
He is also an author of such books as
Iron Joe Bob,
Joe Bob Goes to the Drive-In,
Joe Bob Goes Back to the Drive-In,
A Guide to Western Civilization, or My Story, and The Cosmic Wisdom of Joe Bob Briggs.

In addition he also wrote a true crime book called Evidence of Love, co-authored by Jim Atkinson, that became the ABC movie of the week Killing in a Small Town.
John Bloom has also appeared in several movies.
Click here to see a list of his films on the Internet Movie Database.
Born January 27, 1953,
Dallas, Texas, USA
Joe Bob Briggs and Monstervision copyright John Bloom and TNT, respectively, all rights reserved.
at Friday, May 11, 2012 No comments: 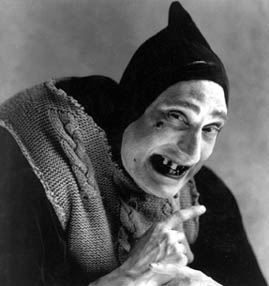 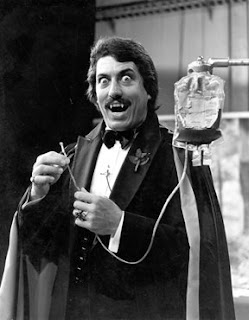 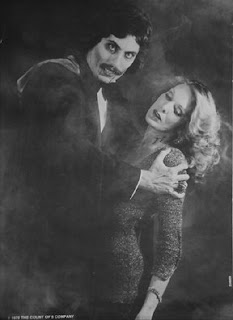 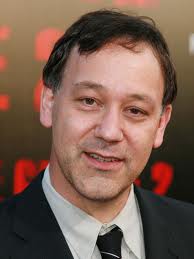 Evil Dead director Sam Raimi is suing to retain rights to the Evil Dead property. AWARD PICTURES had planned to make a sequel to the franchise, but Raimi and RENAISSANCE Pictures also plan to make their own sequel and the case is now in the US Courts to decide who owns the rights. It will be interesting to see how this fight turns out, and who, ultimately, will retain rights to continue the undead storyline.

For what it's worth, I hope Raimi and Renaissance retain rights and make their own sequel. It is, after all, their creation...

For full details on this story go here:
http://www.hollywoodreporter.com/thr-esq/sam-raimi-sues-rights-evil-dead-sequel-320375
at Friday, May 04, 2012 1 comment: 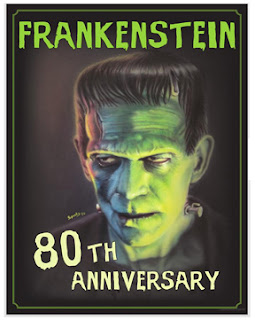 My good pal Scott Essman's 80th anniversary Frankenstein article is now available on google as an ebook. It features a beautiful digital illustration of the monster by artist extrordinaire Rick Baker, as well as a color illustration of the creature by Ray Spooky Santoleri. A well researched and written piece on one of the greatest monsters of the silver screen. Go get yours at:

http://books.google.com/books?id=ivDrKV1riE8C&printsec=frontcover&dq=scott+essman&hl=en&sa=X&ei=zQujT_fPHsSbiALU_tnfDA&ved=0CE8Q6AEwBA#v=onepage&q=scott%20essman&f=false
at Friday, May 04, 2012 No comments:

Here's an awesome half-sheet from 1972 for the double bill of Daughters of Satan and Superbeast. Gotta love the advertising campaign - "A secret cult of lust craved witches torturing their victims with fire and desire" and "See a half-man half-monster ripping helpless victims to shreds in his mad hunger for human flesh."

No movie could ever live up to that awesome description!! 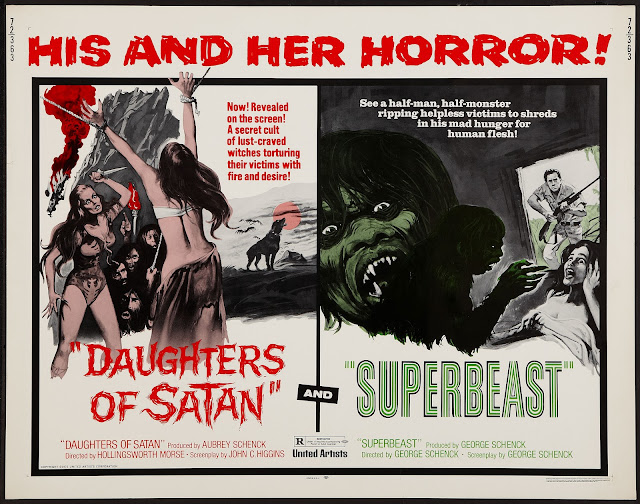 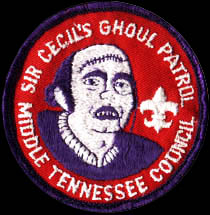 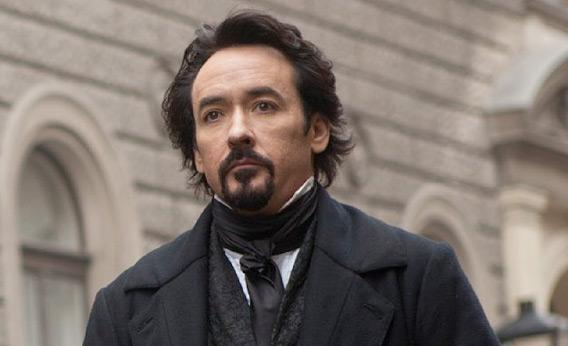 I went to see THE RAVEN this past weekend, starring John Cusack, and afterwards I kind of had mixed feelings about it. The sets and costumes all looked good but Cusack's performance as Poe was lacking.  I must admit I am a bit jaded, however... after seeing the Jeffrey Combs one man play NEVERMORE, in which Combs channeled the poet so completely he all but disappeared, not many actors could match up to such an incredible performance. 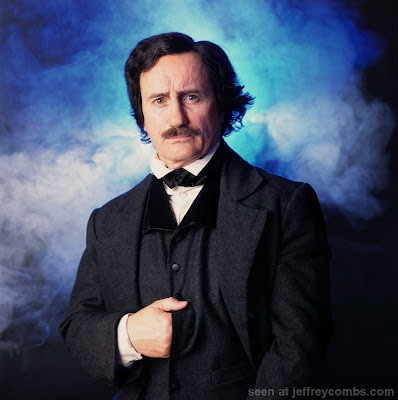 No attempt was made on the part of this film to even try and make Cusack resemble Poe, makeup wise, other than tussling his hair a bit and adding a goatee - and even that seems off, as in every photograph or illustration of Poe I've ever seen he sports a mustache but no beard of any type. Cusack didn't attempt to affect a southern accent either. He was simply Cusack in a period piece with facial hair. 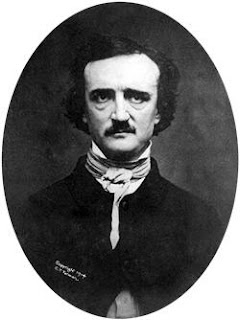 The story was exactly what I expected from the trailer but I felt they could have had the murders tie into the stories better in some cases. The first couple were good, but they missed out on some real opportunities later on. The film also takes major liberties with the character of Poe, and that was to be expected, although turning him into an action hero instead of an alcoholic poet suffering from mental health issues was a bit much. The ending of the story used a lame gimmick that was unnecessary and silly.

Overall not a bad movie, still enjoyable, but it fell well short of what could have been. Just imagine if they had cast Combs in this role, made it a mystery instead of action thriller, and had him truly battle his inner demons and alcoholism instead of merely paying lip service to these issues at the beginning of the film then tossing them aside for the conclusion. Three out of 5 skulls.