The Fantastic Films of Vincent Price #44 - House of Usher

In this episode Dr. Gangrene takes a look at the 1960 film House of Usher, directed by Roger Corman. Price plays Roderick Usher, who lives with his sister in their crumbling mansion, a place cursed by the wickedness of the Usher ancestors... 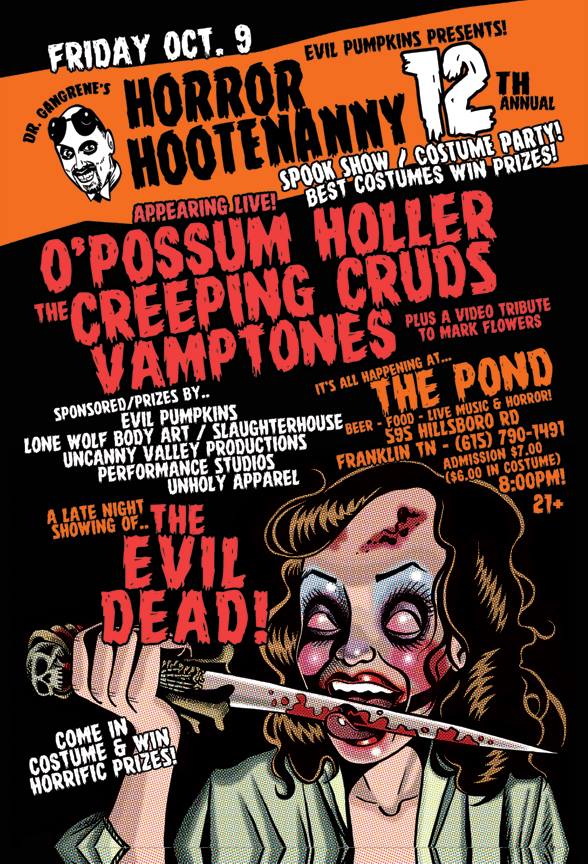 The premiere Halloween event of the Middle Tennessee area, DR. GANGRENE'S HORROR HOOTENANNY 12, is taking place this year on Friday, October 9th at THE POND in Franklin, TN. Hosted as always by the Physician of Fright, this year's lineup features Opossum Holler (Bowling Green, KY), The Creeping Cruds (Nashville, TN) and The Vamptones (Murfreesboro, TN).


This is the 12th annual Hootenanny, and as always will feature a huge costume contest with prizes from an array of sponsors including EVIL PUMPKINS, LONE WOLF BODY ART/SLAUGHTERHOUSE, UNCANNY VALLEY PRODUCTIONS, PERFORMANCE STUDIOS, UNHOLY APPAREL, WOLFDEN PRODUCTIONS, and more.


And to top it all off there will also be a late-night movie screening of EVIL DEAD - so if you're in the mid-south area make plans now to come join the music city madman, Dr. Gangrene, for this night of music, monsters, and mayhem. 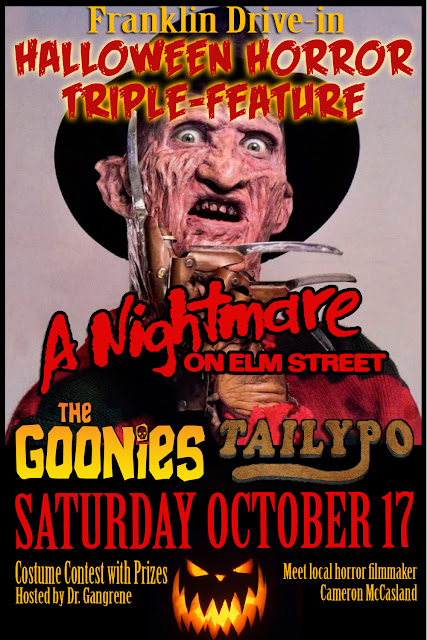 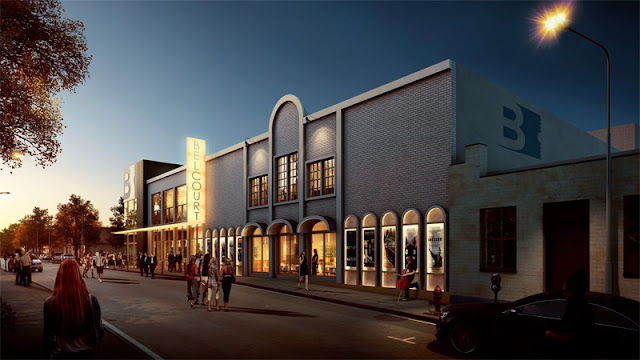 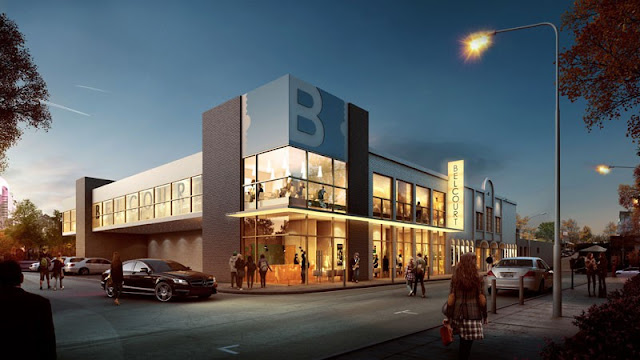 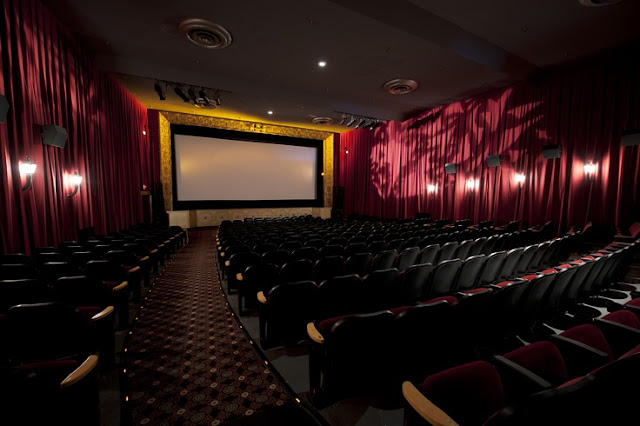 Going Attractions - the Definitive Story of the American Drive-in Movie

I got a DVD in the mail that I have been meaning to tell you all about for some time now. It is called "Going Attractions - the Definitive Story of the American Drive-in Movie," and it is fantastic! 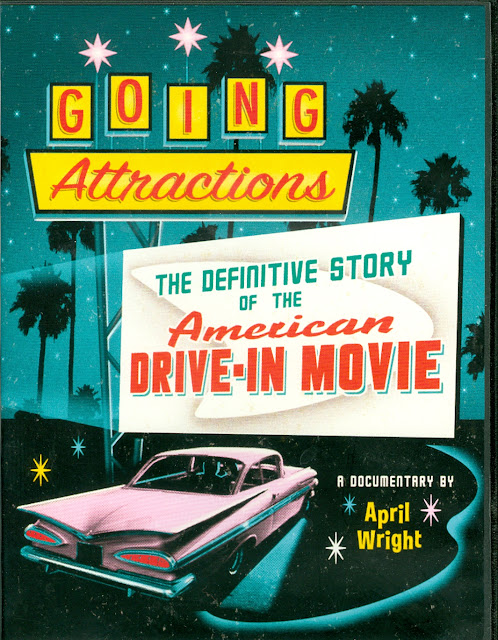 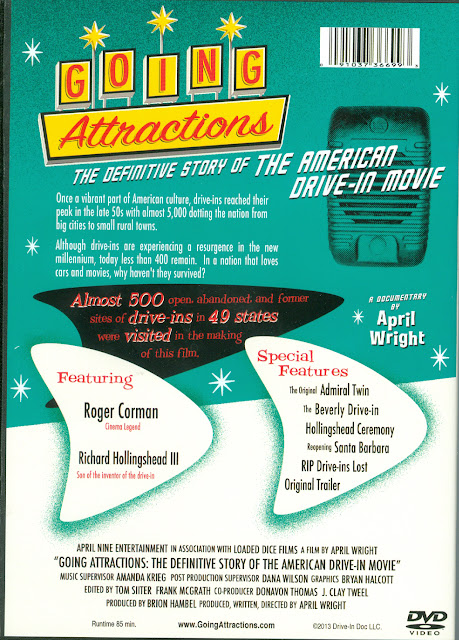 Going Attractions is a documentary that takes a look at the time-honored tradition of the Drive-in movie theater. Tracing the roots back to its beginning and following it through its decline and near-extinction in the 80s, all the way to the recent revival and digital revolution, this is a really well made and entertaining documentary.

I had the pleasure of seeing it projected on a drive-in screen back in 2013, when it was shown at the Stardust Drive-in in Watertown, TN. Director April Wright was there too, and she was super friendly and a pleasure to talk with. The documentary features a plethora of drive-in ads, memorabilia, and footage as well as interviews with owners across the country, and even segments with director Roger Corman. Definitely a DVD you will want in your collection. AND she is working on a new series - not sure where this will air, but this promo popped up on her Youtube channel recently, and promises to be fun. I'm a huge Joe Bob fan, and he is the perfect host for a series spotlighting drive-ins. Keep an eye out for this one, and I'll post more info as I get it!

I was talking with my friend Robert Taylor recently, and the topic of some of Price's personal memorabilia came up. Robert owns a ton of personal items that were owned by Vincent himself, and the following pictures are some I thought I'd share - with Robert's permission.

Below you see a collection of books -the ones in back were all owned by Vincent Price, and are mostly art books. According to Robert, Vincent signed the inside of every book he owned. The ones in front are Robert's own books by, or about, Vincent. 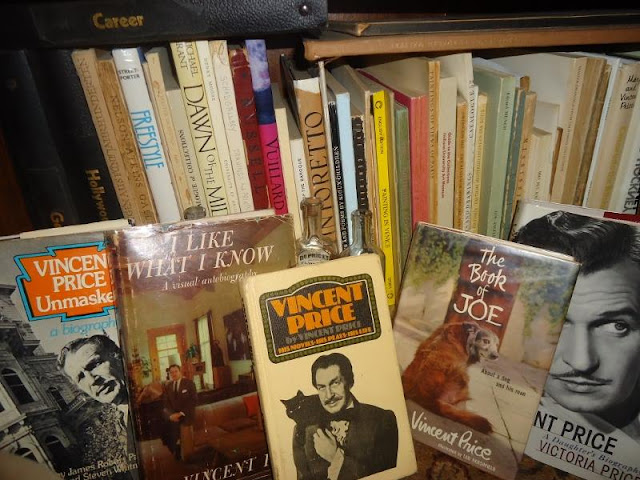 We were talking specifically about the book that Vincent wrote, THE BOOK OF JOE, dedicated to his favorite pet, his beloved dog Joe. Below is Price's personal copy of that book, as well as a few other books that WERE CHEWED BY JOE. The pup was cutting his teeth, and apparently chose to do so on Vincent's books. I can't imagine he was really upset about it, though! 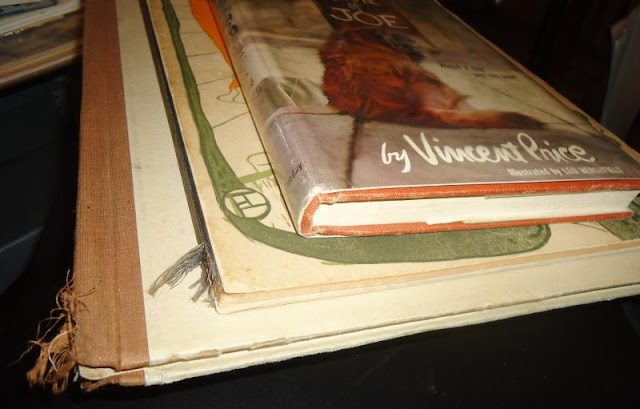