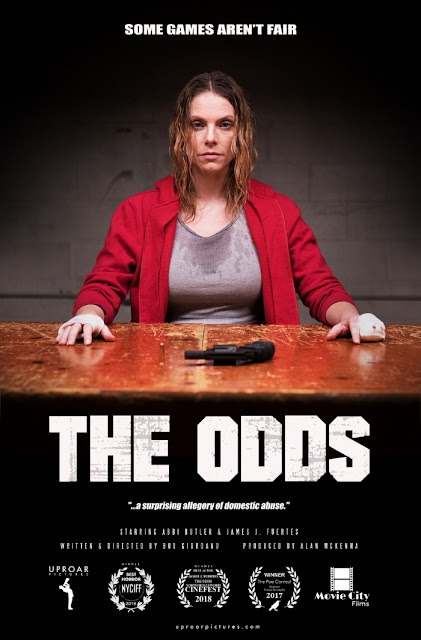 The bulk of the story of THE ODDS involves the back and forth dialogue between the two main actors. It would be easy to become bored with a 107-minute movie featuring just two characters, but that isn’t the case here. The script is well-written and builds tension throughout, engaging the viewer and drawing them in with excellent performances from the two leads. 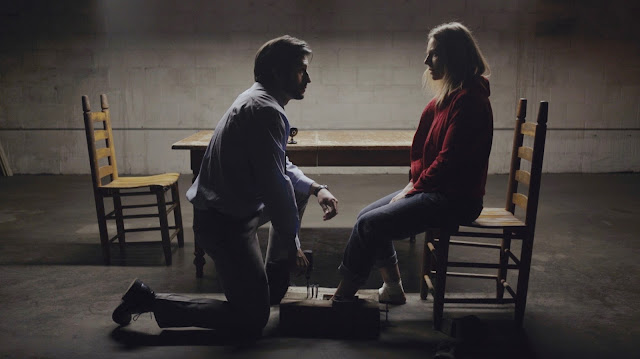 The violence may be tough to watch in places for some people, but I thought the film did an excellent job presenting it without wallowing in it, walking that fine line without crossing into torture-porn territory. I found it an entertaining film, and worth tracking down. I understand a sequel in in the works, as well.

The Odds is currently making the festival circuit and will be screening at this year’s Nashville Film Festival on Friday May 11th, 9pm, and Thursday May 17 at 8:30pm.
at Monday, April 23, 2018 3 comments: