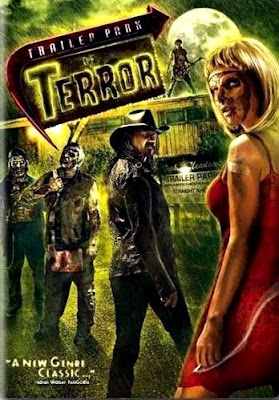 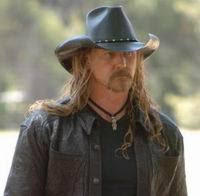 I recently had a birthday, and my good buddy Tim Lucas, editor of Video Watchdog magazine posted a pretty cool little poem over on the Classic Horror Film Board:

There once was a doc named Gangrene
Who brought horror to the Nashville scene
He'd give lectures about why
The brain wouldn't die
And why zombies find flesh fine cuisine.

One man crazy, many many satisfied spectators!


Many thanks, Tim! Really neat poem !!

ps - I want to encourage everyone to check out Tim's Videowatchblog - very entertaining and well written blog updated much more regularly than mine!!
at Thursday, September 18, 2008 No comments:

Dr Gangrene's Creature Feature back on the air

Dr Gangrene's Creature Feature is back on the scarewaves! Here's the update I mailed out to folks today...

Join the mad medico and his lovely assistant Nurse Moan-eek as they present a new fright flick every Saturday afternoon at 1pm during September and October.

The doctor is celebrating his 10th season as Nashville's horror host, and this season has added a new feature to the films - FACT-O-RAMA! So be sure to tune in every week - the first film in the new season is the schlocky grade z-movie THE BRAIN THAT WOULDN'T DIE, which features a living decapitated head, mad scientist, mutated monster in a closet, strippers and more!! 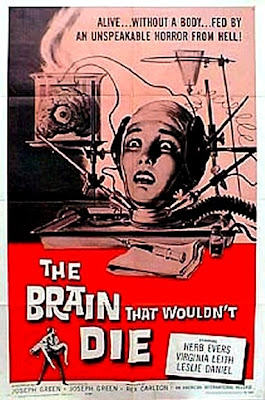 Other movies in the lineup include THE LAST MAN ON EARTH (the first filmed version of I am Legend starring Vincent Price), WHITE ZOMBIE starring Bela Lugosi, Hammer films' THE HOUSE THAT DRIPPED BLOOD starring Peter Cushing and Christopher Lee, and the horror classic NIGHT OF THE LIVING DEAD.
at Thursday, September 04, 2008 No comments: