Here's another episode of Dr. Gangrene Presents, from 1959 - Written and directed by Curt Siodmak.

Don (John Crawford) is a photographer with no respect for women. He heads on vacation to relax his overstressed mind, but ends up murdering a beautiful and strange woman he meets there. Once back home he can't seem to be free of this haunting woman...

This is the Halloween 2000 episode of Chiller Cinema, featuring Dr. Gangrene paying tribute to his own horror host growing up, Sir Cecil Creape, and showing original footage from Sir Cecil's 70s show Creature Feature. The doc also visits a haunted house in Lebanon, TN, called The Fear Factory, which was located in an abandoned coffin factory. Originally aired 10/26/2000

In this episode of Chiller Cinema Dr. Gangrene visits the Nashville Horror Festival, and interviews Dick Warlock, artist Jeff Pittarelli, and others, while Nurse Deadbody holds things down on Shackle Island. Originally aired 11-09-2000. 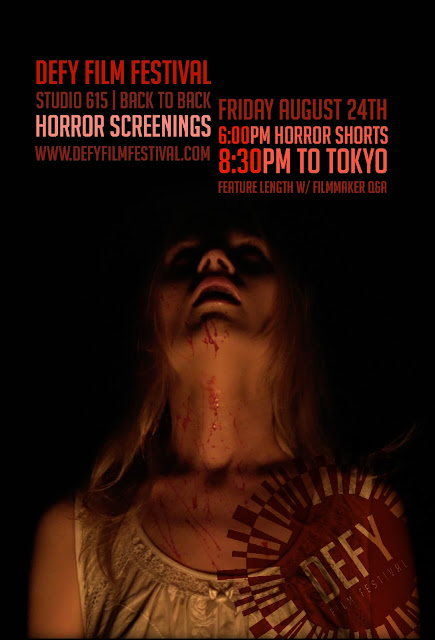 I found out about this upcoming film festival recently that sounds pretty cool, and wanted to pass the info along.

It's the Defy Film Festival, in its 3rd year - Short films screen early in the evening followed by a feature-length Japanese horror film called "To Tokyo". It's at Studio 615, which I haven't been to yet, in Nashville, TN.