It is my extreme honor to announce that this blog won a Rondo award for
Best Horror Blog of 2014! 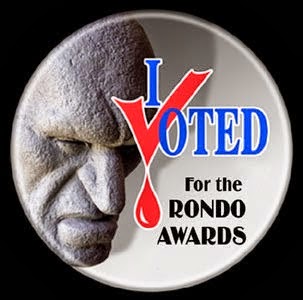 Thanks so much to everyone who voted for Dr. Gangrene in the Rondo Awards this year.

2015 has been a great year - First Dr. Gangrene was inducted into the Horror Host Hall of Fame in March, and now a Rondo win too!

This is a category that means a lot to me, as I work hard posting content, reviews, interviews, videos and more throughout the year. It is doubly special as this is the third Rondo Award I've won, and as my friends have heard me say, when i pass away i want to be able to leave one of these for each of my sons. Now I can!

Congratulations to all the other nominees and winners, and a huge thanks to David Colton for all your hard work and for keeping the Rondo Awards alive! 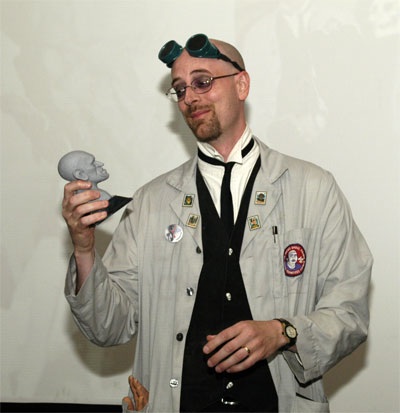 The latest trailer for the Fantastic Four movie, due out in August, has hit now. In it we get a better glimpse of the tone of this film and the characters in it.

The description on the trailer says:

"FANTASTIC FOUR, a contemporary re-imagining of Marvel’s original and longest-running superhero team, centers on four young outsiders who teleport to an alternate and dangerous universe, which alters their physical form in shocking ways. "

And that, right THERE, is the crux of the problem I have with this film. It's Marvel's longest running superhero team, created by the genius of Stan Lee and Jack Kirby. Therefore show it the respect it deserves, and make the film faithful to the source material.

But no, like so many other "remakes" or "re-imaginings," what you have instead is lesser-talented individuals who pervert the creative work of others. It's nothing short of bastardization.

The makers of this film don't give a damn about the source material, other than to cash-in on the popularity of the brand name. Every comic book fan out there should shun this film for that reason alone.

And the way they made changes to the source material is, frankly, insulting. All of the characters are, predictably, younger. The human torch is now black, for some reason, but his sister is white. Because, you know, we want to be politically correct but not TOO politically correct. We can't have TWO black characters in a film. So instead we'll make them step-siblings. Cool.

No, not cool - it's manipulative and shallow and people should be smart enough to see this dumbass ploy for what it is. They're brother and sister - make them both black, or asian, or white or whatever you want, because otherwise changing the plot to keep Sue white reeks of racism from the filmmakers.

Dr. Doom, the Fantastic Four's arch-nemisis, is no longer the ruler of the country of Latveria, he is instead now an internet blogger. No I didn't make that up. That is these filmmakers' idea of an evil villain. And no, the irony of writing about what a dumb idea for a supervillian a blogger is - on a blog - isn't lost on me.

I honestly don't know who this film is intended for. Not fans of the comic, that's for sure. You just took their much-lauded comic, the longest running one in the Marvel Universe, and pissed on it.

If you wanted to make a story about kids who get sucked into another universe and gain superpowers, make that story, but call it something else. But then you would lose the ability to cash-in on the Fantastic Four brand name, and that's what this is all about.

I hope this film flops. I hope Marvel in turn gets this back and makes a proper version of it, and puts it back in the Marvel Universe where it belongs. At least Ant-Man is being released in July. Maybe I can catch a rerun of that week instead.

"Create your own collection of delightful shrunken heads" - Vincent Price


One of the oddest and coolest games Milton Bradley put out in the seventies was the Shrunken Head Apple Sculpture kit. Designed for kids to carve faces into peeled apples and shrink them with the heat of a lightbulb, the best part of this "game" was the cover - it featured a beautiful illustration of Vincent Price, the spokesman for this product. In this video I take a closer look at this kit and its contents. They don't make 'em like this anymore! 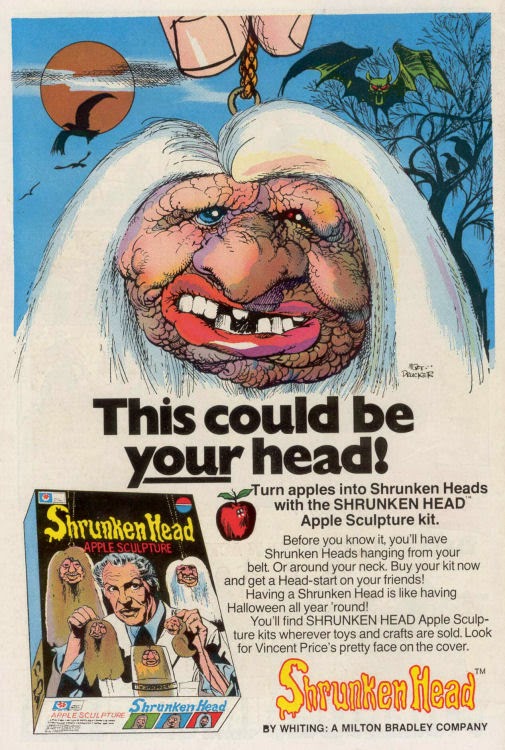 The Fantastic Films of Vincent Price #31

The latest episode THE FANTASTIC FILMS OF VINCENT PRICE, an ongoing exploration through the filmography of Vincent Price, is now online - featuring a look at the 1954 Bob Hope comedy CASANOVA'S BIG NIGHT. Price appears briefly in this one, at the beginning, as the titular Casanova. Hope is then mistaken for the famed lover, and hijinks ensue!

About this series: Dr. Gangrene, Physician of Fright and Award-winning Nashville-based TV Horror Host, explores the films of the merchant of menace, Vincent Price, in chronological order from first to last, approaching them from a scholarly perspective, offering commentary, review and criticism.
at Thursday, April 16, 2015 No comments: 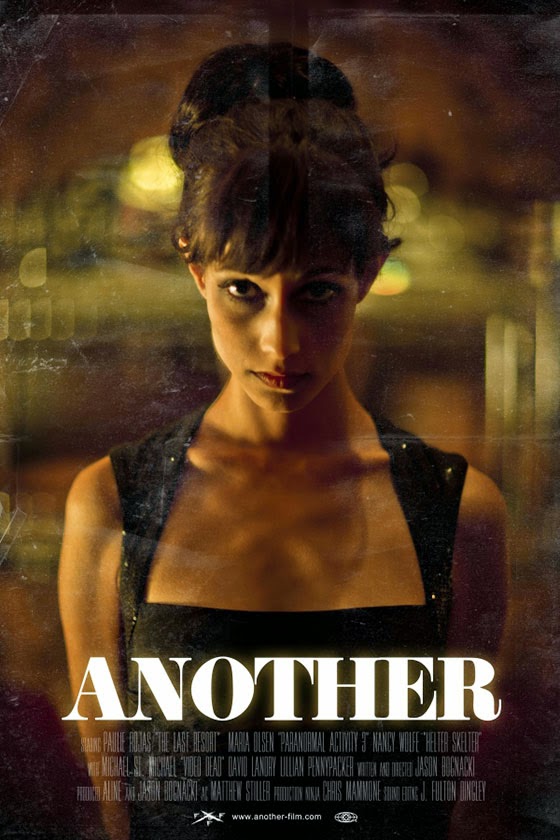 The Nashville Film Festival
kicks off tomorrow, and this year there are some terrific horror entries! Here is a quick guide for those attending, with a horror pick a day to keep you fright fans happy! Each feature screens with one or more accompanying horror short films, too. This should be a lot of fun!

Enjoy, and see you there!!

Another - THURSDAY APRIL 16 - 9:30pm
Director: Jason Bognacki. USA. | A beautiful young woman is driven into a dark underworld of demonic possession, desire, and extreme indulgences when she learns she may be the devil’s kin. Southeast US Premiere.

Ladies of the House - FRIDAY APRIL 17 - 10pm
Director: John Stuart Wildman. USA. | A birthday outing with two brothers and a friend turns into a horrific fight for survival after they become trapped in a house with a “family” of malevolent women.


Cub - SATURDAY APRIL 18 - 10pm
Director: Jonas Govaerts. Belgium. | A troupe of young Cub Scouts find themselves stalked by a psychopathic huntsman who has riddled the forest with ingenious and deadly traps.


Sufferland - SUNDAY APRIL 19 - 9:30pm
Director: Linear Downfall. USA. | A walk through the many compartmentalized landscapes in the mind of a tormented girl who is under the control of a tormented man. World Premiere.

They Look Like People - MONDAY APRIL 20 - 9:30pm
Director: Perry Blackshear. USA. | Suspecting that those around him are actually malevolent shape-shifters, a troubled man questions whether to protect his only friend from an impending war, or from himself. Southeast US Premiere.


Felt - TUESDAY APRIL 21 - 10pm
Director: Jason Banker. USA. | A woman creates an alter ego in hopes of overcoming the trauma inflicted by men in her life.

I don't usually promote crowd funding campaigns, but this is one that is near and dear to my black heart. Cult Fiction Underground is the coolest hangout joint in Nashville. Equal parts bar/theater/lounge, it is a mecca for Middle TN movie and music lovers, and home of all things weird and cool.

Please take a minute and check out the link, and donate if you can. This place rocks, and will become a real gem in the midstate area. 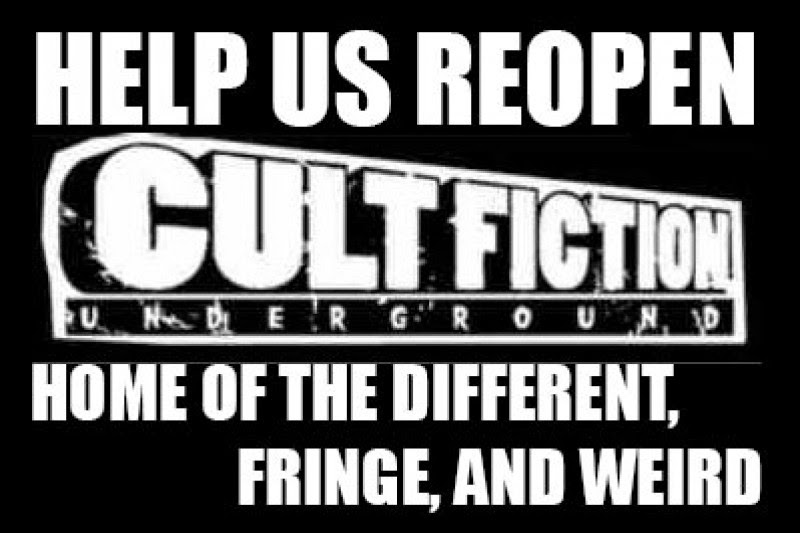 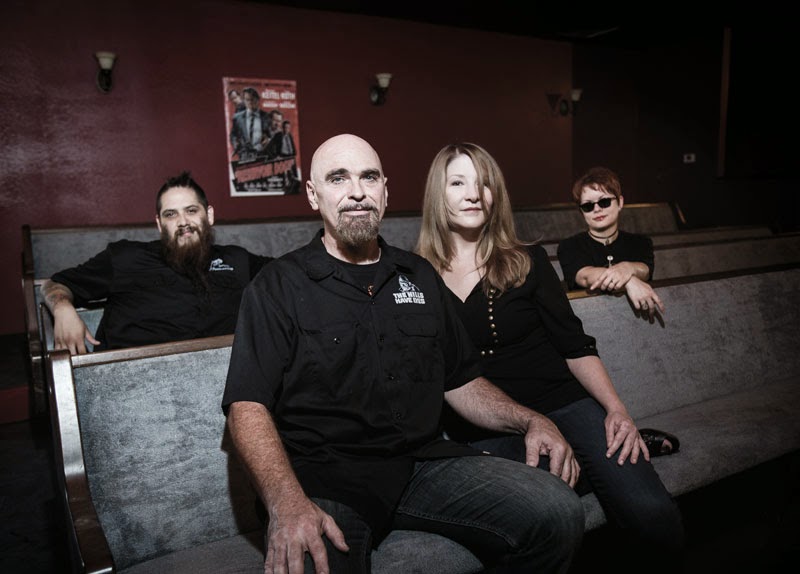 Episode #30 of The Fantastic Films of Vincent Price takes a look at the 1954 film-noir, DANGEROUS MISSION.

A woman named Louise (Piper Laurie) witnesses a mob murder and flees to a resort in Glacier National Park. Vincent Price, a photographer vacationing at the resort, is secretly a mob hit man sent to kill her, and Victor Mature an undercover agent sent to protect the witness.


About this series:
Dr. Gangrene, Physician of Fright and Award-winning Nashville-based TV Horror Host, explores the films of the merchant of menace, Vincent Price, in chronological order from first to last, approaching them from a scholarly perspective, offering commentary, review and criticism.
at Thursday, April 09, 2015 No comments:

Episode 29 of The Fantastic Films of Vincent Price features a look at one of my favorites, as well as arguably the single most influential film of his career, HOUSE OF WAX. This is Price's first true horror film, and set the stage for a long career as Master of the Macabre.


Vincent Price stars as Professor Jarrod, proprietor of a Wax museum specializing in gruesome scenes of terror. With his mute assistant Igor (Charles Bronson) they have a unique method of creating all too lifelike figures for their museum...

About this series: Dr. Gangrene, Physician of Fright and Award-winning Nashville-based TV Horror Host, explores the films of the merchant of menace, Vincent Price, in chronological order from first to last, approaching them from a scholarly perspective, offering commentary, review and criticism.
at Saturday, April 04, 2015 No comments: