You're a Wonder, Wonder Woman!!

While I was surfing the web this morning I stumbled across the website IESB.net. It's a movie news site, and among the various movie rumors/news/gossip was a report about the upcoming (still in planning/production stages) JUSTICE LEAGUE movie. Various cast rumors were being discussed, and among them, Wonder Woman!

Now, I've never been a huge Wonder Woman fan, but I sure did watch the 70s TV show starring Linda Carter. That was one groovy show, and I managed to watch it regularly. It was a real product of the 70s - Linda Carter did a great job with what they gave her to work with, and she looked great in the suit.
The Justice League movie is actually slated for a 2010 release, according to IMDB - but there is also a Wonder Woman film in the works for 2009, again according to IMDB. So who would they cast to play Wonder Woman in the new movies?

Well among the rumors floating about on IESB.net was this one from September 2007:
Jessica Biel 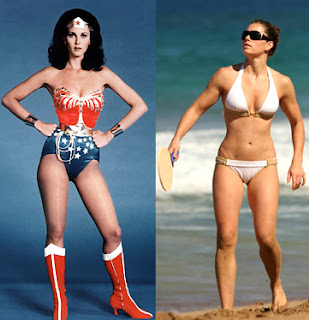 On first glance, I'd say Jessica looks too young when compared to Linda Carter. But, Linda was actually only 24 years old when Wonder Woman first hit the airwaves in 1975, which puts Jessica Biel actually a year older than Linda was when they started shooting the series! She certainly has the physique, and she did a fine job in the movies I've seen her in. I think she'd be a great choice.
One thing they'll have to be careful about, if they cast Jessica as Wonder Woman - next to her they'll definitely have to have someone other than Brandon Routh play Superman - she's more buff than he was in Superman Returns, without a doubt!
Regardless of who they cast in either film, one thing is guaranteed - the theme song won't be anywhere near as good as the TV show!!
at Friday, November 30, 2007

Here is the second part of the Inner Sanctum radio broadcast I posted yesterday starring Boris Karloff. These old time radio shows are a LOT of fun. I have been downloading a ton of "Lights Out" shows lately. There are lots of sites nowadays that have these and other radio shows available for free download. Gotta love the internet!!

You just gotta love youtube. Type in Boris Karloff and you get tons of fun clips. Here is an old time radio clip of Boris Karloff from the Inner Sanctum, part 1. As I was saying earlier... Boris has the greatest voice. Enjoy!! 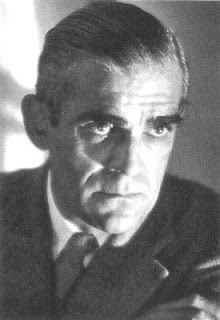 November 23rd was the birth date of William Henry Pratt, better known to the world as Boris Karloff. Boris would have turned 120 this past Friday! Boris' birthday is always easy for me to remember as it is also my mother's birthday. I celebrated the evening watching House of Frankenstein with my ten year old son.

I have always had a soft spot in my heart for good ole' Boris. From Frankenstein all the way to The Snake People, I don't believe he ever delivered a performance I didn't enjoy - even if the film was a stinker, Boris was enjoyable. From all accounts he was a genuinely nice guy, which just makes me appreciate him all the more.

Boris shared that great quality all the classic horror stars of yesteryear seemed to have - an amazing voice. I have always said I could listen to Vincent Price read a grocery list and still be entertained, and the same is true for Boris. His voice is what makes "How The Grinch Stole Christmas" so special. He was a one of a kind, and I always thought it great that he embraced his monster past, rather than feeling typecast. He once said "The monster was the best friend I ever had." Too true.

Below is a shot from one of my favorite Thriller episodes, "The Incredible Dr. Markeson." Boris plays a demented mad scientist with a rather ghoulish plan for revenge. Happy birthday, Boris. 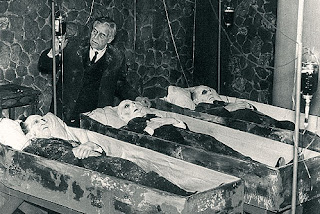 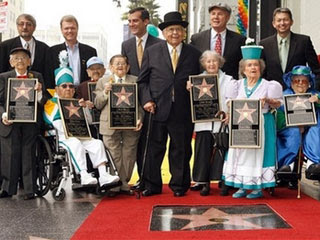 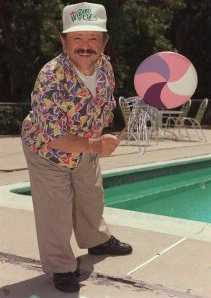 
So you go Jerry. You proved what a big star you are afterwards, I guess! Congratulations.
at Tuesday, November 27, 2007 No comments:


It is with great sadness that I report the passing of
Lexington KY horror host I. Zombie. 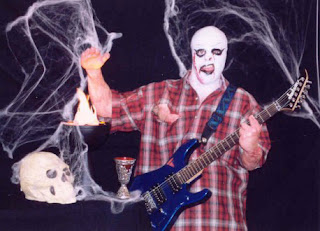 I. Zombie was played by Hayden Milligan, one of the genuinely nicest people you could ever hope to meet. Virtually everyone who knew Hayden was touched by his gentleness and courage. He overcame tremendous odds by creating and performing despite horrible burns over the majority of his body at the age of two. He underwent years of physical therapy growing up. He never let his affliction hold him back, despite the odds being stacked against him. He worked out, played guitar, dressed as an Elvis Impersonator, ran his own video company, and hosted movies on "The Witching Hour." Hayden was a friend and a true inspiration. He found out earlier this year he had inoperable cancer, a final unfair blow to one who had suffered so much in this life. Farewell Hayden, you will be missed.

Seems almost every other movie nowadays is a horror title, which I have to say I am quite happy about. I remember the drought of horror films in the early 90s where it almost seemed the genre was dying. 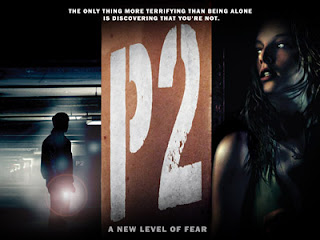 I received a press release the other day about P2. I have to admit I'd seen the previews on TV but wasn't too sure about it. Here is the setup:


It's Christmas Eve. Angela Bridges (Rachel Nichols- “Alias”), an ambitious young executive, works late before she leaves for her family's holiday party. When she gets down to the parking garage, she discovers that her car won't start. The garage is deserted and her cell phone doesn't get a signal underground. When Thomas (Wes Bentley- AMERICAN BEAUTY), a friendly security guard, comes along and offers to help, Angela nervously accepts his gesture of good will. Soon after a failed attempt to start her car, he invites her to stay and share a small Christmas dinner he's preparing in the parking office, but she laughs it off. Angela doesn't realize this is no laughing matter – Thomas has been watching her closely...for months. His dinner invitation is not optional. If Angela wants to live to see Christmas morning, she must find a way to escape from level P2 of the parking garage. 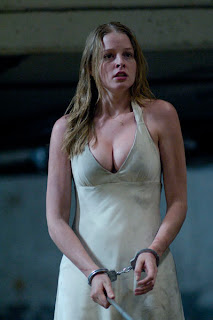 Will be interesting to see if this movie does well. It has some stiff competition with the Christmas season coming up. The fact it's a Christmas themed film had to play into the release date. This film will probably play well with the younger audience, which is the target audience, I'd think. Interesting how every film has to write in an excuse for why cell phones won't work. Sign of the times, eh?
at Saturday, November 17, 2007 No comments:

We now have a date for the next Creature Feature.
The show that night will be: 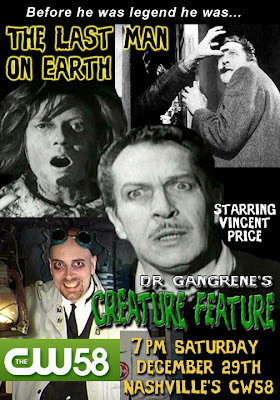 The Last Man on Earth!

It will air Saturday, December 29th at 7pm on Nashville's CW58.

If you live in the Middle TN or Southern KY area, make plans now to check it out!!
at Saturday, November 17, 2007 No comments: 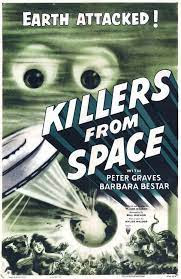