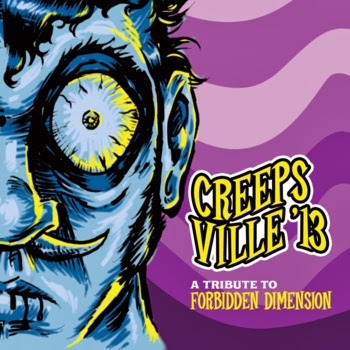 CREEPSVILLE ’13: A TRIBUTE TO FORBIDDEN DIMENSION can be ordered today at www.creepsville13.com. Purchase of CD (shipping 10/21) includes immediate download of CREEPSVILLE ’13.
at Friday, January 24, 2014 No comments:

Fundraiser Campaign I hope you guys will support

I haven't promoted a lot of fundraiser campaigns over the years, as I either didn't know the filmmakers personally or anything about the project, and therefore it was difficult for me to vouch for the people behind them. I've softened my stance toward them a little over the last few months, and even had some folks hold one that involved my character as the host of a comic book, a horror anthology book, which was pretty cool. But the fundraiser campaign I'm about to mention is way more special and important than any of the ones I've mentioned before, and I wanted to share it in hopes you might be able to contribute in some way... 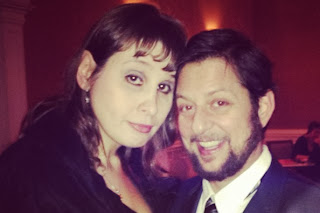 Danielle and Magoo Gelehrter are a married couple who are really close friends of mine. They also happen to be TV horror hosts like myself, hosts of the 2-time Rondo Award winning (for best horror Host) show SHILLING SHOCKERS, where they portray hosts Penny Dreadful and Garou the werewolf. 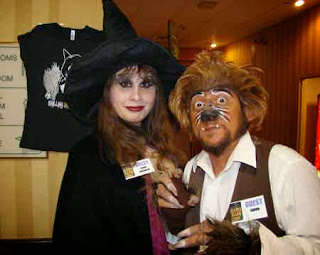 I first met Danielle and Magoo at Wonderfest in Louisville and we hit it off immediately, becoming fast friends.  We stayed in touch, and in 2010 we made the Dreadful Hallowgreen Special together, a short film/crossover combining their hosts and Dr. Gangrene in an adventure to save Halloween. It was great fun making the movie and the working relationship couldn't have been easier. 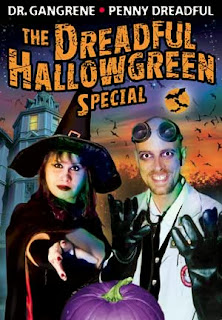 Magoo (yes that's his real name) was diagnosed with Cancer in October 2012, and has been battling it ever since. They have incurred tremendous medical bills in the process, naturally, and that is what this fundraiser is all about - helping out some really terrific folks in their time of need. If you talk to anyone who has ever met Danielle or Magoo in person the first thing you hear is about what nice people they are. And it's true. They are two of the kindest and most generous folks you'll meet, and they make a fantastic show, too.

So I'm asking for your help. If you can give anything, please consider clicking this link and doing so:

Over the years I've met some of the nicest people at horror conventions. The horror community is an amazing collection of people, and I know you guys can help. Doesn't matter the size of the donation, every little bit helps. Unfortunately Magoo is unable to work because of his condition and the toll his treatment is taking onhim. So they can use all the help they can get.
Thanks.

To find out more about this campaign go to: http://www.gofundme.com/5wdoy8

To learn more about their TV Show, Shilling Shockers, and to purchase copies of their show, go to:
http://www.shillingshockers.com/

Thanks again,
Larry Underwood, aka Dr. Gangrene
at Wednesday, January 01, 2014 No comments: