I have some great news to share today - Canada's premiere shock and roll band FORBIDDEN DIMENSION (this year's headliner at the Horror Hootenanny in October) have released a brand new album, and it's a behemoth!

It features a deluxe, full-color, 24-page booklet with heaps of previously unseen photos and artwork, plus an 18-page essay by Jackson Phibes chronicling 25 years of The Forbidden Dimension.

It is all presented within a killer cover and Japanese-style OBI-strip designed by Tom Bagley.


This is a must have for Forbidden Dimension fans and fans of horror rock in general. Visit www.soundsescaping.com for all the details on how to get yours today! 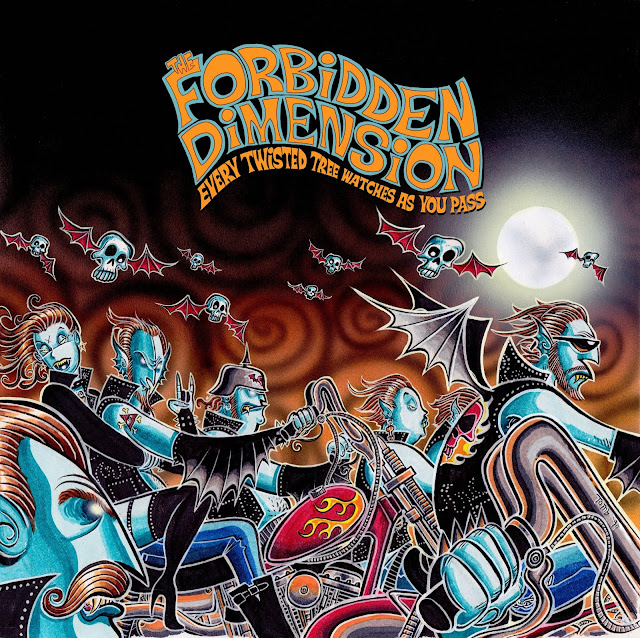 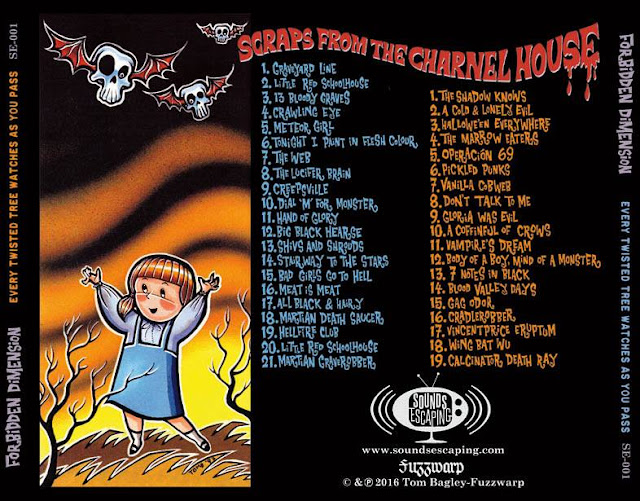 Click the press release below to enlarge and find out even more frightening details... 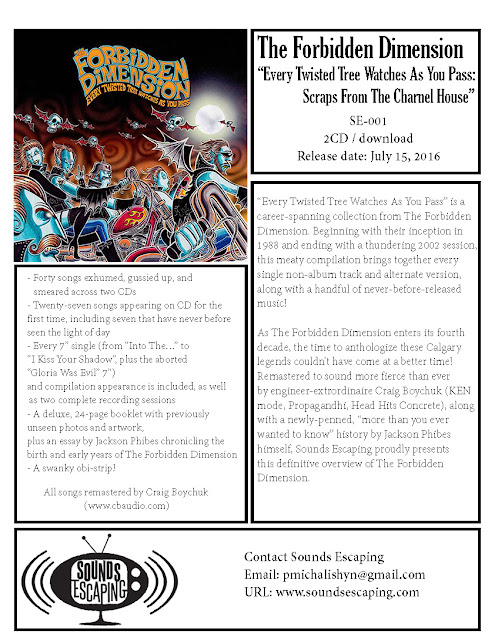 The Fantastic Films of Vincent Price #66 - The Jackals

A traditional Western in South Africa? Yep, that's what you get in THE JACKALS, 1967. This is a remake of the Gregory Peck Western Yellow Sky, set and shot on location in South Africa. Price plays a prospector name Oupa who lives alone in the Barren lands with his Granddaughter Willie, mining and collecting gold. A band of bank robbers on the run from the law stumble onto their land, and decide they want that gold for themselves.