The Brain that Wouldn't Die Fiasco

* UPDATE - Since the time of this posting SHOUT! Factory has reviewed and released their claim. See the full update here.


I've been posting episodes of my CREATURE FEATURE TV series on YouTube lately, and last week decided to post the THE BRAIN THAT WOULDN'T DIE episode. That one originally aired April 8, 2006 on Nashville's CW58 - almost 10 years ago to the day I type this. It was one we spent a little more time on than usual with set design, lighting, and skits. It turned out really well, and I looked forward to sharing it. 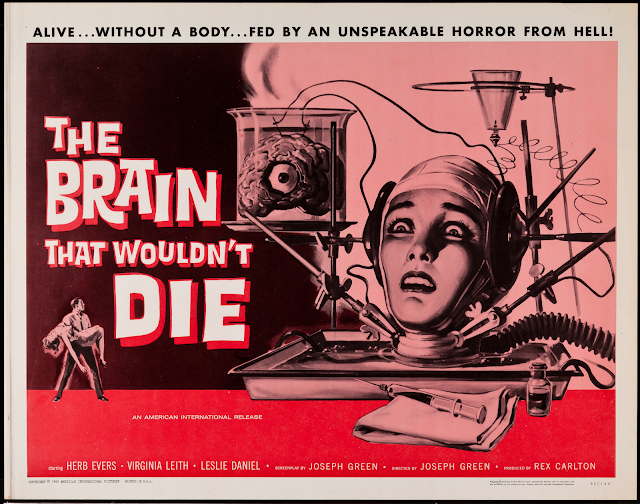 However, within fifteen minutes of posting this video on YouTube I received eight copyright claims against it. This will sound familiar to anyone who has dealt with YouTube lately. It is common practice for people to try and claim copyright on well-known public domain films such as THE BRAIN THAT WOULDN'T DIE. They are bogus claims and are usually dropped once a dispute is placed. That wasn't the case this time, however.


For those not familiar with the process, the way it works is you post a video and if there are copyright claims against the video you receive email notification from YouTube informing you who is making the claim and against what element of your video (video, music, etc). From that point on the claimant is granted immediate rights to your video, meaning they can monetize it and make money off your video, block it in certain parts of the world, or even force it down immediately and give you a copyright strike.


Your only option at that point, if you feel the claim is unjustified, is to file a dispute. I did this, as seven of the claims were against music and clearly bogus claims from non-existent companies. One of the claims, however, was for the video itself, and came from SHOUT! FACTORY.

Now Shout! Factory is a well known video distribution company. They make great products, and I love their work. Their claim to own THE BRAIN THAT WOULDN'T DIE, however, is complete and utter horseshit.


THE BRAIN THAT WOULDN'T DIE is a 1962 b-horror film directed by Joseph Green, written and produced by Rex Carlton. it's a wonderfully trashy mad-science flick about a doctor who keeps his wife's severed head alive in a tray while searching for a replacement body in the local strip clubs.


It is also clearly in the public domain.

On September 29th, 1988 Rex Carlton Productions filed for copyright renewal of this film - the case # is PA#399511. They cited 1959 as the year of production and October 31, 1962 as date of publication.  Their copyright was NOT renewed, meaning the film was now in the public domain.


Skip forward to August 26th, 1993. A company named BEST BRAINS INC. filed for copyright of this film, case # PA668-012. it was for Mystery Science Theater 3000 #513, THE BRAIN THAT WOULDN'T DIE. Copyright was granted, but it extended ONLY TO NEW MATERIAL - i.e. host bits of MST and their running commentary.

This is important to remember because MST is now distributed by, you guessed it, SHOUT! FACTORY, the company that is claiming on YouTube to own the entire film THE BRAIN THAT WOULDN'T DIE. They do not. I disputed this and within 24 hours was told that Shout! Factory reviewed my claim and decided they still own it. End of story. 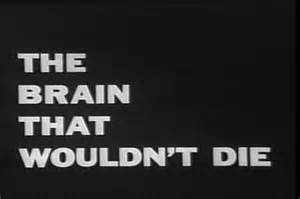 Now my only recourse at this point is to file a formal appeal, but, here's the thing. It goes straight back to the claimant - Shout! Factory in this case - who simply says yes or no to owning it once again. There is no review process by YouTube, the claimant does not have to show proof of ownership, nothing. YouTube simply takes them on their word and upholds their case. I would at this point receive a copyright strike against my channel, meaning I lose rights to monetize any of the videos on my channel for 6 months. Any channel that receives three strikes is permanently removed!


So at this point there is nothing to do. I could just leave the video up and let Shout! Factory make money off my video, but it is the principal of the matter. they don't own this film. IT IS IN THE PUBLIC DOMAIN. They know fully well they don't own it. I did not use any elements from the Mystery Science Theater version of this film. I've never even seen the MST episode. Anyone who knows me knows I'm not a fan of their show, never have been. I respect what they've accomplished, but I'm not a fan. My material is 100% my own. The movie footage I used was from a copyright free copy of the movie. 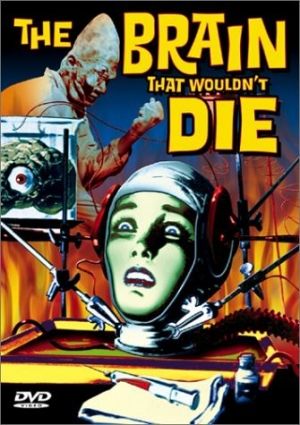 ALPHA VIDEO version
of The Brain that Wouldn't Die


SO, SHOUT! FACTORY, if you see this post, please respond. You can reach me through email drgangrene at hotmail.com. If you really think you own this film, then I would love to know on what basis...


You distributed the impressive 2015 blu-ray edition of the film, and certainly own that cleaned-up edition - and you distribute the 1993 MST version, and clearly own that as well. But neither of those make you copyright owner of this movie. It is 100% in the public domain. The Rex Carlton Production company - who shot the film - couldn't renew copyright on it, and neither can you.


I am going to find another place to post this entire episode for folks to enjoy. In the meantime, I'll post just my host bits on YouTube, unless Shout! Factory decides to block that too.


Here is a link to the film on archive.org for those wishing to see the movie in its entirety:
https://archive.org/details/TheBrainThatWouldntDie_300


Note it's filed under PUBLIC DOMAIN.