It was the end of an era - and the beginning of a new one. With this issue publisher Dennis Druktennis ended his tenure as publisher of the magazine. it was a bittersweet event, as all his hard work and sacrifice over the years finally paid off and he reached the magic 100 number, which was his personal goal from day one.


he handed the reins of the magazine over to current publishers Don and Vicki Smeraldi, who have continued to keep this well oiled machine chugging right along and even breathed some fresh energy into it.


For issue #100 I reached out to some of my horror host brethren and got a quote from them to congratulate Dennis on reaching this milestone. Among those I talked to was Zacherley - I called him up at his apartment on a Saturday afternoon. he was relaxing and watching a Yankees baseball game. That was the last time I spoke to Zach, who passed away last week. I'm really glad I was able to include him in this column. He was a true one of a kind. As is Scary monsters Magazine, and here's hoping the next 100 issues are just as monsterific! 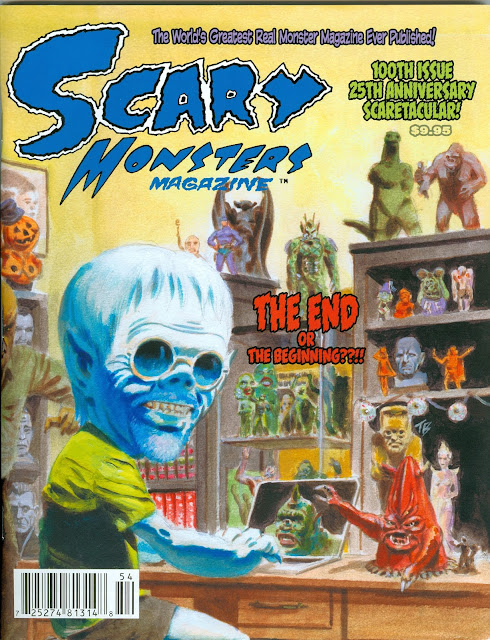 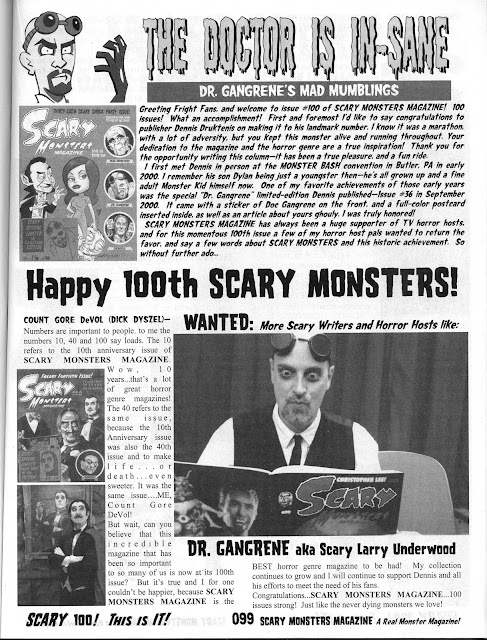 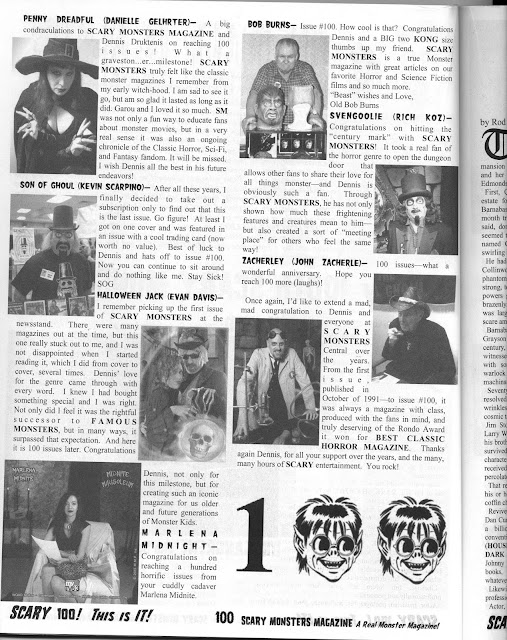