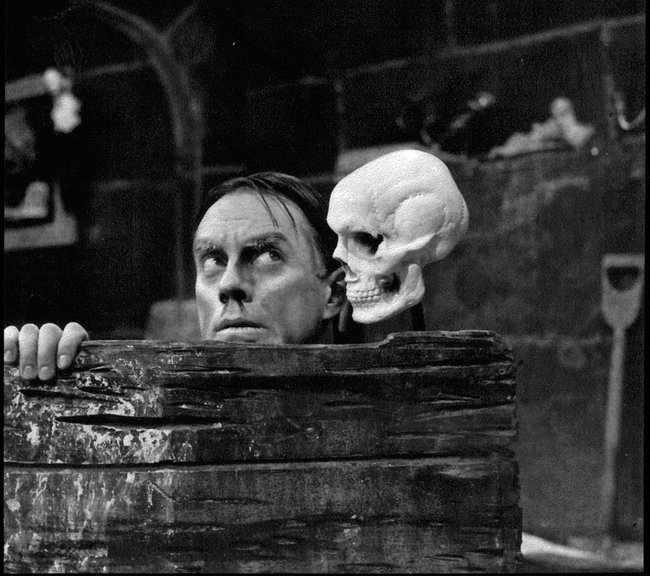 Legends. Icons. People throw around words like those far too often nowadays. It is rare that a person rises to the very top of their chosen profession and becomes the undisputed best at what they do.


But John Zacherle, aka Zacherley, aka Roland (emphasis on the RO), was just that. He was the very epitome of a TV horror host, the definition of the word. The gold standard all other hosts aimed for. 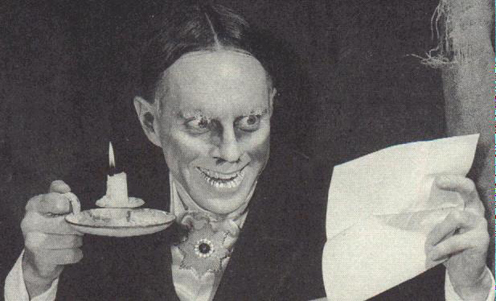 Zacherley pioneered techniques that are used to this very day by horror hosts everywhere, including the “cut-in”, where he would insert himself into the movie as if he were part of the action. This back in the 1950s, mind you, decades before green screen technology. His madcap experiments and zany skits were the stuff of legend, and imitated by hosts to this very day. 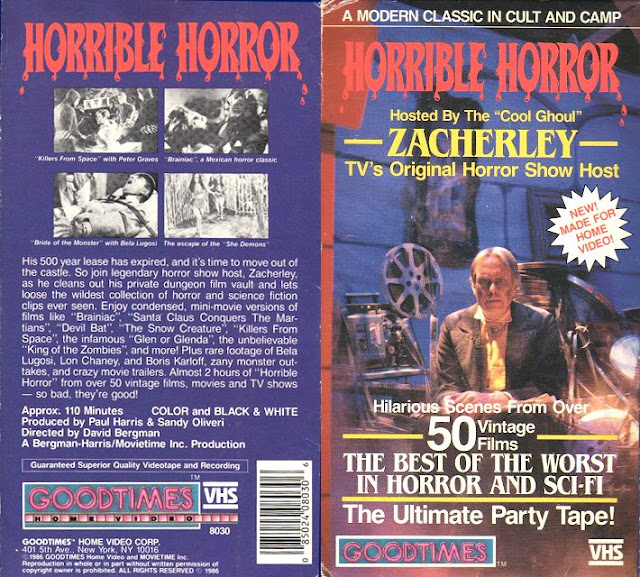 He had a long career that touched many areas, including hosting American Bandstand and Zacherley’s Disco Teen, being a radio deejay, recording a number of monster novelty records with songs that cracked the top 10 on the Billboard charts, appeared on the cover of Famous Monsters Magazine, edited two paperback anthologies of horror stories, hosted the Horrible Horrors VHS compilation, was a regular staple of the Chiller Theater Expo conventions and so much more. Check out his website to learn more at http://zacherley.com 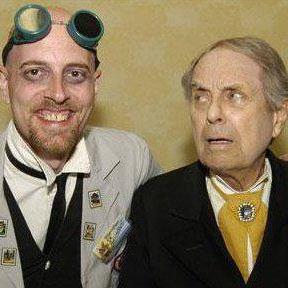 But above and beyond all of that he was a great guy. I got the chance to meet Zach at the Wonderfest convention in Louisville, KY in 2007. I will always be indebted to Dave Conover and the WF convention for that opportunity. That weekend I was part of a panel on horror hosting alongside Zacherley, and a photo of the two of us taken there by Eileen Colton even appeared in USA Today. 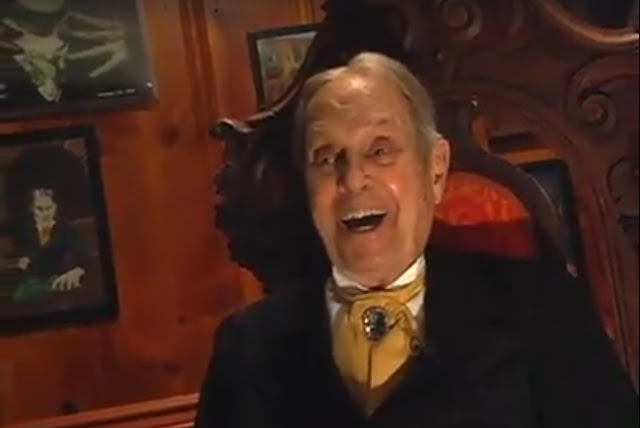 I later did a painting of Zacherley that I ended up mailing to him. I never said anything about it publically, as I just wanted this to be a gift for him. He loved it, and I later spotted it in another horror host’s (Karlos Borloff) video that was shot in John’s home. That’s my painting hanging right beside him in this shot. It is a pic of him doing his famous amoeba experiment – and I ironically didn’t even take a picture or scan it before mailing it. This frame grab is all I have of it, although you can see it in Borloff’s video quite clearly. 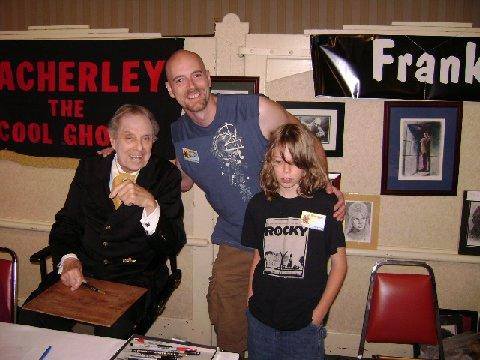 John was always kind and supportive and a true professional. He will be missed, but definitely not forgotten. Here’s to you, Zacherley, thank you for the inspiration and for being such a class act. May your Jacob’s ladder always burn bright.