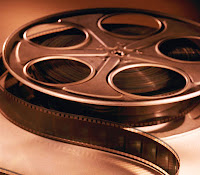 I have to admit a bit of a struggle I go through here on the blog from time to time. It is a struggle within my own brain when it comes to reviewing movies. You see, I have real mixed emotions when it comes to critics. For years I thought that most critics are jerks – and with good reason. A lot of them are pretty obnoxious, for a number of reasons. Granted this isn't true of all critics, and there are many out there who are thoughtful, considerate and fair with their criticism. However, many others aren't, and I’ve identified a few of the frequent offenders here…

The most prevalent type of negative critic nowadays is the over bearing blow hard loudmouths who like to hear themselves talk and espouse personal opinions that are, of course, 100% correct and anyone who disagrees with them are idiots. I’ve known people like this and read and heard reviews from critics of this mindset. Try to bring up a contrary position and you’re not only wrong you’re a moron, because any opinion outside their own narrow way of thinking is obviously ridiculous. They know it all and feel it's their job to let the world know it as well.

Then there are the critics who are determined to prove how much smarter they are than the rest of the public. They go out of their way to reference extremely obscure films to prove how intellectually superior they are. Their reviews must be hell to write, because they have to run every one through a personal filter before writing it, balancing how it reflects on them personally and whether it paints them in the proper light, intellectually speaking. They are the narcissists of the field, and their arrogance is amazing and instantly off-putting.

And worst of all are the smart ass “I’m cooler than everyone else” types who praise to high heaven the things they love but jump right to insult mode with anything they don’t like. These are the ones who make it personal and are downright mean-spirited, hurling personal cut downs and insults because, if truth be told, they are distanced by the great wall of the internet. They’re cowards, saying nasty things online they’d never say to a person’s face.

When I started my website back in 1999 (when I started my TV show) I didn’t do reviews at all for the first couple of years. I didn’t want to be one of “those guys,” so I just avoided it altogether. Eventually I started doing little capsule reviews, basically just writing the bare facts and rating it on a scale of 1 to 5 skulls, mostly consisting of films I had talked about on Chiller Cinema. Later on I enlisted a couple of folks to write reviews for me, including my director Cameron McCasland, who at that time was just a friend of mine. But I still wasn’t doing much reviewing myself.

When I started my Youtube channel I started a series called the Recommended Movie of the Week. Again, I was avoiding reviewing, instead sticking to recommending movies I liked. The idea was simply to say, hey, this is a movie I like and I think you will too, so give it a try if it sounds interesting.

BUT all that said, once I started my blog reviews did naturally creep into it, and that is where my inner struggle comes into play. Balancing an honest opinion without coming off like the types mentioned above is sometimes difficult, and I’m not sure I’ve always succeeded. I am naturally going to like some movies and not like others, and if I’m going to talk about them I have to present both sides of the film canister, both pro and con.

Bottom line here, I watch a lot of movies, and if I had to approach every one as a reviewer I’d probably learn to hate the whole experience - it would take all the fun out of it. I try to watch movies and simply enjoy them for what they are, good or bad, and if I feel moved to review it later on then I do. I won’t like every one but I’ll at least try to be fair with my praise and condemnation. And I promise to try not to be an arrogant, loudmouthed, narcissist coward.

PS – One more thing. For any reviewers who happen to read this – or anyone reading this, actually - if you ruin the ending of a movie or TV show then you’re an asshole, plain and simple. I don’t care if it is 3 days old or 30 years old, it isn’t difficult to say SPOILER ALERT before discussing endings or critical plot points. Yeah, I’m talking from personal experience here, and it’s a real pet peeve of mine. It’s a dick move, plain and simple. You’re not cool and everyone who has a show or movie spoiled hates you. You’re the equivalent of the guy who talks loudly throughout the movie, or gets his cell phone out during the picture. In fact you’re probably that same guy. But then you probably won’t “get” what I’m saying so I’m wasting my breath anyway. After all, your opinion is 100% correct, so I’m an idiot for disagreeing with you.