Romero's take on The Walking Dead

Director George Romero sounded off on his opinion of the hit TV show, The Walking Dead, in the interview below. I first saw this posted on Facebook last week, and have seen it again several times since. 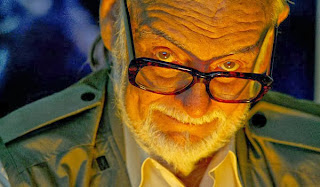 In it Romero dismisses The Walking Dead as being merely a soap opera. Well, that makes sense, as he started the whole modern zombie movement, and these are people having huge success based on the work he created. Kind of not fair, in a way, but you know what? The Walking Dead is scarier and has better effects than either of Romero’s last two movies – particularly SURVIVAL OF THE DEAD, which features some embarrassing CGI blood effects and an equally embarrassing storyline. There is NOTHING scary about Romero’s zombies in that film. The humans have learned to cope with the dead, which have become about as threatening to them as mosquitos.


“I always used the zombie as a character for satire or a political criticism, and I find that missing in what's happening now."


… Yeah. And honestly, that’s exactly why I enjoy The Walking Dead. Romero’s heavy-handed commentaries bug me to no end. He is so busy trying to send a message – and believe me, there is no subtlety in those messages, even the most dense viewer would “get” it – that he has worked everything scary out of the movie. His zombies are a joke, an afterthought. The humans don’t fear them any longer, so why should we? In fact his zombies are now learning, regaining consciousness, and becoming more humanistic. One of them even rode a horse, fer cryin out loud - Again, losing everything frightening about them. Man, just tell a monster movie, George!! 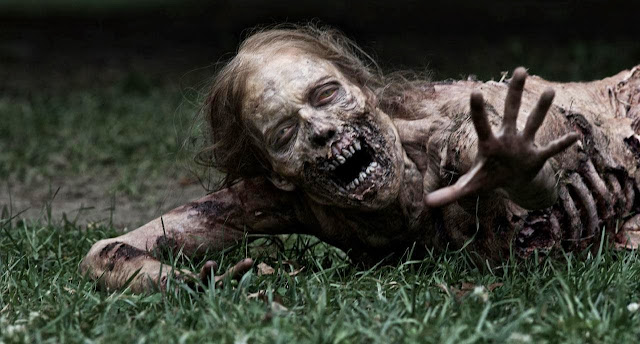 George sounds sour about TWD to me. It is way more successful than his last two film ventures, and with good reason. TWD is fun. It isn’t beating you over the head with a message, and features killer special effects. Look at the bicycle zombie from Season One of TWD – that is probably the single greatest zombie makeup ever created. Great work, KNB! 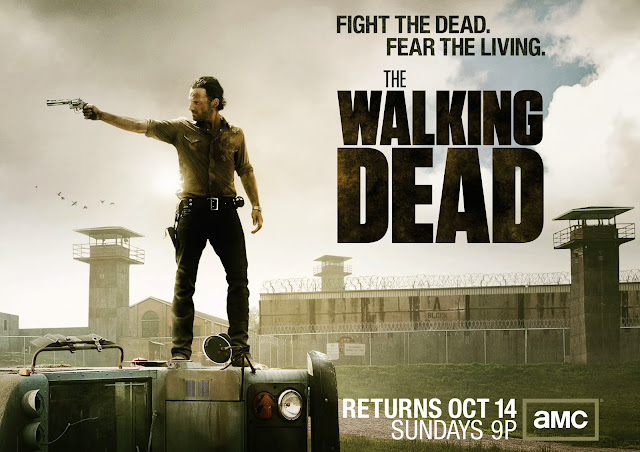 This is the type of show I used to dream about seeing when I was a kid – I am not going to miss this for anything. I love George’s first three zombie movies, they’re fantastic – but his later three are more interested in the message than the story. And that is the problem with them.
at Monday, November 04, 2013