Dead Dick Hammer and the T.B.A. – Four Play by the 8-Track Player

“Not everybody loves Dick, but Dick loves everybody…” 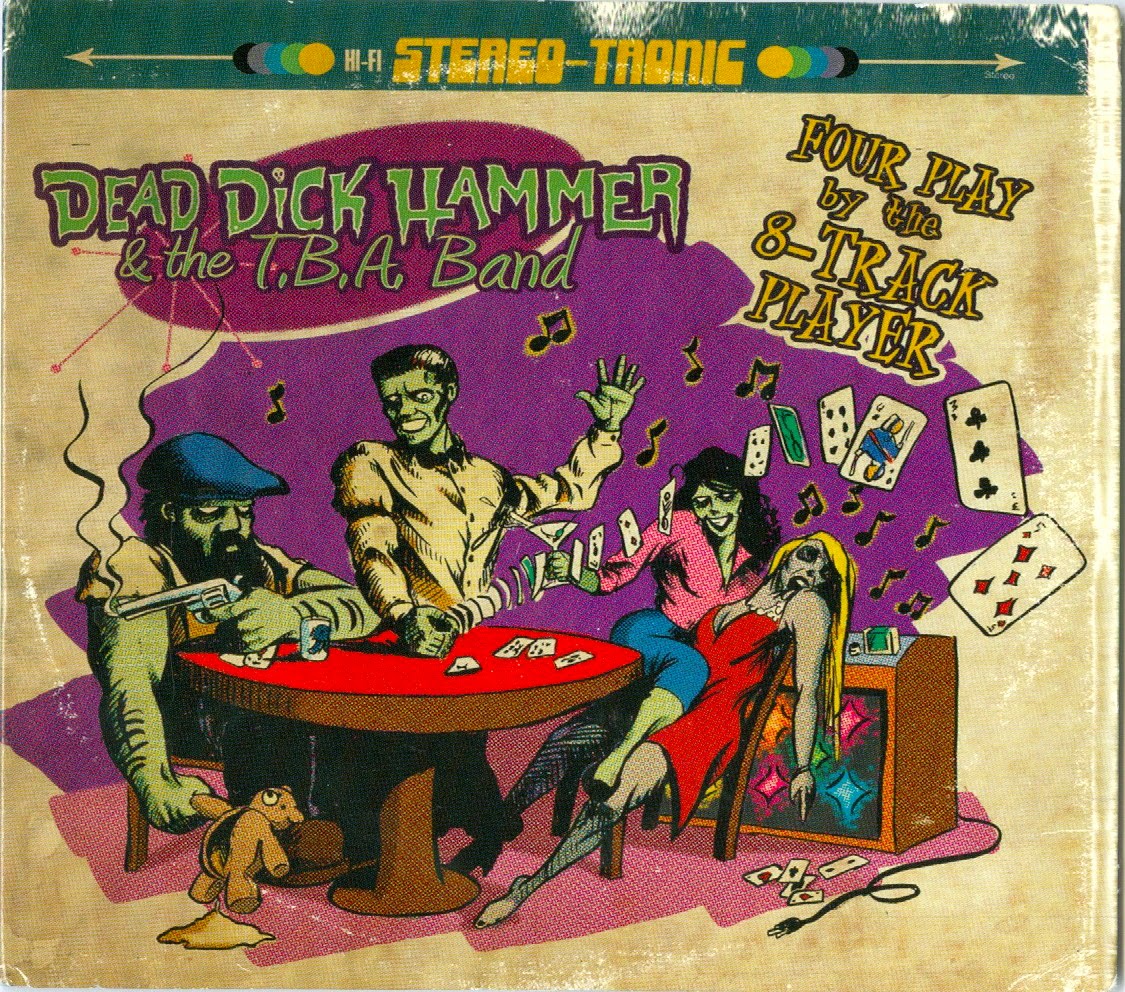 I have been meaning to tell you folks about a fantastic new CD for a while now. It’s called FOUR PLAY BY THE 8-TRACK PLAYER, by Dead Dick Hammer and the T.B.A. Band. I first ran across Dead Dick and company a few years back while searching for a headliner for our annual Horror Hootenanny show. I was immediately blown away when I heard the track LAST CALL, of their album RES-ERECTION. I checked out more of their music, then quickly found a contact for Dead Dick. The rest was Horror Hootenanny history, as they’ve played three Hoots since!

Dead Dick Hammer is made up of Dead Dick on guitar/vocals, Dead Doreen on bass, and Doc Kong on drums. They play their own unique style of horror rock – part metal, part punk, part rockabilly – all spooky. On their previous CD we learn the sad fate of the DDH band, who died tragically on their way to a gig in the 50s, their van swerving off the road into the Green River where their water-soaked corpses lay until re-awakened in the 2000s by the god-awful, unearthly, inhumane sounds of “Boom-Boom” music. Dead Dick, Doreen, and Kong now travel the countryside playing their own version of shock and roll, determined to bring quality rock and roll back to an unsuspecting public grown accustomed to auto-tuned garbage. 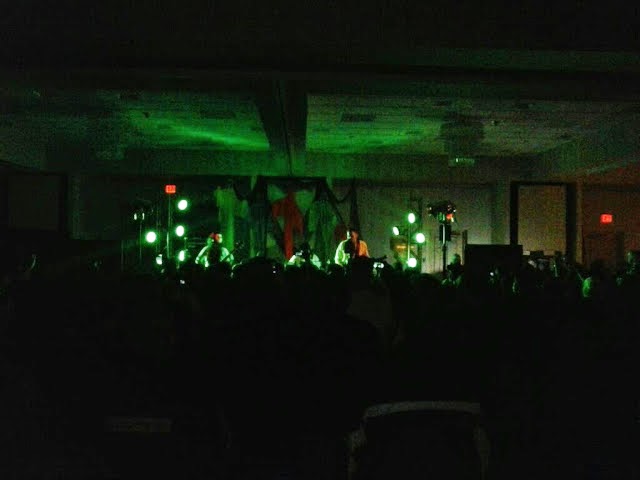 Four Play by the 8-Track is as full of Dead Dick’s twisted sense of humor as it is his kick-ass guitar riffs, and is not for the easily offended. The tracks are:


The Devil’s a Dick


Four Play by the 8Track Player


Confessions (of a Truckstop Cowboy)


The Attack of the Music Makers


It is impossible to pick a favorite track, but some of the highlights of this CD include:


Farmer Dick’s Fun Time Acres - If you have any doubt what you’re in store for with this CD, the opening track makes it quite clear. It’s Dead Dick leading an inquisitive group of kids on a tour of his Fun Times Acres farm, a tour that ends in a real blast!


The Devil’s a Dick - actor John Dugan (of Texas Chainsaw fame) plays the Devil in this one – fun!


Green River is one of my favorites on the CD, it tells the story of how Dead Dick became dead, at the bottom of the Green River.


What’s the Emergency is a grooving jam played over a collection of 911 calls about a strange dead looking guy pleasuring himself outside these various individuals’ houses.


Four Play by the 8-Track Player rocks, singing about exactly what the title implies – this one has some of the heaviest guitars and grooves of any song on the album – plus a cool theremin effect throughout.


Psycho Pussy Sideshow is a hilarious trailer for a fake movie.


I know I said it’s impossible to pick one, but Lil Children Shouldn’t is probably my very favorite track. It is amazing. The story of a kid who takes a bag of dead puppies home as an initiation to a gang – with horrifying results…


And that just scratches the surface. I love the packaging - made to look like an old LP, the cd itself even looks like a little vinyl record - with blood spattered across it, that is. Four Play is a terror-ific CD – unless you’re not an uptight, easily offended, judgmental non-fun havin’ prude, that is. If so you’ll want no part of this one – there’s way too much unadulterated rockin and perversion going on for you. Jackie. JACK-ie.


If you are of less delicate persuasion, however, and enjoy a walk on the dead side, then grab a heapin’ slab of anti-boom-boom music to keep your undead groove going till next Halloween.
Find it at deaddickhammer.com
at Thursday, April 10, 2014