Scary Monsters #84 - White Zombie and the Lure of Legendre

In this issue of Scary Monsters Magaxzine from October 2012 Dr. Gangrene took a trip back in time to 1932 with the film White Zombie, starring Bela Lugosi. He also spoke with filmmaker Jared Rivet about the proposed remake of White Zombie with Director Tobe Hooper that ALMOST happened, and what stars would have possible filled the cape of Lugosi in the role of Murder Legendre. 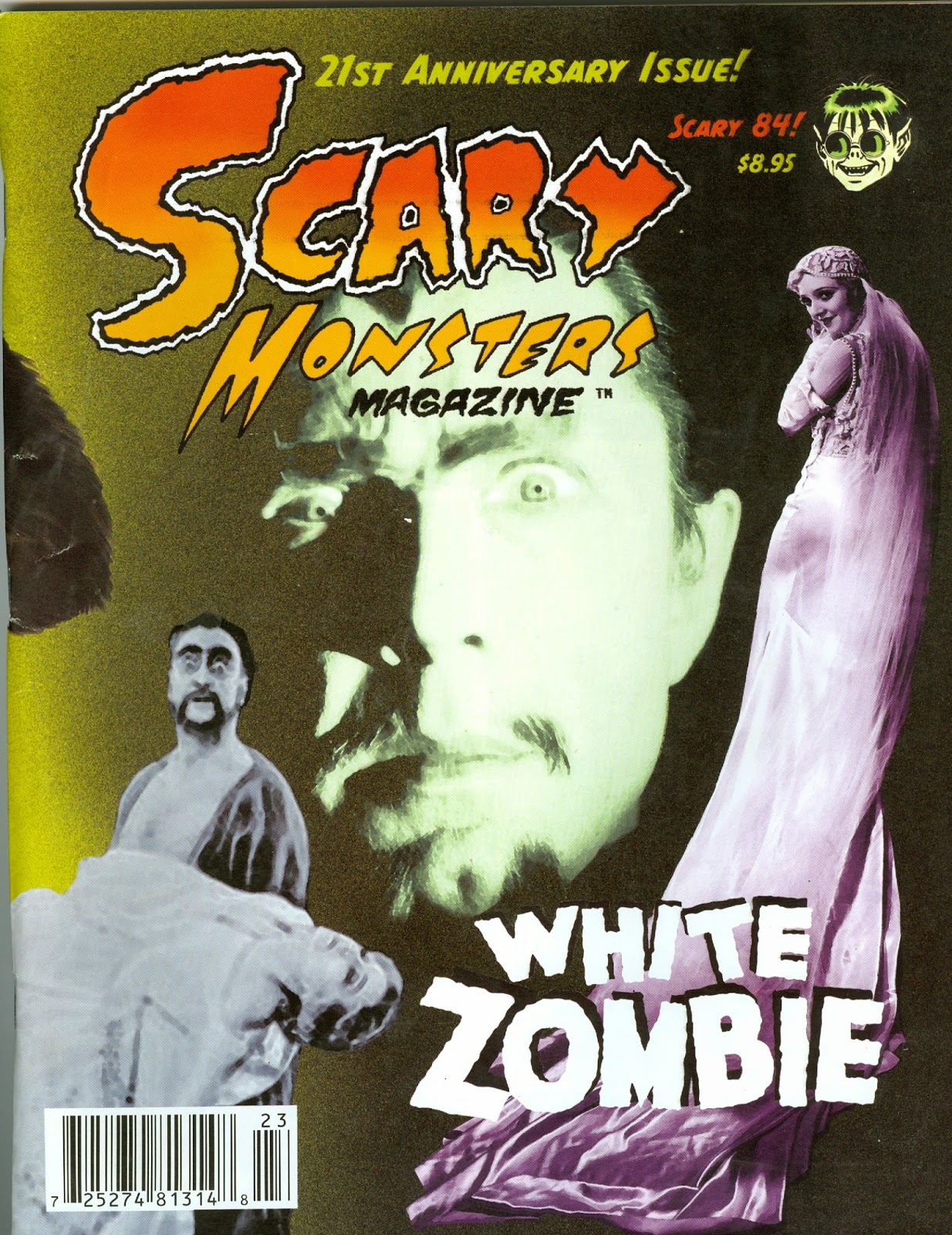 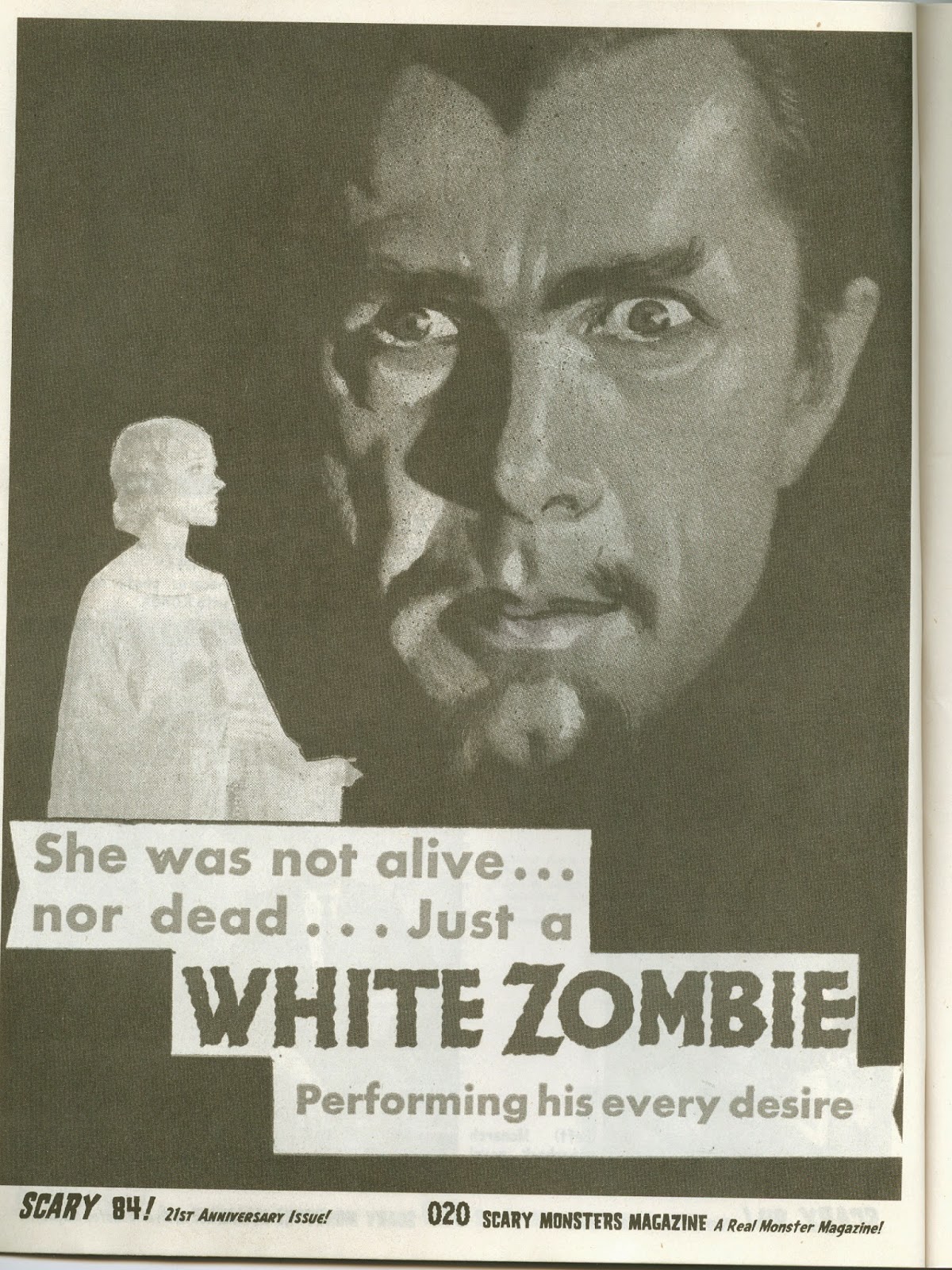 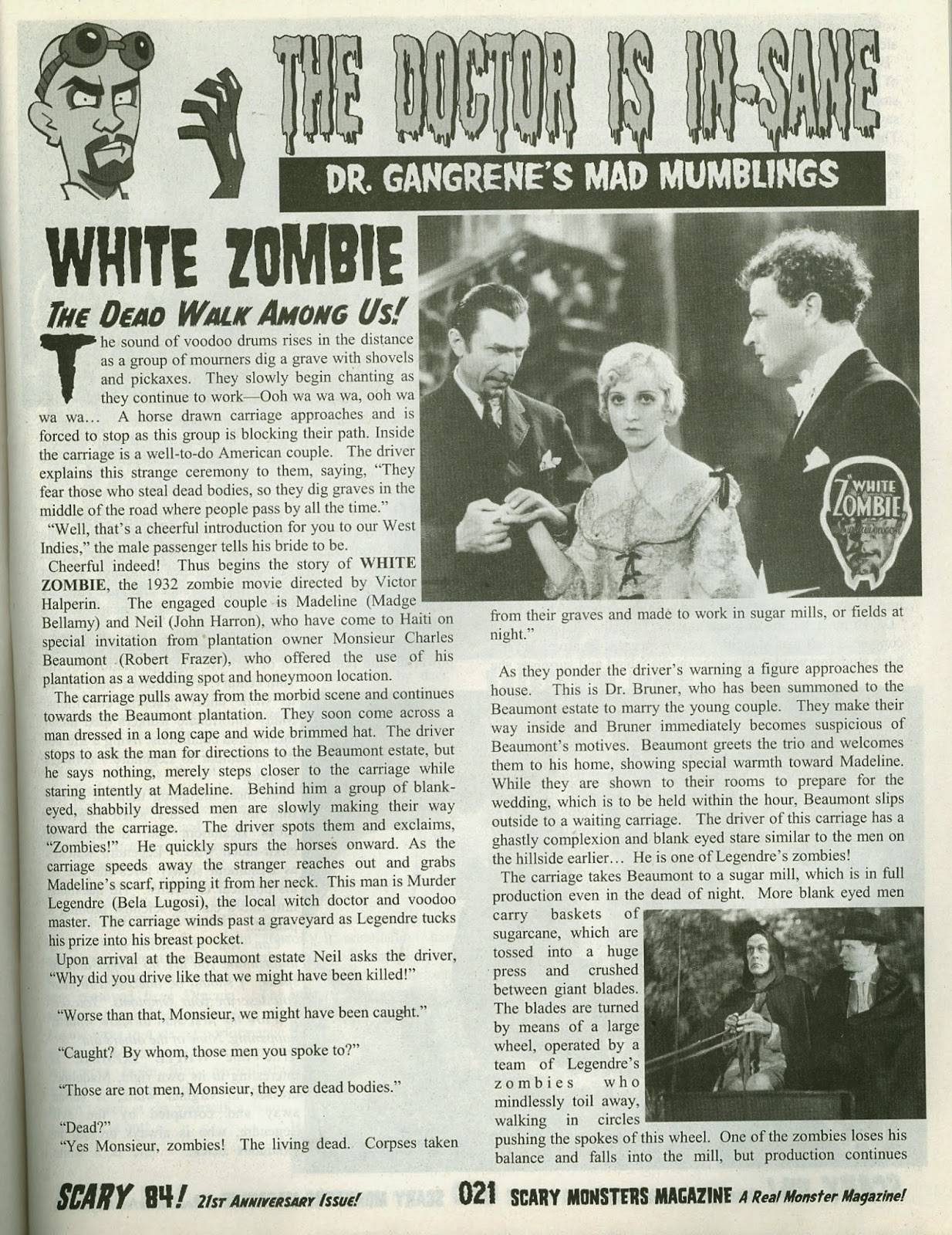 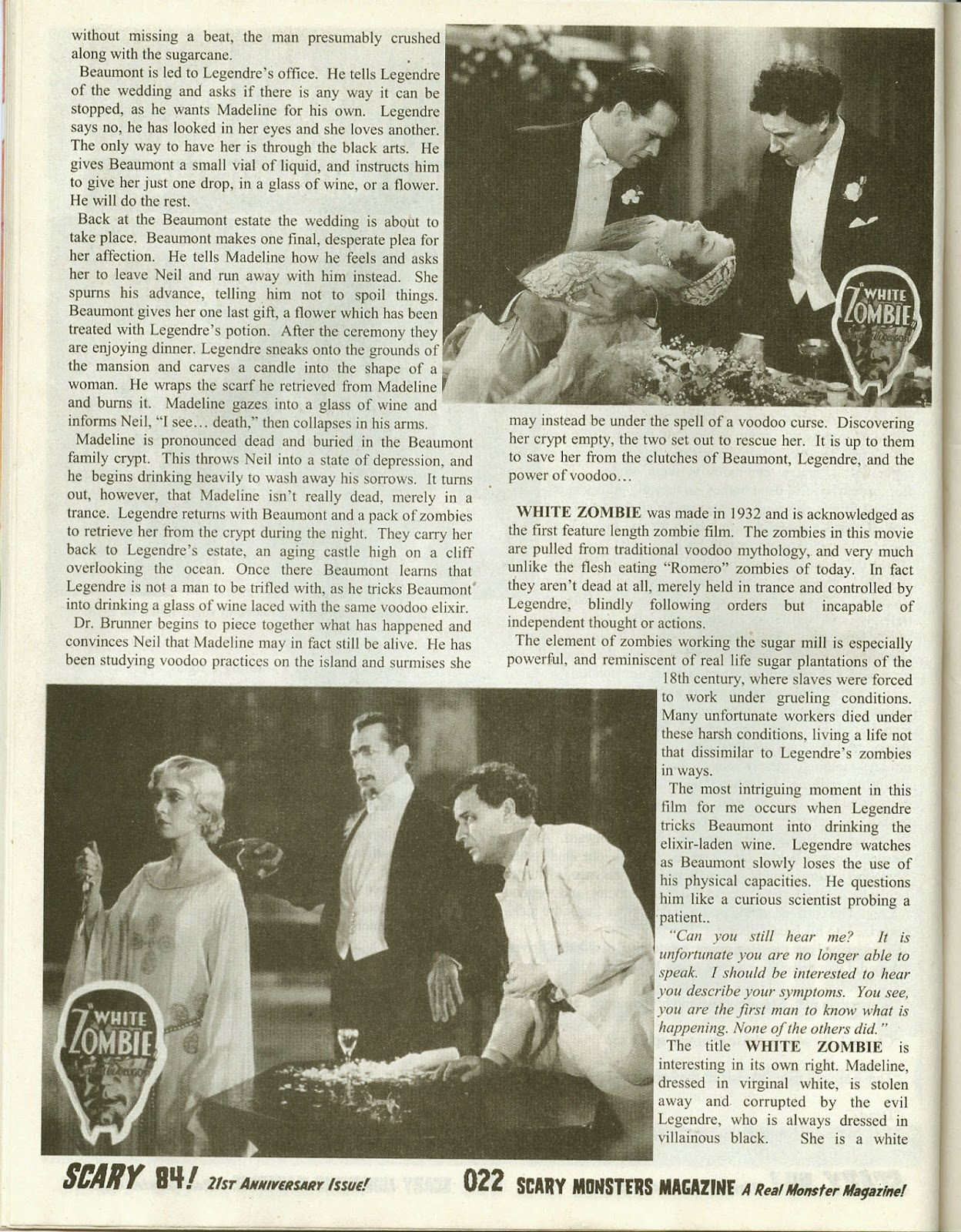 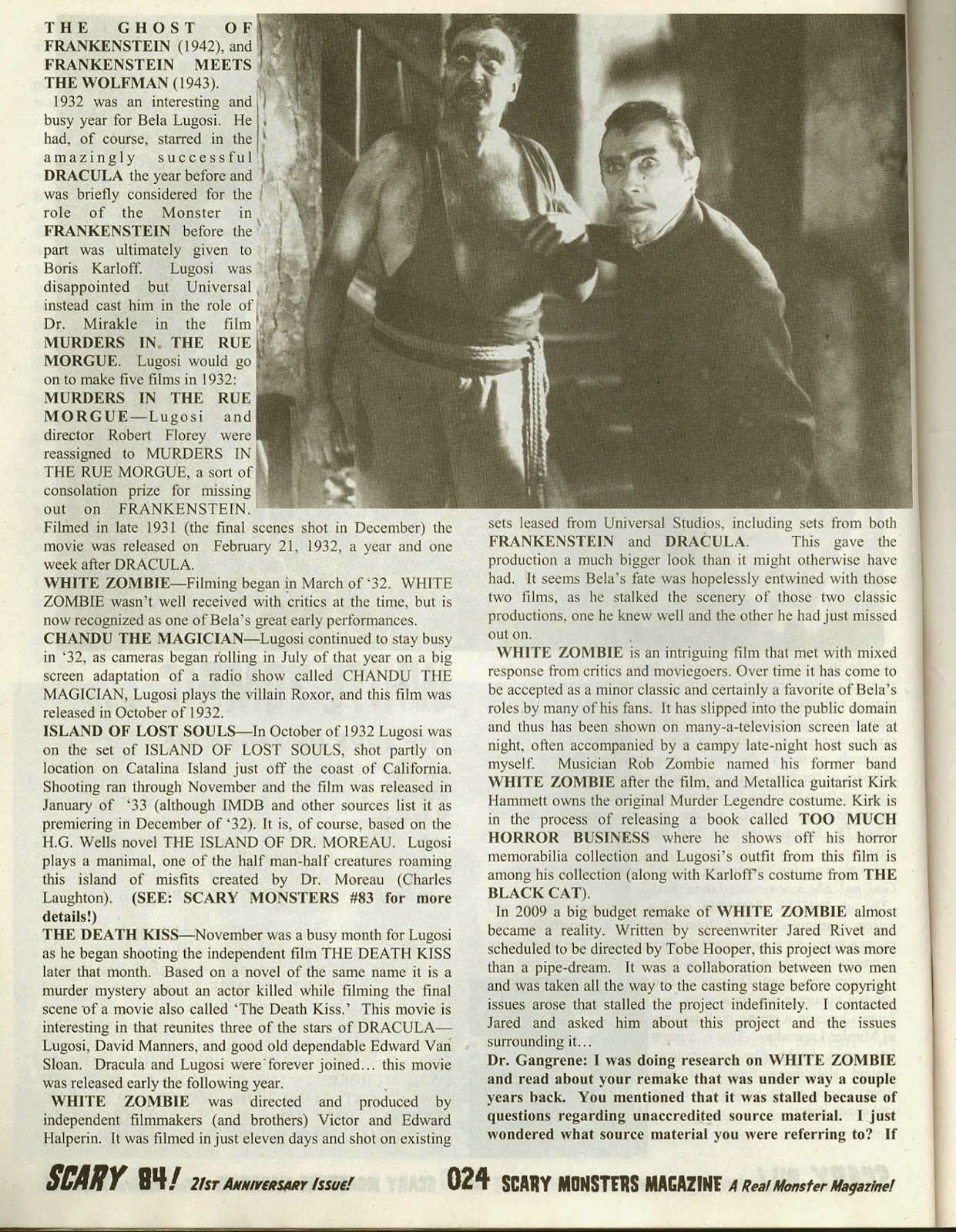 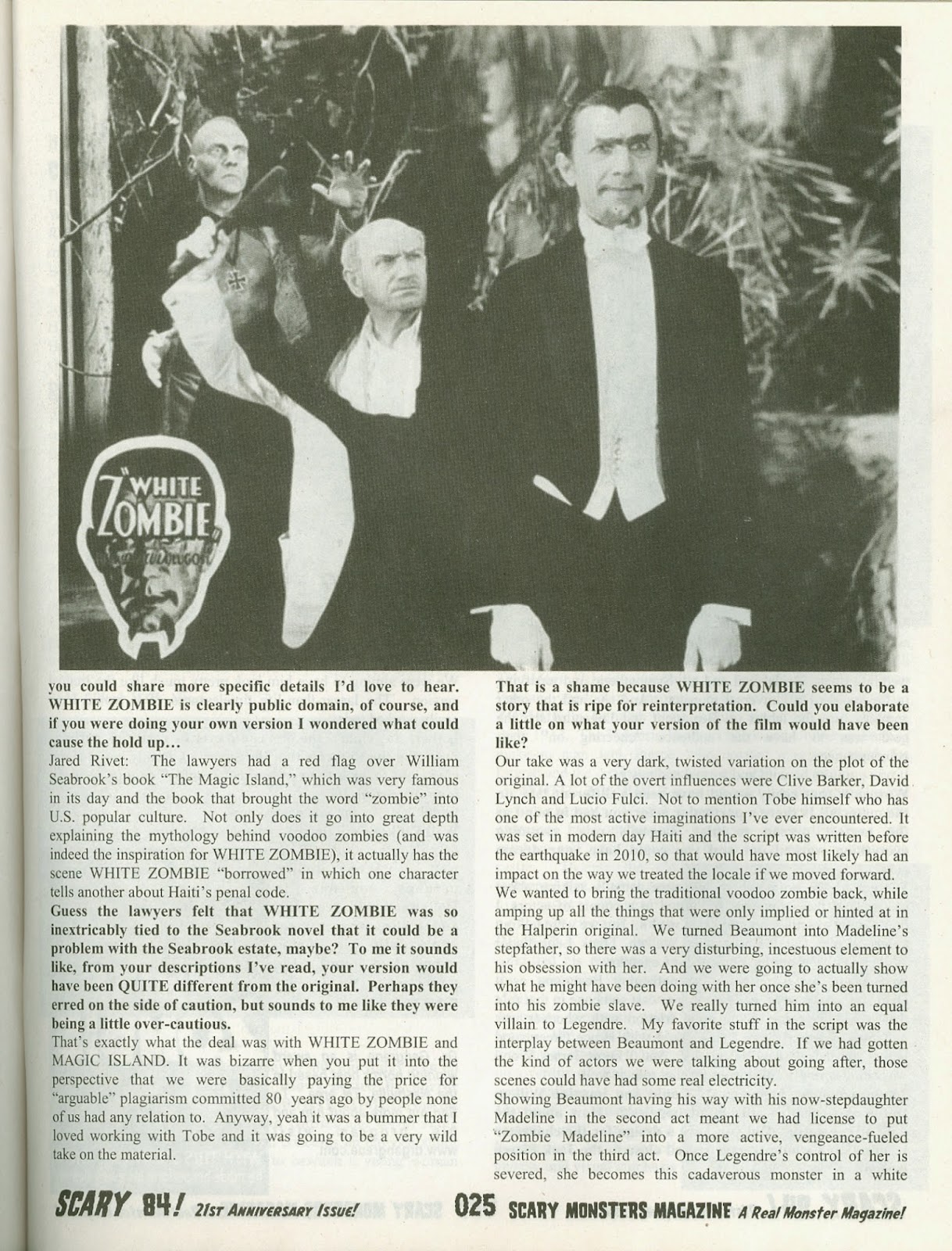 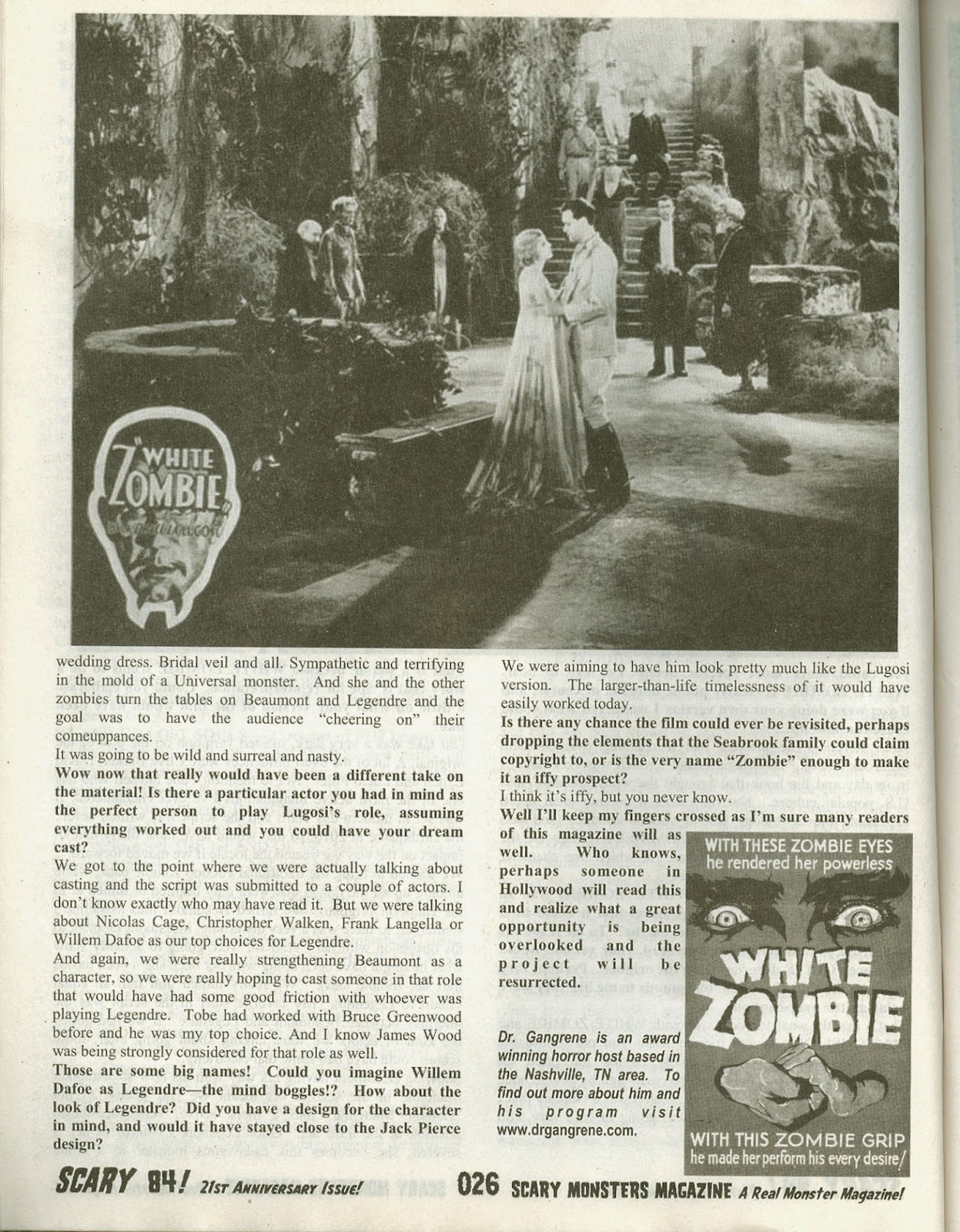