In this episode Dr. Gangrene takes a look at the 1950 comedy/western/musical, CURTAIN CALL AT CACTUS CREEK, starring Vincent Price, Donald O'Connor, and Walter Brennan. In it Price plays hammy stage actor Tracy Holland, on tour through the old West with his fellow actors when they run afoul of the infamous bank robber Rimrock Thomas (Walter Brennan) and crew. Hijinks ensue. 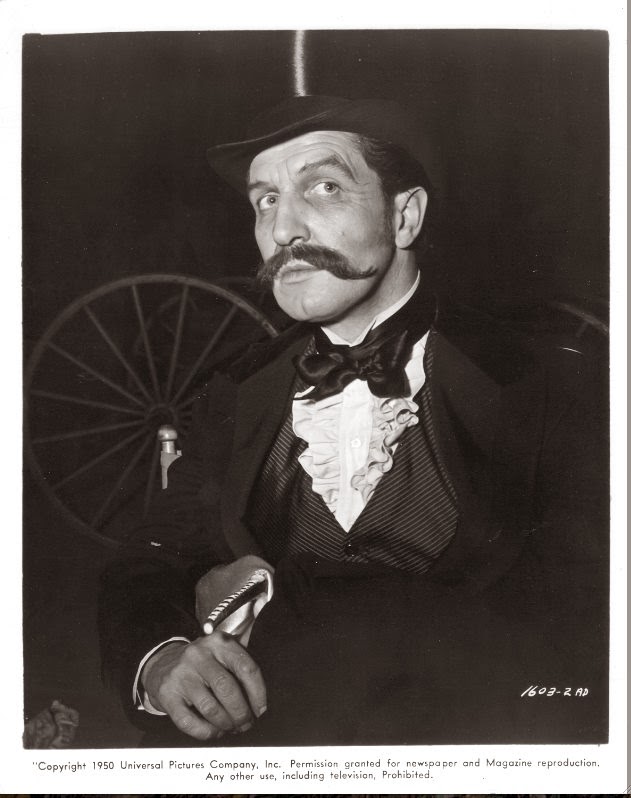