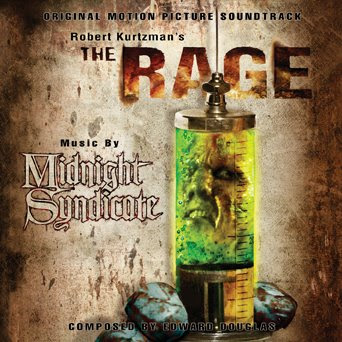 I finally got the chance to sit and listen to the soundtrack for a new independent horror film called The Rage. This soundtrack was scored by Midnight Syndicate, who have been making horror soundtracks for the past 11 years. The Rage is an independent film produced by Precinct 13 Entertainment starring Andrew Divoff, from the TV show Lost. It is a classic mad scientist tale complete with Franksteinien creature that runs amok, causing havok for his creator (as all good monsters should). It is distributed by Screen Media Films and Universal Home Entertainment.

I haven't seen the Rage yet, but the soundtrack is really first rate. If the production values of the film are up to par with this soundtrack this will be one to see. Midnight Syndicate should have a successful soundtrack future ahead of them, as they're a natural to score horror movies.
at Tuesday, March 18, 2008