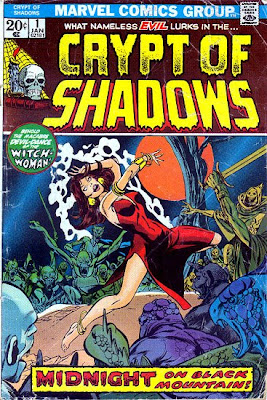 If you're interested in reading this comic online, the folks at BD comics online have posted this one in it's entirety. Download it and check it out, to see this creepy goodness for yourself.
http://rapidshare.de/files/13348857/Marvel_-_Crypt_of_Shadows__01.cbz
at Monday, May 26, 2008