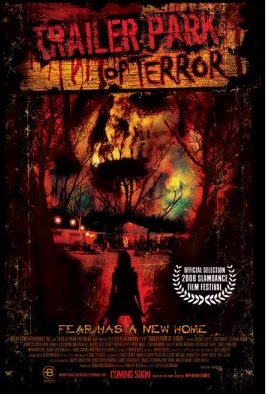 I made it out to last night's showing of Trailer Park of Terror and had a blast. I definitely picked the right night to see this movie, as Director Steven Goldmann was on hand to do a Q&A with the audience after the film. Also in attendance were actors Myk Watford and country singer Trace Atkins, who has a part in this film, and music producer Alan Brewer, all of whom also took part in the Q&A.

I was very happy to see a legitimate horror movie in the Nashville Film Festival. Trailer Park of Terror is based on a comic book mini series of the same name. It's a fun storyline which, while slightly predictible, is still highly entertaining. The movie has a real rock n' roll vibe to it, which is likely a result of Goldmann's previous experience directing music videos. It's fast paced and has a great dark sense of humor throughout, which can be a tricky balancing act to pull off, but Goldmann pulls it off nicely.

The character of Roach, played by actor Myk Watford, is one of the highlights of the movie. He's an undead rockabilly guitar slingin' flesh eatin' sonofabitch - a character you just gotta love! 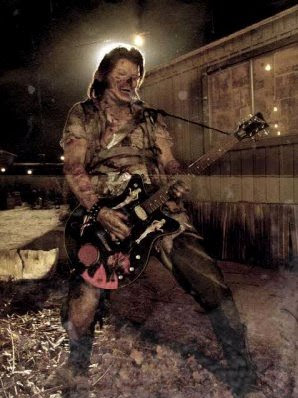 Actually, I found all of the undead to be better fleshed out and developed than the human characters in this movie. Nichole Hiltz in particular really does a terrific job as Norma the trailer park queen. They're a fun bunch of ghouls. It was also neat seeing Trace Atkins in the movie, and he did a good job. He's a big guy in person - I am 6'5 and he's every bit as tall as me, and has about 30 pounds on me, too.

The makeup and special effects are top notch - really great gore effects in this film. I hope Trailer Park gets the attention it deserves as it's a really fun ride - why there's even a pair of horror hosts at the beginning of the film to kick things off southern style! The print we saw was a rough cut, as they had rushed to finish it for the festival circuit. There are still some effects and cgi work to be added. I look forward to seeing this again in it's completed form.

There's only one thing that would have made this better, and I almost asked Steven about this in the Q&A but decided not to. Everyone knows trailer parks are a magnet for tornadoes - if the park had been whisked away by an approaching supernatural twister at the end that would have been the perfect icing on this gory cake!
at Thursday, April 24, 2008