Hot Dripping Facts from the House of Wax 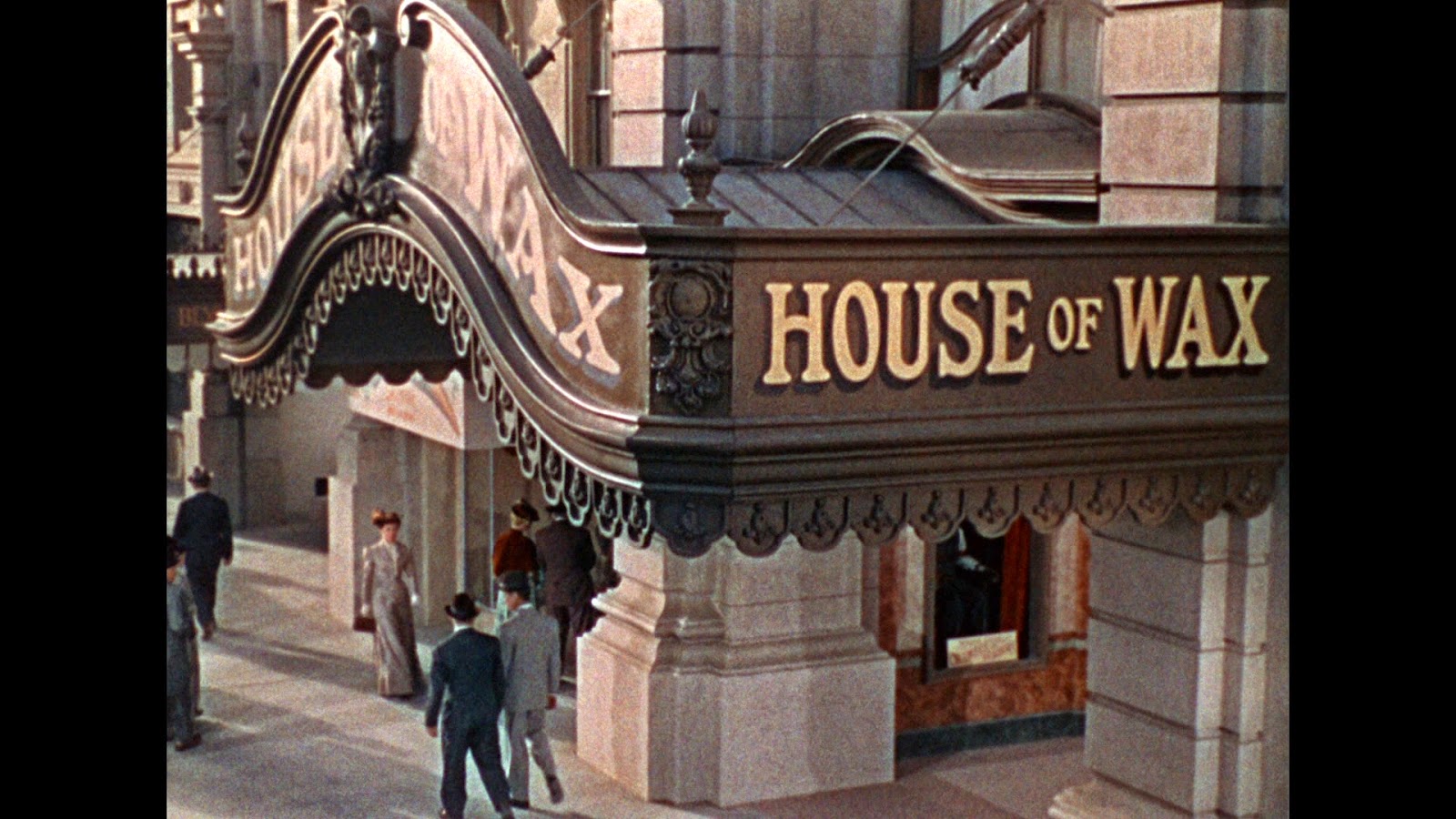 HOUSE OF WAX (1953) was an important film in the career of Vincent Price, arguably THE single most important one of his entire career.  Released in the new technique of 3D, House of Wax would go on to become a box office sensation and help make Price's name synonymous with horror.

Here are fifteen fun facts you may not know about HOUSE OF WAX:

1. HOUSE OF WAX (1953) was filmed under the working title THE WAX WORKS, and is a remake of the 1933 film MYSTERY OF THE WAX MUSEUM, which, incidentally, was directed by Michael Curtiz, with whom Vincent Price had previously worked on the film THE PRIVATE LIVE OF ELIZABETH AND ESSEX in 1939. 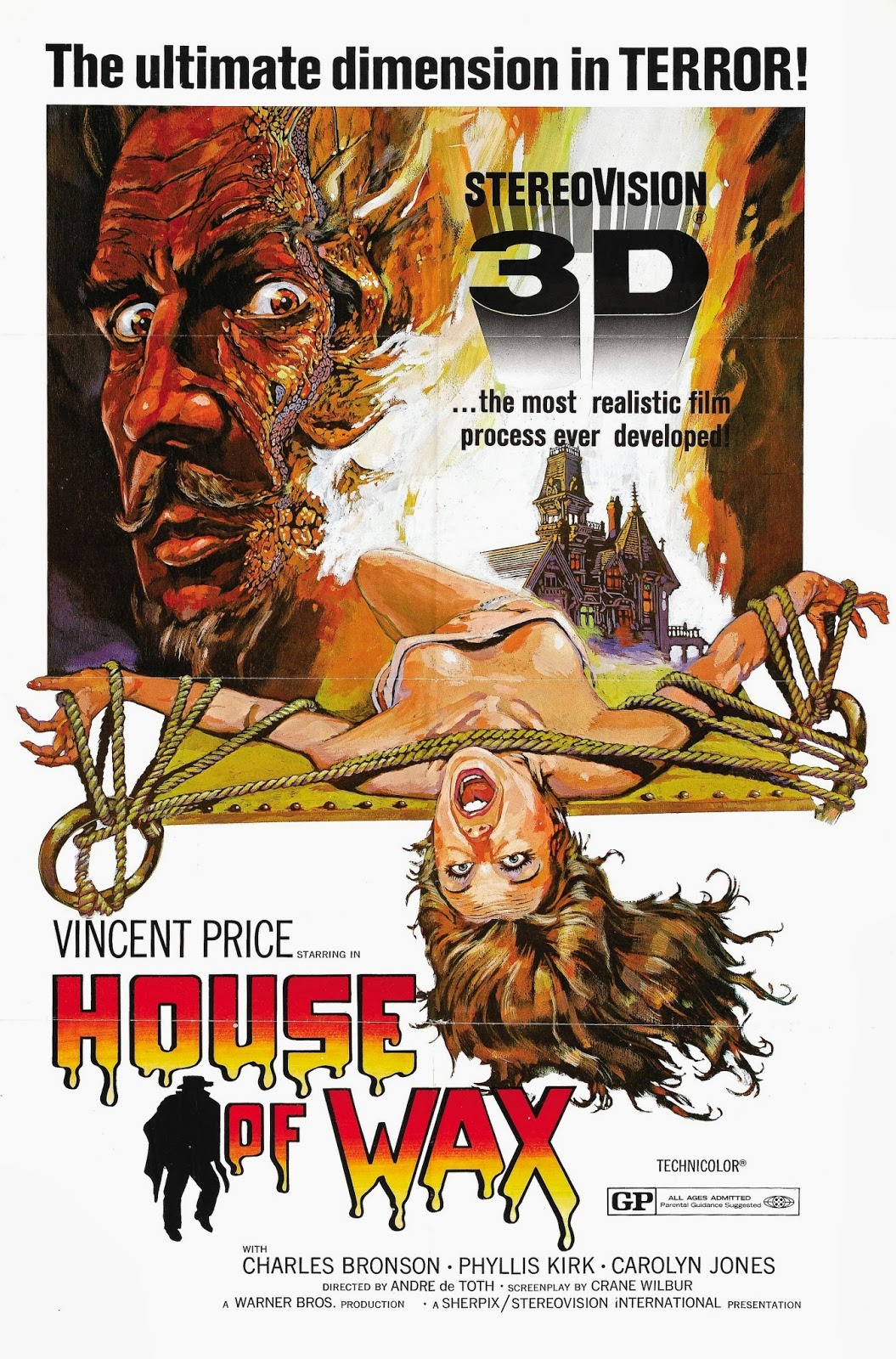 2. Both MYSTERY OF THE WAX MUSEUM and HOUSE OF WAX were made by Warner Brothers Pictures, and both films were based on a three-act play called THE WAX WORKS, written by Charles Belden. 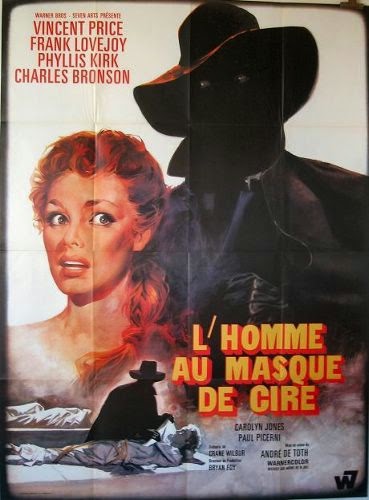 3. Even though it is a 3D movie, HOUSE OF WAX was directed by Andre De Toth, who was blind in one eye, and therefore unable to reap the benefits of the 3D process. 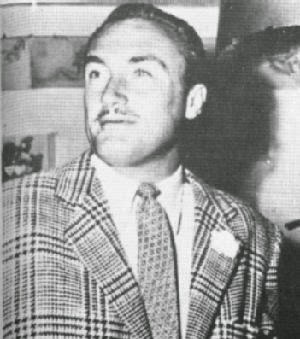 4. HOUSE OF WAX was not the first 3D movie. That honor went to the film BWANA DEVIL a year prior, from writer/producer/director Arch Obler (best remembered for the Lights Out old-time radio series). But it was the first 3D movie from a major studio, and the first 3D HORROR movie.

5. Though most famous for its 3D, HOUSE OF WAX was also the first widely distributed film using the new process of Sterophonic Sound. 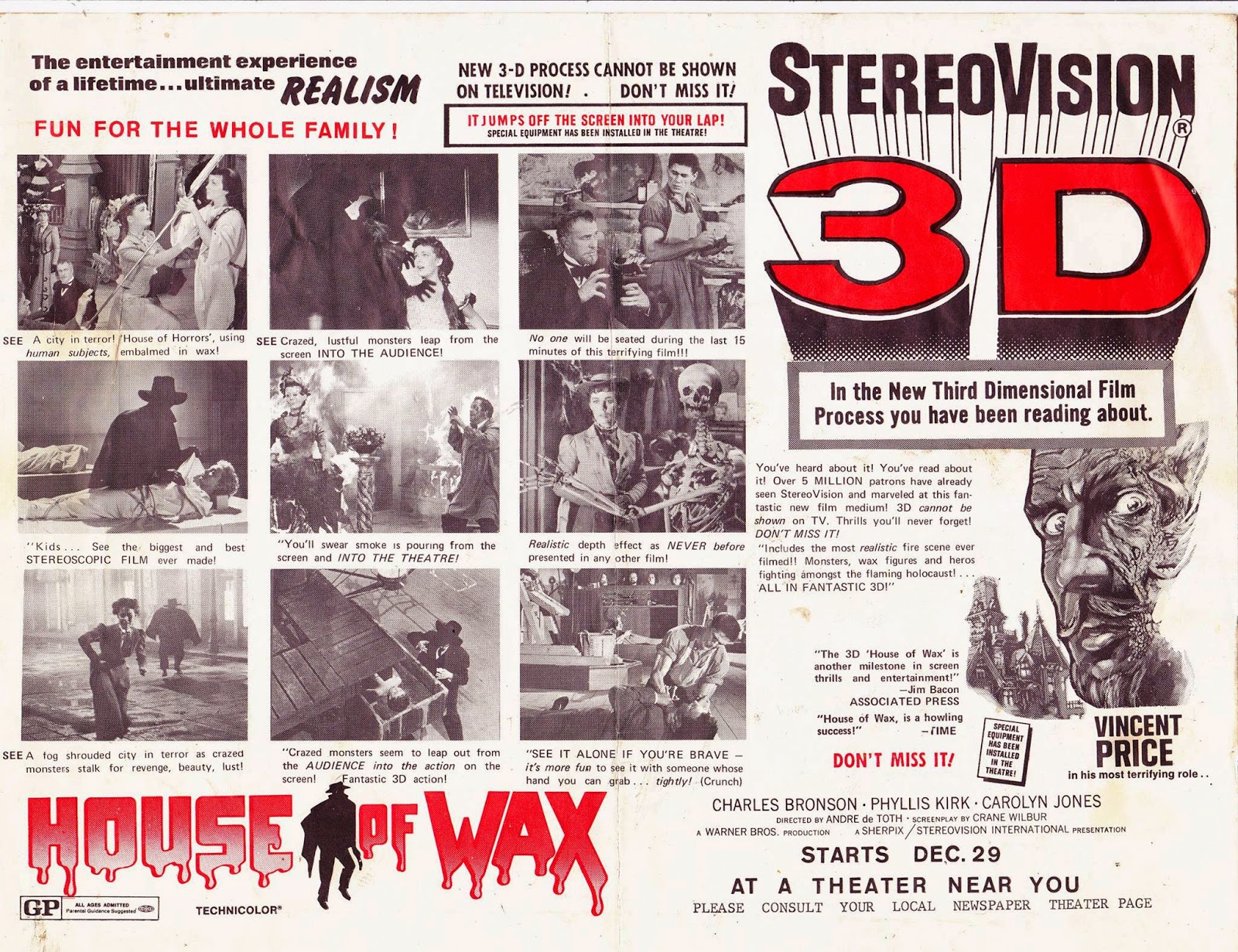 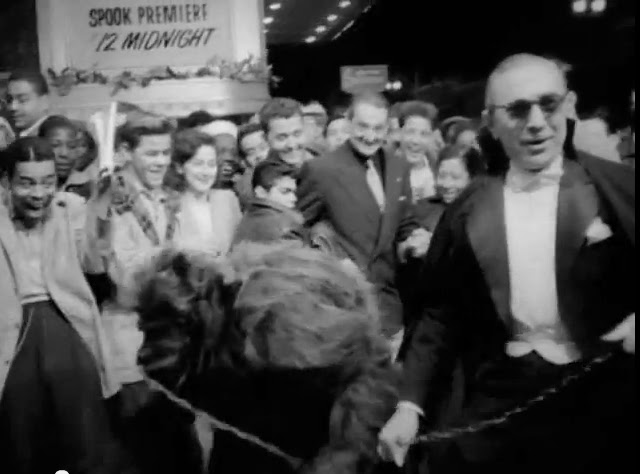 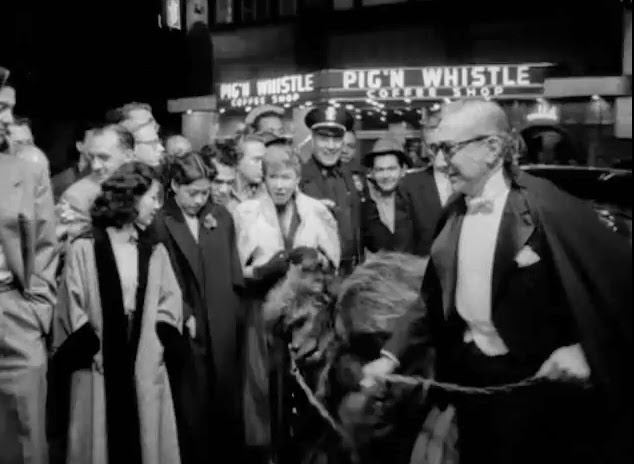 7. Bela Lugosi appeared at the LA premiere in a cape and tuxedo, with a gorilla on a leash. It was the only time Bela and Vincent would meet. 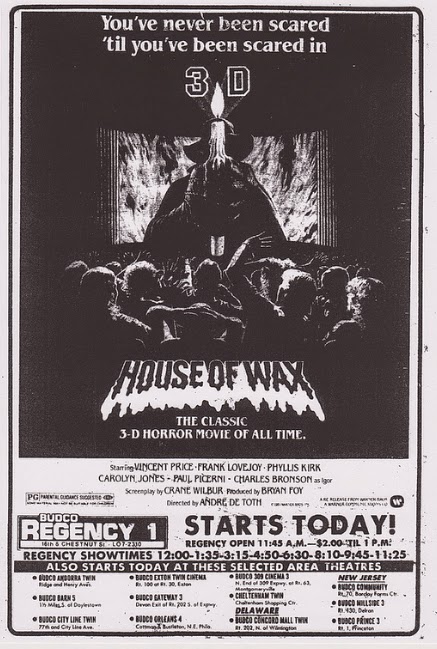 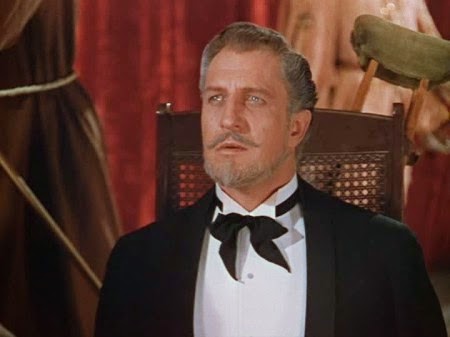 9. Vincent Price almost turned down the role of Professor Jarrod, as he was offered the lead role in the Broadway play MY THREE ANGELS at the same time. He said it was a decision that “changed his life.” 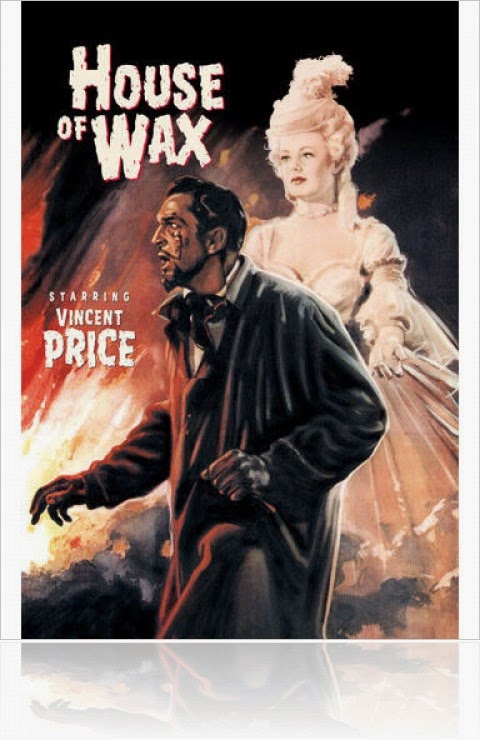 10. This was Vincent’s first true horror film. He would go on to make many more over the years (6 more in the 50s alone), including THE MAD MAGICIAN the following year, which was a loose reinterpretation of HOUSE OF WAX. In fact, it even shared a number of crew members, including the same writer (Crane Wilbur), producer (Bryan Foy), and cinematographer (Bert Glennon). 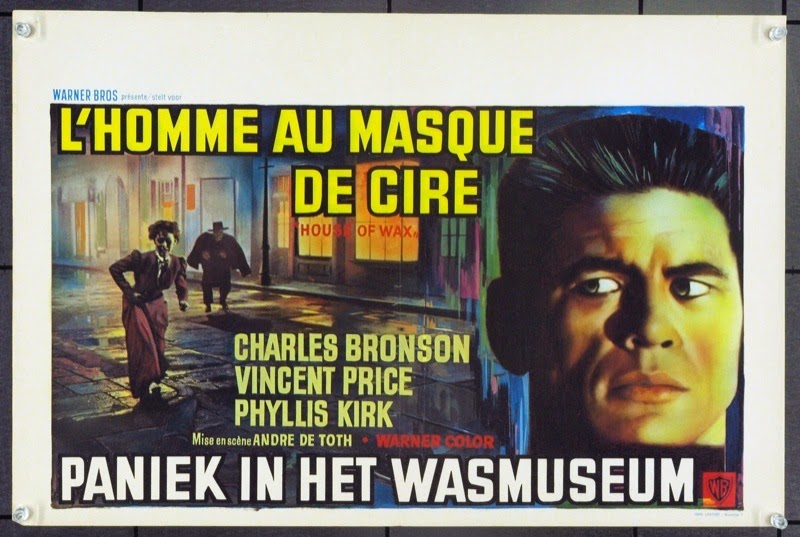 11. Dr. Jarrod’s mute assistant Igor is played by a young Charles Bronson, credited as Charles Buchinsky. Price and Bronson would meet again in the 1961 film; MASTER OF THE WORLD, but this time Bronson would play the lead (Price is the villain). 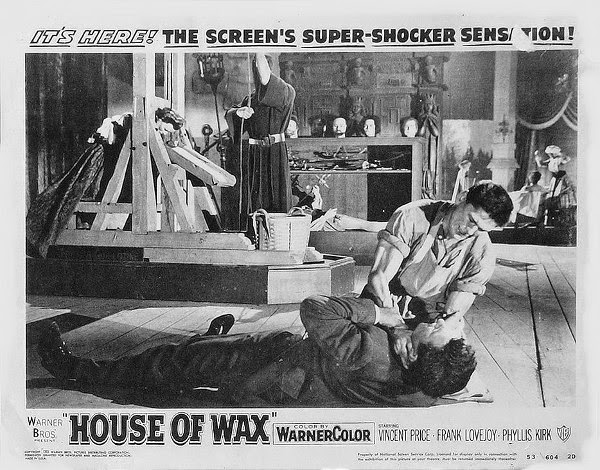 12. During the fight between Bronson and actor Paul Picerni, Bronson got a little over-enthusiastic, and lifted and slammed Paul onto his back, injuring his tailbone. Picerni had to go to the hospital for x-rays. 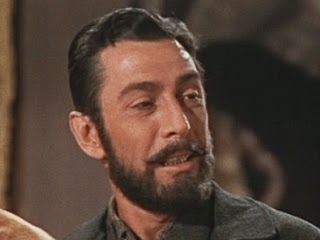 13. Actor Nedrick Young plays Jarrod’s alcoholic assistant Leon Averill. He appears uncredited in this film because he was blacklisted at the time during the McCarthy red scare. His character is a heroin addict in MYSTERY OF THE WAX MUSEUM, but was changed to an alcoholic due to Production code restrictions for HOUSE OF WAX. 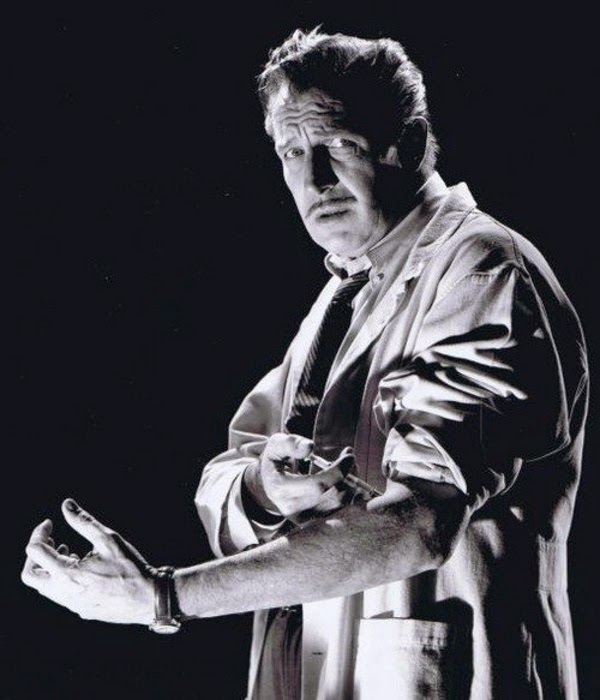 Interestingly, Price had played a drug addict just eight years earlier in DRAGONWYK, and would play a character experimenting with LSD just six years later in THE TINGLER. 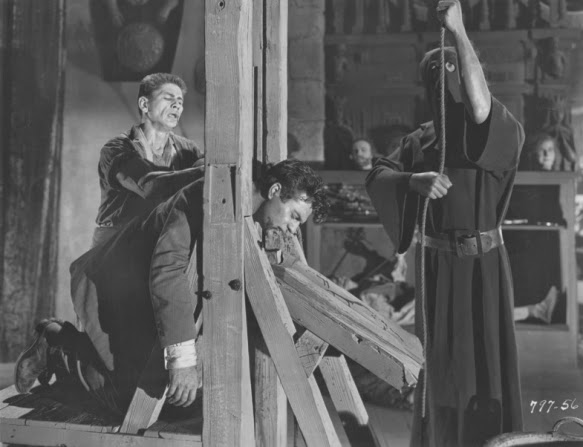 14. The guillotine used in the film in Jarrod’s wax museum was a real working guillotine, procured from a French museum, with an actual sharp blade. Director Andre De Toth initially wanted to do the shot, where actor Paul Picerni is knocked unconscious and placed in the guillotine (then pulled out at the last moment), in one take while the blade was falling toward him. He refused and after a heated argument was kicked off the set. The following day studio head Jack Warner ordered De Toth to bring Picerni back and continue filming, and extra precautions were put in place. 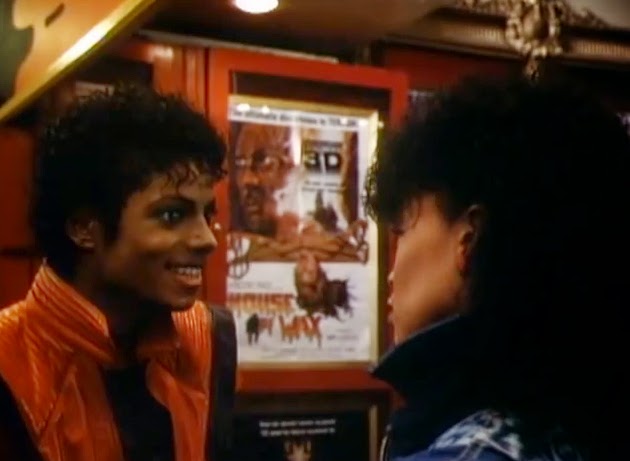 15.  The movie poster for House of wax can be seen in the music video THRILLER by Michael Jackson, along with the posters for the Price films THE MAD MAGICIAN and THE MASQUE OF THE RED DEATH (as well as director John Landis’ SCHLOCK). Price, of course, recites his famous “rap” during the middle of the song.
at Wednesday, March 25, 2015