12 Hours of Terror Coming Back to the Belcourt! 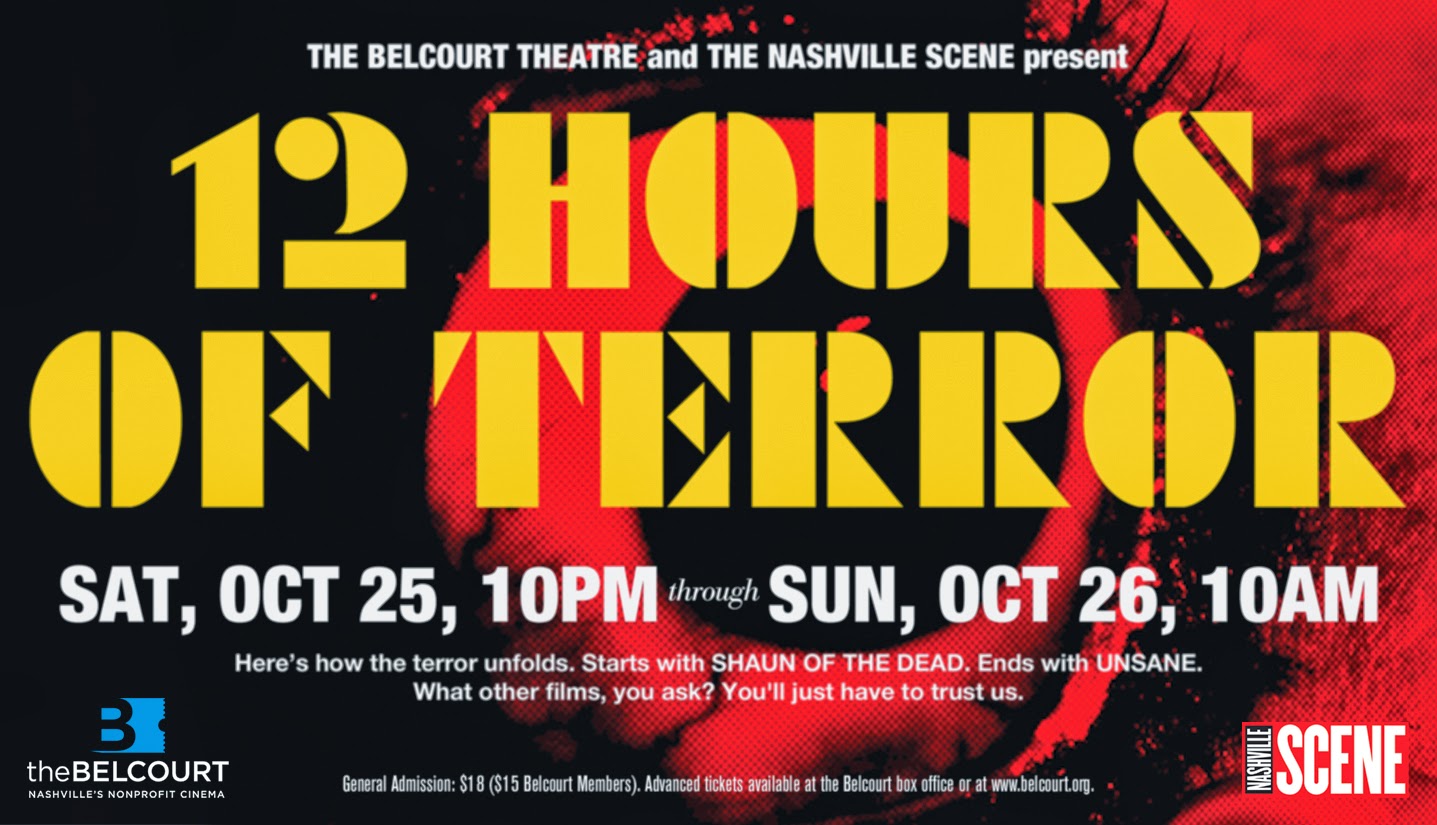 This Saturday, October 25th, the historic Belcourt Theater in Nashville TN will be hosting a 12-hour movie marathon of fright flicks that starts at 10pm Saturday and runs non-stop until 10am Sunday morning!

SO just what films will they be showing? Well, the event opens with the awesome SHAUN OF THE DEAD and closes with the Dario Argento film UNSANE (Tenebrea). In between is a calvacade of mystery movies. But here's a few hints:


So join us at the Belcourt, if you dare! I will be there all night and will be introducing the first film, Shaun of the Dead. This is one event fright fans will NOT want to miss!!
at Thursday, October 23, 2014