EC Comics weren’t the only company publishing horror comics in the 1950’s, they were just the best, which is why they are remembered to this very day so fondly. Their books featured great stories and terrific art, plus one other major factor -  the hosts of their three books, The Ghoulunatics. They brought a macabre sense of humor to the books; their graveyard gags and putrid puns poked fun at the horrible subject matter within. They were comic book versions of the old radio hosts from such shows as Lights Out and Suspense.

Let me take a minute now to introduce you to our horrid hosts: 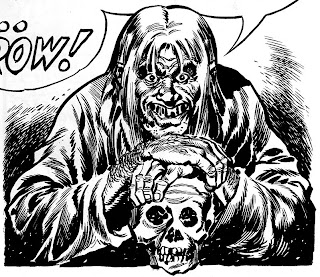 The Crypt Keeper – Host of Tales from the Crypt, the flagship book of EC Comics.
Primary artist for the Crypt Keeper was the one and only Jack Davis, probably the best known and most popular artist of the entire EC stable. The Crypt Keeper looked like an old man with long, unkempt hair, bad skin and bad teeth. He dressed in blue robes, and like all the Ghoulunatics, specialized in bad puns. 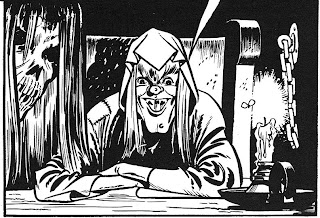 The Vault Keeper – Host of The Vault of horror.
Primary artist for The Vault Keeper was Johnny Craig, a terrific comic book artist who worked in a clean style that really emphasized action. Johnny did the covers for a huge number of EC books, and those covers were another factor that really added to EC’s success. Vault Keeper looked, honestly, a lot like The Crypt Keeper except he wore a green hooded robe. He always kind of looks happier than The Crypt Keeper, who often seems to have a bit of a scowl on his face. In my mind I always sort of wondered if maybe the two were brothers who separated and took up residence in different spooky locales (a crypt and a vault). 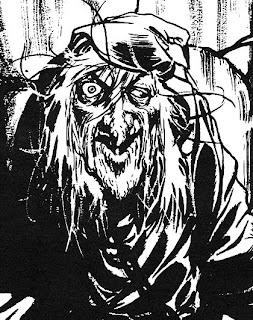 The Old Witch – Host of The Haunt of Fear.
Primary artist for The Old Witch was Ghastly Graham Ingels, the master of drawing undead, rotting creatures. The Old Witch wore red hooded robes, had one squinting eye and one huge vulture eye, snaggle teeth, and of course warts on her face like all the hosts. Skin care wasn’t big on these guys to-do list. She always seemed to fight with the boys, who often teamed up to tease and provoke her in the letter columns of her book.

All three hosts appeared in each other’s books, which was a great way of building familiarity with all the horror books and hosts among readers. They all mocked one another and bragged that their stories were the best, and all the others mere child’s play.

EC offered a set of actual photographs of the Ghoulunatics to readers in the letters pages of the books. For a mere ten cents per photo (or 25 cents for the entire set) readers could get these putrid photos mailed to them. The photos were actually artist Johnny Craig made up as each host. The makeup was done by Al Feldstein, proving yet another skill this jack of all trades possessed. The pictures were taken by a friend of Bill Gaines named Paul Kast, who also handled the mailing and said around 10,000 sets of the pictures were sold! 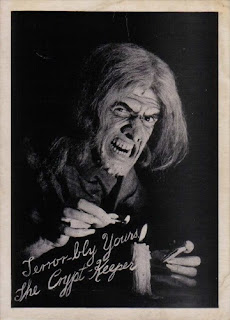 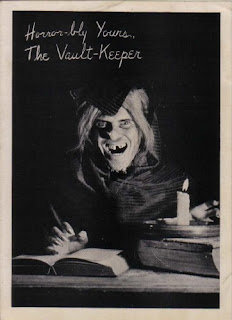 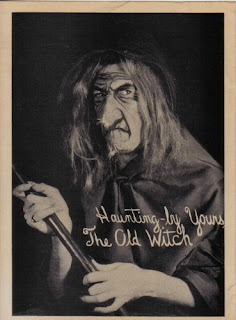 This wouldn’t be the final time a Ghoulunatic would appear in the rotting flesh – at least not where the most famous of the three was concerned. In 1972 Amicus films released a movie version of Tales from the Crypt. It was an anthology film starring Sir Ralph Richardson as The Crypt Keeper introducing the evening’s spooky offerings, five stories and a wrap-around segment. Richardson actually looked more like the Vault Keeper; He wore robes and a hood that covered his head. Missing, however, were the scraggly long hair and gruesome appearance. 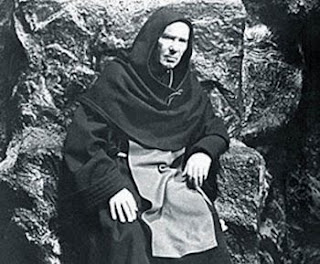 1989 saw the Crypt Keeper make the transition to the small screen with the HBO series TALES FROM THE CRYPT. 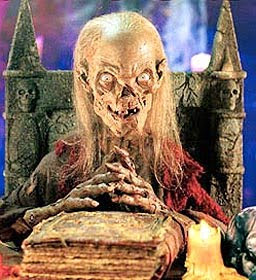 With the full blessing of Bill Gaines the Crypt Keeper was again brought to life, this time in animatronic form. And THIS time the producers didn’t make the same mistake as the Amicus folks before them – they designed ole CK to be gruesome, more so even than the comic version. The voice was provided masterfully by John Kassir, the music by Danny Elfman. Actors and directors lined up to work on the series, and it was wildly successful!


The Crypt Keeper wasn’t done, however. In 1993 he returned in cartoon form on the series TALES FROM THE CRYPT KEEPER. 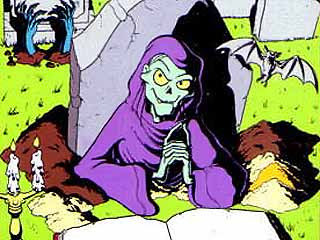 This ran for two years, and this time the other two Ghoulunatics came along with him. In season two the Vault Guard (not exactly sure why the slight name change) and the Old Witch were repeatedly trying to steal the show from CK. The show returned again in 1999 for 13 more episodes under the title NEW TALES FROM THE CRYPT KEEPER. 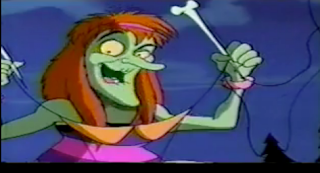 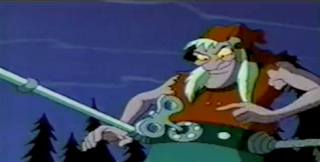 In 1995 the Crypt Keeper again made the jump from the small screen back to the silver screen in the movie DEMON KNIGHT. Crypt Keeper hosts this film, and appears in the beginning sequence in Hollywood trying his hand at directing. He then tells the story of Demon Knight. After the film we return to CK as he’s at the film premiere. 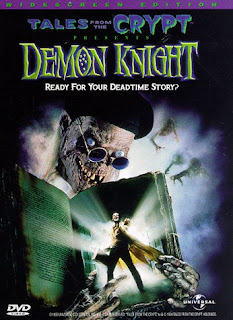 The following year saw the debut of Bordello of Blood on the big screens. Crypt Keeper again hosts this movie, this time in a wrap around segment with a mummy playing a deadly game of Rock , paper, scissors. 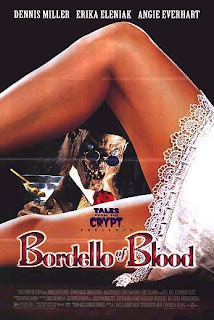 In 1996 a Saturday morning game show premiered called Secrets of the Cryptkeeper’s Haunted House. It featured the Crypt Keeper as the announcer, complete with Crypt Keeper puppet and John Kassir’s voice. It ran for one year until it was cancelled. It featured pairs of kids answering questions and running an obstacle-course in the Crypt Keeper’s house. 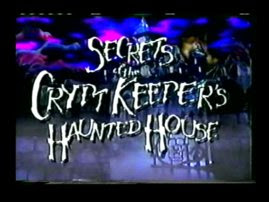 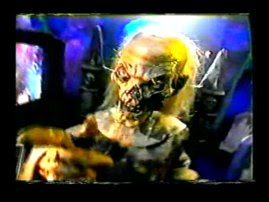 So there you have the many incarnations of the Ghoulunatics - something tells me there are many more to come, cause you know what they say... You can't keep a good ghoul down!
at Thursday, March 18, 2010