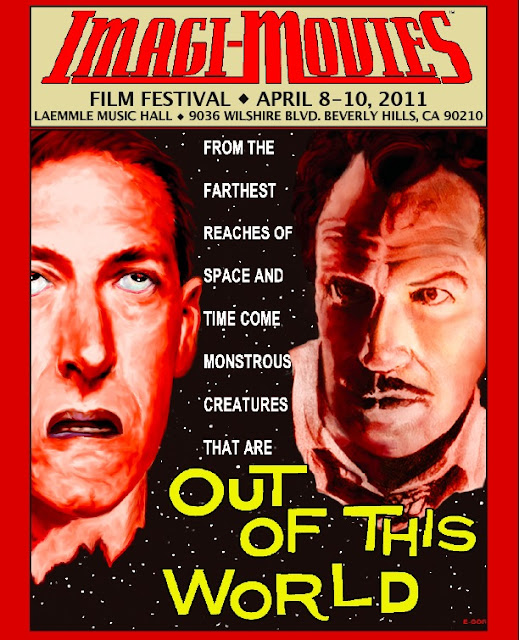 The Imagi-Movies Film Festival 2011 continues in the spirit of FM, inspiring the imagination of storytellers worldwide. Along with the independent films from our FM Film Festival finalists, the Imagi-Movies Festival will celebrate the Vincent Price Centennial with daughter Victoria Price and the 80th anniversary of Universal's Frankenstein and Dracula with the Lugosi family. Additionally, the theater will feature exclusive previews for upcoming horror films such as Universal's The Thing, a rare collection of Stephen King's Dollar Babies exposé, and a Famous Monsters and the H.P. Lovecraft Society's compilation of Lovecraft films in honor of one of horror's iconic writers.

Come enjoy a weekend of movies and filmmaking with fans and even take home some tools of the trade during live panels with some of the leading names in Hollywood.

About Famous Monsters of Filmland
It LIVES! With a publishing history spanning over 50 years, FAMOUS MONSTERS OF FILMLAND is the most well-known magazine devoted to fan-oriented coverage of horror, fantasy and science fiction. Features range from previews of upcoming films, to respectful looks back at film history, interviews with the principal personalities in genre, and in-depth behind-the-scenes discussions of specialized aspects of film production, including visual and makeup effects. FAMOUS MONSTERS is recognized through fandom for its friendly, light-hearted and enthusiastic approach.
at Thursday, March 10, 2011