The following article was written for Scary Monsters Magazine Issue #80. It is a look at the Hammer film version of Frankenstein in THE CURSE OF FRANKENSTEIN and comparing it to the original Mary Shelley novel. Since this was an article rather than an interview this time around we changed the masthead to Dr. Gangrene's Mad Mumblings. This issue was the 20th anniversary of Scary Monsters, The Real Monster Magazine!! click to enlarge pages 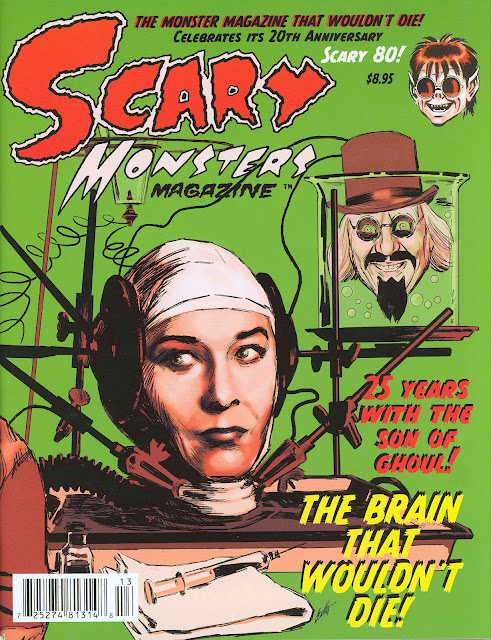 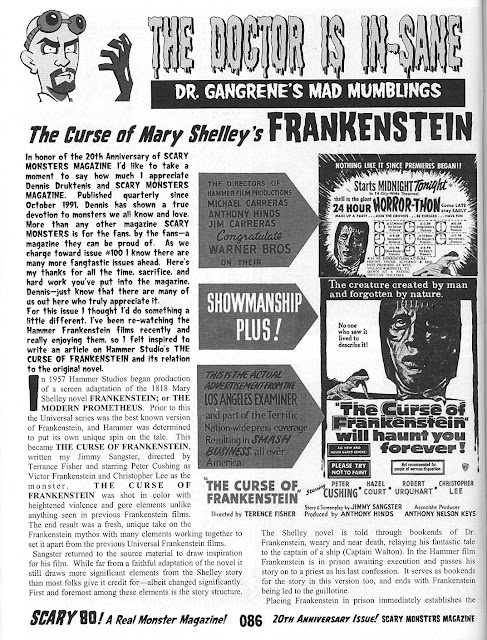 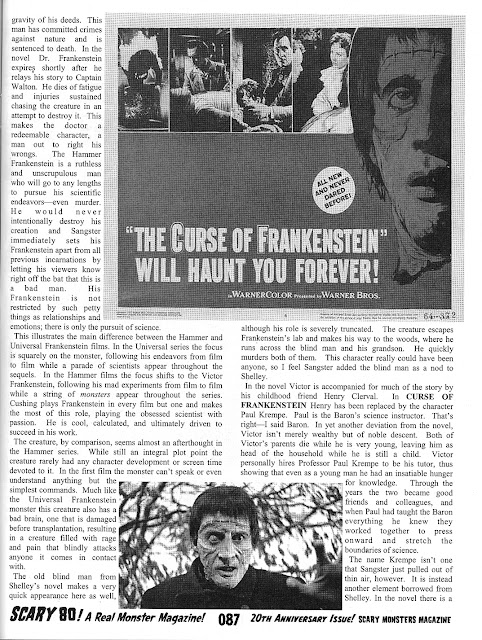 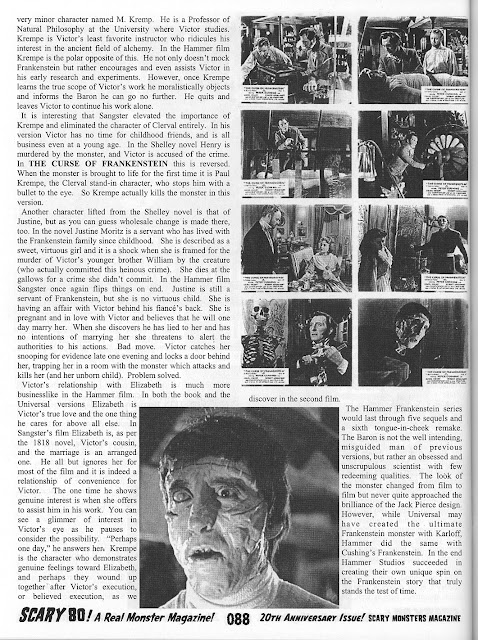