It was my pleasure recently to speak with comic book writer Rachel Deering, who has published the first issue of a Werewolf comic called ANATHEMA. She is following that up with 5 more issues of lyncanthropic terror, so I thought I'd interview her here and find out a little about Anathema... 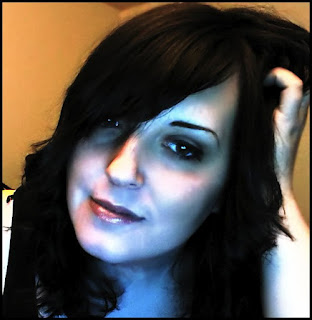 So Rachel – thanks for joining me here. Always great to meet a fellow horror lover.

The pleasure is all mine! 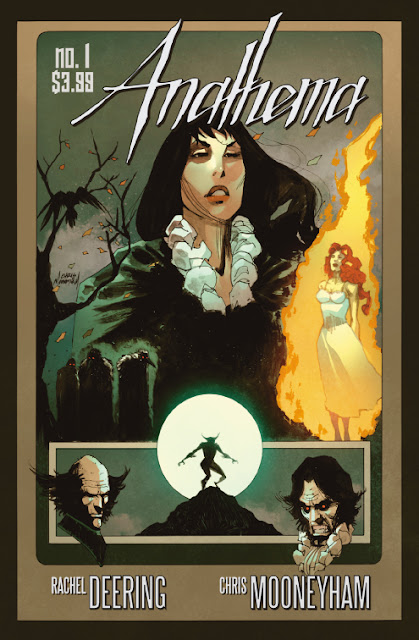 Tell me a little about your comic book, Anathema. It is a werewolf story set in the 1600s, if I’m not mistaken…

Anathema is a six issue limited series horror comic that tells the story of Mercy Barlowe, a tormented young woman with a dark side. She must fight through treacherous lands and unspeakable horrors to reclaim her lover's soul, which has been stolen by members of a sinister cult, bent on resurrecting a terrible and ancient evil.

I was purposefully vague about the exact setting of Anathema, both in date and geography. The only hint I gave was that the story takes place in a time long after the days of the Witchfinder General, and the persecution of countless innocents. I didn't want to force myself to have to adhere to a certain time period or setting. 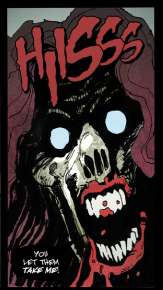 You wrote the story, who did the art?

The pencils and inks come from an extremely talented guy named Christopher Mooneyham. The colors were handled by Fares Maese, and I did all of the lettering.

Issue one is finished already, funded through Kickstarter. This time around you’re asking for enough money to print all 5 remaining issues. Was this to facilitate a more frequent publishing schedule?

Yeah, I wanted to get the first issue out there and test the waters before I committed myself to the rest of the series. The response to that first issue has been great, so now I want to knock out the remaining five issues in the series, and try to get this thing released on a bi-monthly schedule.

How many pages are in each issue? The artwork is in full color, correct?

Each issue will be 22 pages of story, rendered in full color, as well as a few pages of ads and supplemental materials.

This is a six-issue mini-series. Is the art for all of the issues completed?

Unfortunately not. I can't even begin to pay for all of the art out of my own pocket, so that's why I've launched a kickstarter campaign for the project.

The tweet that caught my attention this morning was – “Who wants to see more lesbian werewolf stories?” On your Kickstarter page you describe Anathema as a Lesbian Werewolf Epic. Can you elaborate further on this description?


That description was actually given to Anathema by Werewolf-News.com. They featured an article that called Anathema the “Epic Lesbian Werewolf Revenge Quest”, and it just kinda stuck.

Is the title, Anathema (which means a person or thing detested or loathed) referring to the werewolf curse, society’s reaction to the lesbian nature of the main character, or something else entirely?

All of the above! When Mercy is banished by Sarah's father at the beginning of the story, she cries out that she's become anathema. After she becomes a werewolf, it's clear that she's destined to become anathema wherever she goes.

As an openly gay woman you naturally have a unique insight into the plight and struggles of Mercy. This comic seems the perfect vehicle to make a statement on the prejudices that unfortunately still exist in the world today. As the character and story came into fruition was this in the back of your mind?

I didn't set out to write any sort of preachy pulp, but I needed some kind of catalyst for Mercy's decline into a frantic state. I used the homophobia in the story simply because it's something that a lot of people can relate to. 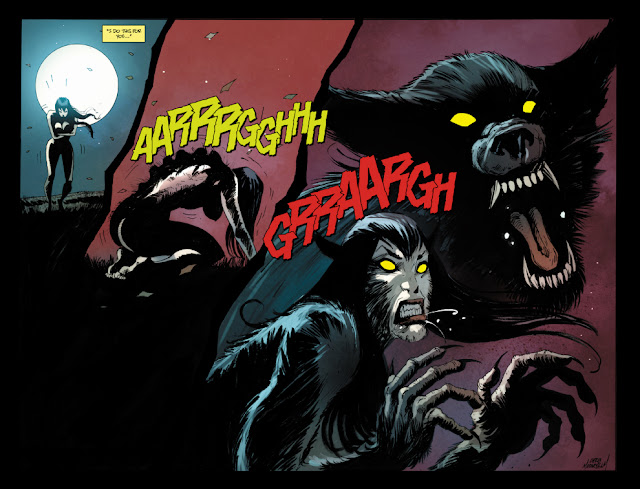 Tell me about your werewolf. Does she retain her human consciousness when she changes? Can she control the change, or does it happen with the cycle of the moon?

Mercy is completely aware of everything that is happening to her during and after the change. She can still think and function like a human, but her physical self becomes something monstrous. As for her control over the change, that's something we'll have to explore in future issues of the book.

What has been the response to the first issue?

Overwhelmingly positive, thankfully! Everyone who has read it has had nothing but kind words to send my way. I imagine there are people out there who don't really care for it, and I understand that complately. Lesbian werewolves aren't for everyone.

Are there future adventures for Mercy after these 6 issues, or is this it?

I don't think I can fully answer this question without spoiling the ending of the book, haha. Let's just settle on “maybe”, to be vague, haha.

Where can folks find issue one, and how can they help fund the remainder of the series?

The first issue has sold out on my end, but another print run is scheduled for May. People can follow me on twitter @racheldeering for constant updates on my projects, and how to get them. If they want to help fund the remaining five issues, they can visit my kickstarter page at http://kck.st/H4COs1 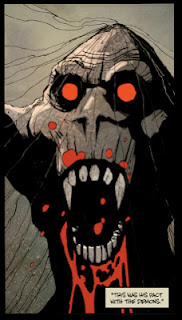 Finally, tell me about your heavy metal band, Cryptlord. How would you describe your sound and where can folks find some of your music?

Cryptlord is still in its infancy, honestly. My time is almost completely wrapped up in writing, editing, and lettering comic books, so music is very much a limited past time activity for me. That said, Cryptlord is an old school thrash/death metal band with a lot of harmonized guitar, melodic leads, and a ton of groove. It's everything I like about metal, all wrapped up into one band.

Alright, thanks again for spending some time with me here and telling us all about your lupine tales. We’ll definitely keep in touch as the issues are published, and let me know if Cryptlord ever gets some music recorded or travels down Nashville way!