Saturday night at the 2015 Wonderfest Convention I hosted a screening of the film THE COMEDY OF TERRORS, which stars, of course, both Boris Karloff and Vincent Price as well as Basil Rathbone and Peter Lorre. A truly wonderful film from director Jacques Tourneur, with a witty script from Richard Matheson, it was a blast to see on the big screen, and the room was packed. Also in attendance that evening were the daughters of two of the stars of the film, Sara Karloff and Victoria Price. 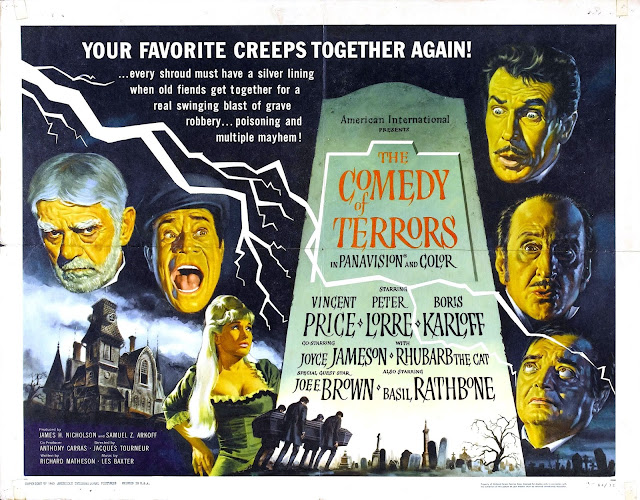 Knowing that both women would be on hand I rounded up a few special treats to screen along with the film, and among them is this song, a duet by Price and Karloff from THE RED SKELTON SHOW. It is called THE TWO OF US, and it appeared on the episode HE WHO STEALS MY ROBOT, STEALS TRASH from Sept 24, 1968. I scoured the internet searching, and asked everyone I knew if they had it, unfortunately to no avail. I did manage to uncover audio of this song, along with a few photos from that episode. Hopefully one day the actual episode will surface, as it sounds like they're having a blast. 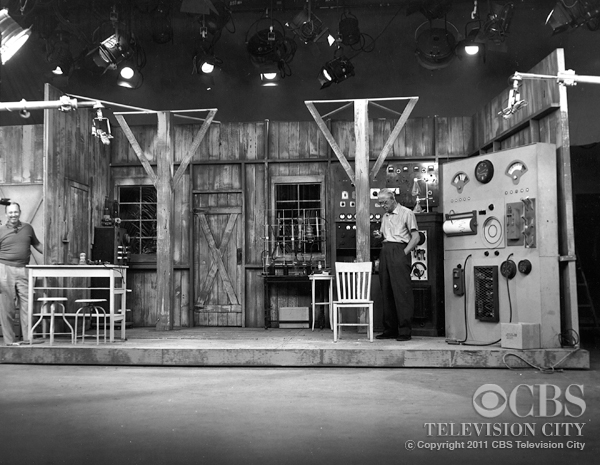 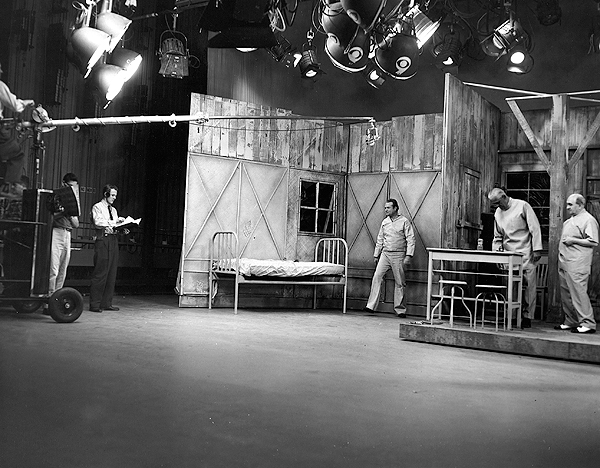 Above are a couple of photos of the set, with Boris on set in both photos. Karloff plays a mad scientist in the skit, and I believe it involves a transplanting a human brain into a robot.

I took the audio of the song and made a slideshow featuring the few photos I was able to find from that show. I think it turned out pretty good, and best of all, neither Sara or Victoria had ever heard it before, so that made it doubly special. Enjoy!