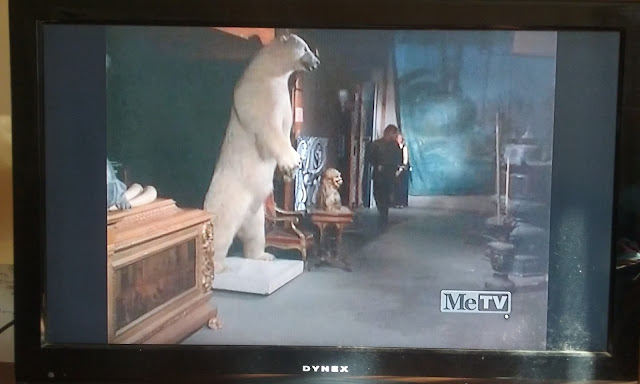 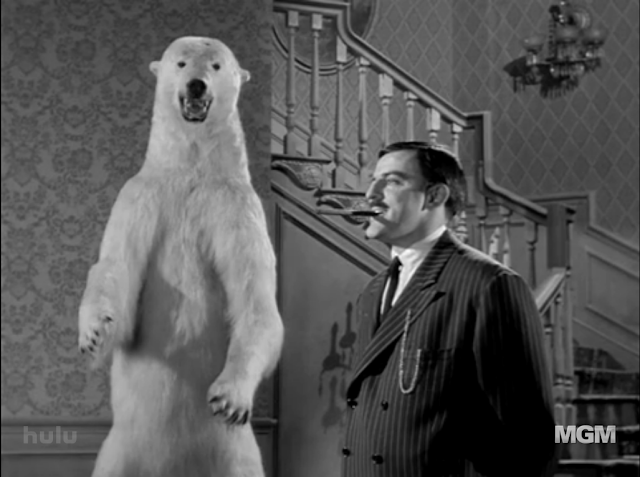 Here's a shot of Gomez with his bear - definitely the same one. Night Gallery is perhaps my favorite TV anthology series - although it's hard to pick just one. Karloff's Thriller, Twilight Zone, Tales from the Darkside, Monsters... all great stuff. Perhaps someone will revive the TV horror anthology format. Could be interesting to see some fresh terror tales for today's audiences...!
at Wednesday, December 09, 2015