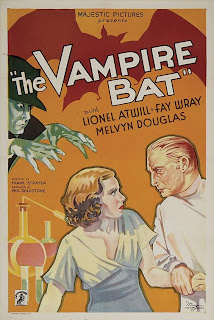 As with the original AIP, the films will have modest budgets and be geared to the independent theatrical and worldwide DVD market.

Best know for the Roger Corman exploitation pictures, AIP is now the proprietorship of Craig Scott Lamb, a passionate filmmaker and promoter who has custody of the shingle and notable others from cinema history.  Writer-director Scott Essman likewise founded Visionary Cinema in New York City in 1988.  The goal of both firms – leading to the natural collaboration - is to produce original content in both live-action and animation, focusing on the science-fiction, fantasy, and horror genres.

“I believe that all filmmakers should know about their industry’s past,” said Lamb.  “It comes in handy to know what they used to do, especially when you can’t afford to have the latest frills.”  Essman added, “I’m thrilled to be aligned with AIP.  They produced many memorable genre films at a time where the studios were rediscovering their métier.  AIP stepped in and filled a great void in genre and exploitation films.”

The first two AIP-Visionary Cinema projects, to be initiated simultaneously, are a live-action and an animated film, both in the aforementioned genre:

Vampire Bat is a public domain remake of a 1933 obscure horror film that starred eventual genre stalwarts Fay Wray, Lionel Atwill, Melvyn Douglas, and Dwight Frye.  One of Lamb’s favorites, Bat – unlike other horror remakes – will retain all of the spirit and story of the original with key updates in designs and dialogue, but will remain a steadfast homage for fans of classic horror movies.

The third collaboration between the two companies will be disclosed in the near future.
at Sunday, June 13, 2010