The dead eat the living – or is that the other way around?

If there is one thing I love it’s a good zombie movie. A little brain munching and gut chewing makes my afternoon. But thinking about flesh eating films and the ideas behind them, there are some interesting parallels to be drawn between zombie movies and religion. Many of the themes that run throughout these films actually have their basis in religious beliefs. 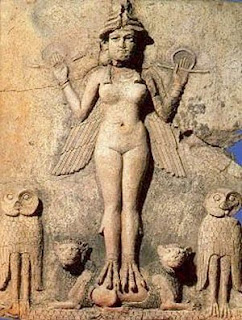 The fear of the undead is as old as recorded history. In ancient Sumerian religion, more than 1000 BC , the Goddess Ishtar threatens the gatekeeper of the netherworld that if he doesn’t let her in, “I will bring up the dead to eat the living. And the dead will outnumber the living.”

The dead will eat the living… Spooky stuff.

The eating of flesh and drinking of blood are staples of horror movies, yet when you think about it they’re also both major themes of Christian theology, as ghoulish as that sounds. Taking communion is a major ceremony of the Christian church. In the Protestant religion this is symbolic of accepting Christ by physical consumption of bread and wine, which is representative of the body and blood of Christ who died on the cross.

In the Catholic religion this belief is interpreted in a literal sense – Catholics believe in transubstantiation, which is the changing of bread and wine into the actual body of Christ while the other senses of those taking communion remain the same. In other words, the bread and wine aren’t merely symbolic of Christ’s body, as in the Protestant religion, but actually are HIS body, though they taste normal. When taking communion they are actually eating HIS body and drinking HIS blood.

It is very easy to imagine superstitions evolving from these ceremonies – eating flesh, drinking blood – cannibalism and ghoulish attacks. Perhaps subconsciously it is even more symbolic of the perversion of religion – an anti-religion. And what could be more horrific than that? 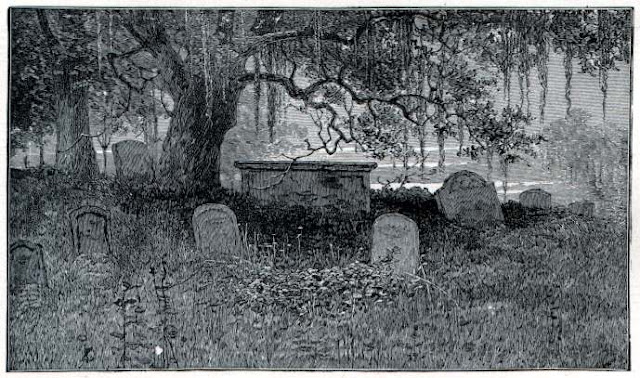 Folklore and legends of the Middle Ages are full of revenants wreaking havoc. Most of these, interestingly enough, were evil men or wrongdoers, or oftentimes unbelievers (in God). They returned from the dead to cause mischief, particularly to loved ones, and often times they were associated with spreading disease.

In early days of Christianity communion was given to the dead, with holy wafers placed in coffins and mouths of the deceased, before this practice was eventually frowned upon by the church. Superstitious beliefs held that this would provide food for the three day journey between this world and the next. This is also very similar to the coins placed in the mouths of the dead as payment for passage to the afterlife by the ferryman to cross the river Acheron, or Hades. Even more interesting is the fact the term viaticum is used for both of these practices.

In vampire myth holy wafers were used as a weapon against the undead, placed in the mouth of the dead to keep them from returning to life. Usually the head would be severed from the body, the mouth filled with holy wafers and the head reinterred. Thus the body of Christ itself was indigestible to the undead, and could destroy them. Interesting – humans eat the body of Christ and drink his blood to gain eternal life - the undead eatingHIS flesh are robbed of eternal life.