In looking through John Agar's credits on IMDB I kept noticing one other name in several of the films he made - Nestor Paiva. Nestor played Captain Lucas in both Creature from the Black Lagoon and the sequel, Revenge of the Creature. 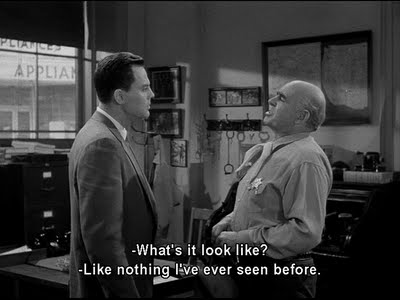 But Nestor and Agar also appeared together in the Universal classics Tarantula and The Mole People. I decided to check to see if they had done any other work together, and found that they appeared together in a total of 13 TV shows too. The two were undoubtedly well acquainted, and most likely friends, despite the fact Nestor was 16 years John's senior.

The following is a list of the movies and TV shows where they appeared together, in chronological order. Oh, and one other thing about Nestor that jumped out at me - he died on my exact birthday, Sept. 9. 1966. Kinda strange...