The details for the 11th annual Dr. Gangrene's Horror Hootenanny are officially announced, and we're excited to announce a new venue this year, as well as a slightly different format. This year we'll be showcasing 3 bands early on in the evening, with a special 40th anniversary/Marilyn Burns tribute screening of Texas Chainsaw Massacre at Midnight, with special guest John GRANDPA Dugan.

As always the event is a costume party, with special prizes for winners, plus a dollar discount at the door for all who come dressed in costume. There are 2 separate areas at the new venue, the CULT FICTION UNDERGROUND. One is the screening room where the bands will play and the movie at midnight. The other room is the bar area where the Halloween party will rage until the wee hours of the morning.

The Horror Hootenanny has been howling for over a decade - this is the eleventh annual Hootenanny, Nashville's premiere Halloween event. make plans now - it's gonna be a scream! 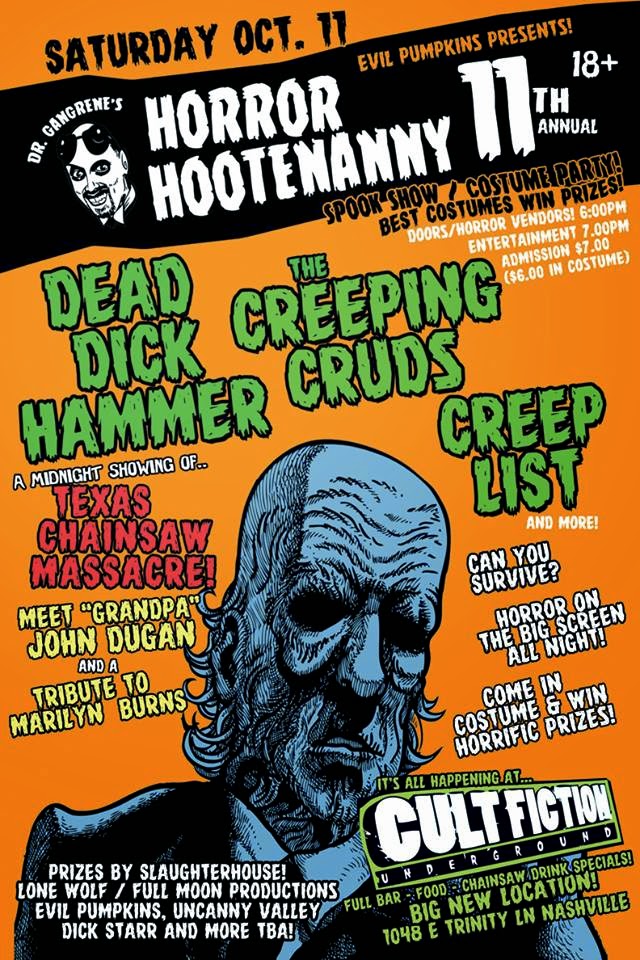