Farewell to THE RUE MORGUE PODCAST 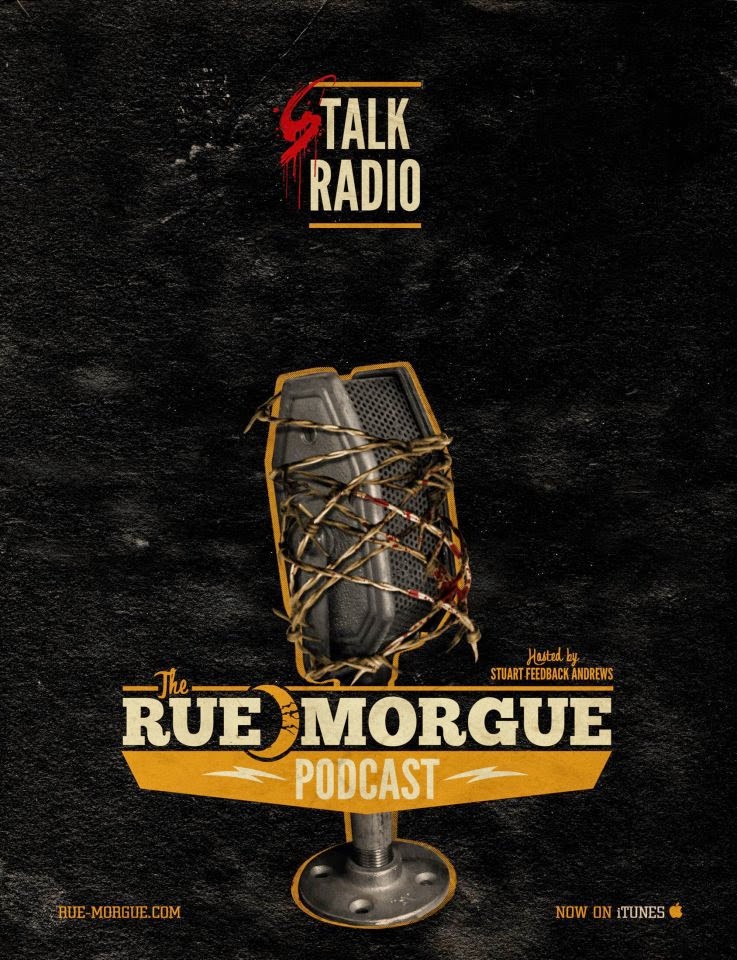 They say all good things must come to an end- and if there’s one thing I’ve learned over the past few years it’s to enjoy the good things while they’re here, because they won’t last forever. So it is with much sadness that I bid a fond farewell to the RUE MORGUE PODCAST.


It seems like only yesterday that I wrote a very similar post bidding farewell to the previous incarnation of this audio podcast, RUE MORGUE RADIO.   THAT show was a variety show of interviews, reviews, commentary and music of all genres, all brilliantly woven together by the talented Tomb Dragomir, who I interviewed here. It was a fantastically popular podcast (and perennial Rondo Award Winner) that was ended for budgetary reasons by RUE MORGUE MAGAZINE  in February of 2012.
RMR was discontinued, but in its stead rose THE RUE MORGUE PODCAST. I wrote an article about the new RMpodcast here back in Feb of 2012.  Hosted by Stuart Feedback Andrews (and occasionally side-kick Last Chance Lance), the Rue Morgue Podcast featured interviews with directors, actors, and artists from the horror community, as well as contests, commentaries, music and more. It was always entertaining and one I looked forward to regularly.
Feedback's interviews were always interesting and insightful…and influential, as a horde of imitators follow in his footsteps.  He was a true innovator of horror talk radio - and a true champion of Women In Horror Month, and I think his show played a big part in helping to spread WIHM's message.
169 episodes later Rue Morgue comes to an unfortunate end – but rather than end this post on a down note, I’d like to congratulate Feedback on the many hours of entertainment he’s provided, and the legacy he’s left behind.


So to Feedback, and The Rue Morgue Podcast, I salute you. I hope you continue to produce more podcasts, Feedback - especially Cinephobia-radio, your side project/podcast of which I'm a big fan.

Listen to my interview with Feedback here
at Wednesday, August 20, 2014