I just read a couple of reviews from people who, remarkably, liked this new Fantastic Four film. Oh, their praise was tempered with a fair share of criticism of the mishandled, jumbled mess of a finale this film sports, but they still claimed to enjoy it overall (although I do wonder if some of that isn't just a desire to go against the grain of public opinion).

But I thought about this, reflecting on whether I was being overly harsh in my assessment of the film. Sometimes you go see a film and afterwards it kind of grows on you. You begin to appreciate the finer details of it, and realize that maybe it deserves a second viewing


And then there are times you see a film and it just pisses you off more the more you think about it. For me, the new Fantastic Four definitely falls into the latter.

You see, the reason there is such a public backlash against the new film all boils down to one plain, simple reason. Listen up Fox, maybe you'll finally get this through your thick skulls.

The reason people hated this movie, and that it failed miserably at the box office is because IT WASN'T FAITHFUL TO THE SOURCE MATERIAL!

Look, I realize that some changes need to be made to make it fly in live action form. BUT, the most successful films and TV adaptations of comic book material are always those that stick closest to the source material. For someone to come along and make wholesale changes to what is canon to legions of fans is arrogant and insulting. This is why the backlash to Josh Trank and his "vision." I understand that he made a successful film with Chronicle (which I haven't seen). But here's the thing about Chronicle - it was an original story. It is credited as story by Max Landis and Josh Trank, screenplay by Max Landis.

Trank was working with his own characters there, and thus free to do whatever he wanted. And it worked great, apparently - though in hindsight I wonder if maybe it wasn't more Landis than Trank, especially since Trank wrote the new FF script.

Interestingly, just this week Landis released the first four pages of his OWN script for The Fantastic Four, and let me tell you, it is far, far superior to the murky mess that was just released to theaters. 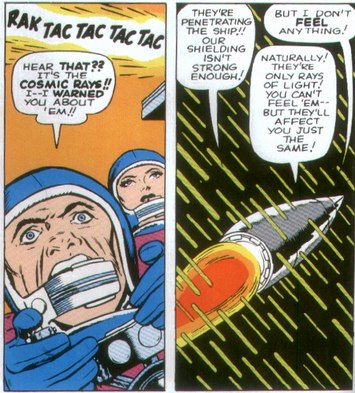 Once again, Landis' version IS FAITHFUL TO THE SOURCE MATERIAL. It is creative, and adds some new stuff - but it's all in the spirit of the original. The characters and their personalities are faithful to the comic books! As I've said before, if Trank wanted to make a film about teenagers who travel into another dimension and gain powers he should have made THAT film.

Trank's arrogance is what really pisses me off. He instructed his actors not to read comics, as his version wasn't following them anyway. Why the hell did Fox go along with this? He made wholesale changes throughout - if he disliked the material so much, why bother? His "improvements" were far from that. All they managed to do was alienate fans of the franchise and make a lesser quality product.

His film is also VERY dismissive of women. There is only one female character throughout most of the movie, and she is relegated to second tier status. She is left home while the men travel to the other dimension and gain their powers. She is only granted powers as an afterthought, when some backlash of energy surges into the lab upon the brave men's return. They face danger and leave her home alone, and they bring back the superpower to her like good hunter/gatherers. Her purpose in this film seems to be merely to provide occasional stupid lines of dialogue and act emotionally distant.

Now Fox has announced they are proceeding with a second Fantastic Four film. I guess getting their asses handed to them at the box office once isn't enough. They are determined to try and make the public accept this train wreck. Good luck with that. What they have achieved here is to make not only the worst Fantastic Four film to date, but ARGUABLY THE WORST SUPERHERO FILM OF ALL TIME. 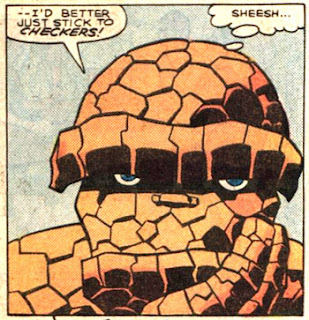 After this fiasco I was really hoping Marvel would get the rights back to the Fantastic Four. It's very disappointing, but maybe after the second FF flops it'll finally happen.

Who knows, maybe they would film Max Landis' script. It sure beats the hell outta his former partner's version.