Indy director Henrique Couto, (who I interviewed a couple months back), has a new film coming out this fall that I want to tell you folks about. Anyone who knows me knows I'm a big fan of horror anthology films, and Henrique shot an anthology film called SCAREWAVES that is set to be released on DVD October 27th. 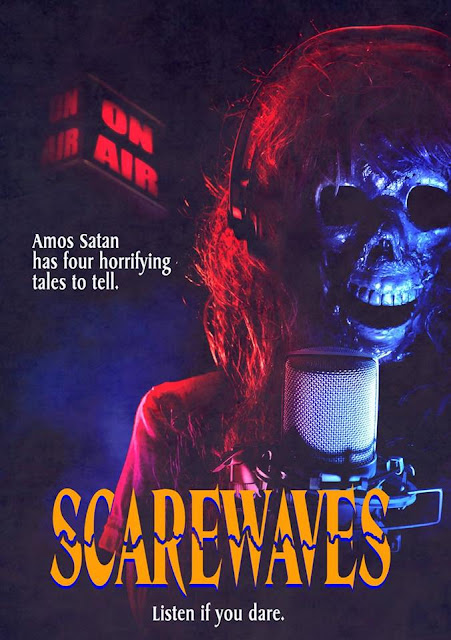 I have a copy of this film, and it is a fun-filled throwback to films such as CREEPSHOW and TALES FROM THE DARKSIDE. In fact, it especially reminded me of Creepshow, one of my top 10 all-time favorite films, with the bright blue and red comic-book influenced lighting that floods the scenery throughout the film.

The wrap around segments are particularly clever. A radio DJ named Amos Satan is on the air for his final broadcast. In place of his regular show, he decides to regale the listeners with a series of true terror tales.


Check out the Scarewaves Facebook page for more info, and how to order a copy for yourself.
https://www.facebook.com/scarewavesfilm

OR if you live in the Chicago area, you can check out the film yourself on the big screen. Director Couto will be bringing the film to Chicago on Saturday, September 12th at Chicago Filmmakers, 5243 N. Clark.

There is also a Facebook page for the film screening:

So check that out for further details.