I went to the drive-in this past Friday night and saw a double-feature of THE FANTASTIC FOUR and ANT-MAN. I had already seen Ant-Man, and knew what to expect with it; a fun film that fits nicely into the Marvel Universe. The Fantastic Four, however, was an entirely different story. 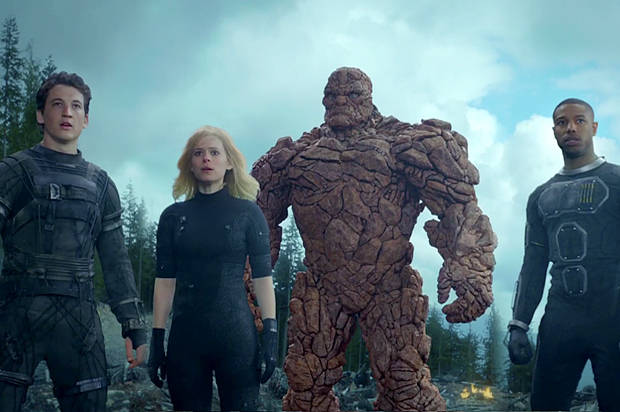 There will be spoilers…

Where to begin? I think you have to place blame for this film’s failure squarely on the director, Josh Trank, and his casting of way too young actors in the lead roles. Every one of them was pretty much an exercise in complete, miserable miscasting. I discussed my issues with the cast in a previous post based off early press and rumors I had read. After seeing it firsthand, however, I can honestly say it was even worse than anticipated. The acting was as bland as the muted colors throughout the film. There was little character development, horribly written dialogue and no chemistry between leads. If there was supposed to be a love interest between Reed and Sue – an integral part of the comics, as they are eventually married – then they completely missed the mark. In this film Ben Grimm is physically smaller in stature than nerdy Reed Richards, who completely lacks any leadership qualities or charisma. Johnny Storm is now black, for some inexplicable reason. Honestly, there isn’t a single character that is well-cast. I guess Sue is cast closest to the comics, if you overlook the fact that she’s about 10 years too young. 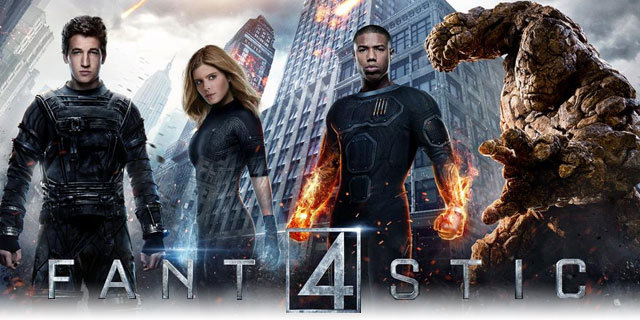 Then there is the script, which is probably an even bigger culprit. If I had to sum this film up in one word, it would be dull. It starts off okay, with Reed and Ben in High School, then quickly takes a turn into dullsville, and never returns. Ben Grimm is a useless character in this film. In the comics he was the pilot for the ship that went into space. In this one they go into another dimension to gain their powers. BUT there is no reason for Ben to be there. He didn’t work on the project, isn’t a scientist, and in fact if you removed his character completely it wouldn’t alter the story. He is pointless. As is Sue in this one, as invisible as the powers she gains. They give her very little to do, and in fact, she doesn’t even go on the voyage with the men. No, the helpless girl stays home while the boys go dimension hopping… with Victor Doom tagging along. Doom ends up getting separated and they have to leave him behind. Sue gains her powers when they return and a resulting explosion causes an energy surge that engulfs her? Huh? Or something like that. Anyway, her getting powers is an afterthought, as is her role in this film. There is also a ridiculous subplot of a scientist named Dr. Franklin who has an X-men like academy of kids who are scientific protégées. Kind of like a wayward home for genius orphans. This character and subplot is clearly in place only to explain why Johnny and Sue – brother and sister in the comics - are different races in this film. 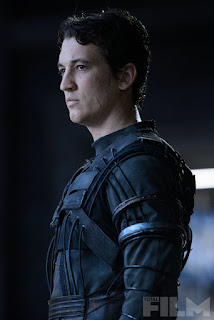 Perhaps my biggest complaint is how they portray Reed in this film. After they return from the other dimension Reed slips through the ventilation shaft and RUNS AWAY like a coward from the military, who now have the remaining fantastic three in quarantine.  Reed hides out in another country for an entire year. Poor Ben Grimm, who is now a walking rock creature, doesn’t wear any clothes. Apparently his junk fell off in the transformation, cause there’s no male member there – nothing. Talk about a lack of dignity! He is portrayed onscreen completely CGI, and it looks bad. Really bad. The kind of bad that won't hold up well with time. The design of his face looks particularly bad.

The gang now have to wear specially designed clothing, invented by the military, to control their powers. Reed somehow manufactures his own version of this costume which magically stretches with his body. Where he got the money and resources to do so, hiding out in South America somewhere, isn’t explained. Once reunited they go back to the other dimension and Doom shows up, with a laughable costume design (seriously, someone should be really, really embarrassed trotting out that thing) and there is an ending tacked on that makes no sense at all.

This film has managed one achievement – it is now officially the worst film in the Fantastic Four franchise. The Roger Corman film is far superior to this turd. It at least stuck to the source material and did the best it could despite lack of resources. This film alienated fans of the comics, and underwhelmed regular non-comics moviegoers.  When the best praise you get on a movie is, “Oh, it’s not as bad as the reviews,” you know you’re in for a rough time. This film sucks in a boring, dull, lifeless way that lacks entertainment value. It doesn’t even reach the “so bad it’s good” level – in fact, it falls far short of that mark. It’s just bad. Forgettable. 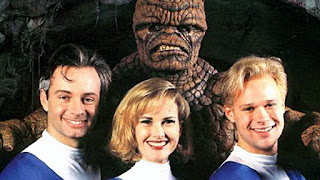 My advice? Avoid this film. Catch it on Netflix if you’re curious. I’d give it a half star out of four on a rating scare. On Rotten Tomatoes it has a 9% fresh rating from critics. That sounds about right.
at Monday, August 10, 2015