Word surfaced this weekend that veteran actor Angus Scrimm passed away. Angus, best known as The Tall Man in the excellent PHANTASM series, actually got his start in the music business, where he worked writing liner notes for a variety of musicians, even winning a Grammy in 1974 for his notes for “Korngold: The Classic Erich Wolfgang Korngold."

His first couple of film roles were in horror pictures - SWEET KILL (1972) and SCREAM BLOODY MURDER (1973). Three years later he would work with Don Coscarelli on the film JIM THE WORLD'S GREATEST. The two would reunite in 1979, when Coscarelli wrote the role of The Tall Man for Scrimm. 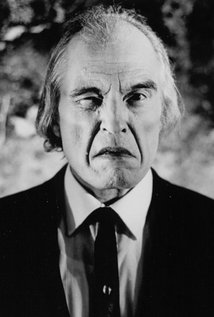 In 2015 Coscarelli filmed the fifth and probably final installment of the Phantasm series, PHANTASM RAVAGER. The previous installments were PHANTASM (1979), PHANTASM II (1988), PHANTASM III: LORD OF THE DEAD (1994), and PHANTASM IV: OBLIVION (1998). Ravager is scheduled to premiere this year.


I remember showing these films to my kids when they were younger, and how much they loved them just as I did. I think I'll be revisiting them sometime soon, for sure...
at Monday, January 11, 2016