TALES FROM THE CRYPT resurrected for 2016

TNT announced today it is reviving the classic TALES FROM THE CRYPT TV series with none other than M. Night Shyamalan at the helm! The series is set to debut this Fall on TNT, but in a slightly different format. 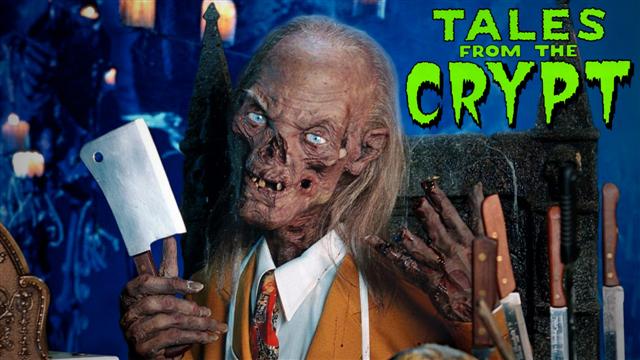 The series will be a 2-hour block titled TALES FROM THE CRYPT. Within that block will be a variety of content 'curated' by Shyamalan. Sound confusing? Yeah, that's what I thought too. In a report here TNT reports that the new show will actually be an umbrella for a number of shows under the TALES FROM THE CRYPT banner.

This brings forth a number of questions:
Why not just revive TALES? Will the Crypt Keeper still be the host? if so will it still be in animatronic form, and will John Kassir still provide the voice? At this point I couldn't imagine a version of the Crypt Keeper without his trademark performance.

This isn't the first time a revival of TALES has been rumored. In 2011 another version was announced that would have featured a running plotline featuring characters from the TALES universe. Thank goodness that didn't go through, that idea had disaster written all over it from the get-go. TALES has always been an anthology series, from its 1950s roots in EC comics to the 1972 film of the same name, to the successful and ground breaking run on HBO from 1989-96.

I am curious, hesitant and hopeful for this latest incarnation, should it actually crawl out of the crypt and shamble onto TV screens this Fall.Let's keep our cleavers crossed it turns out well.
at Thursday, January 07, 2016