He wouldn't even hurt a fly... 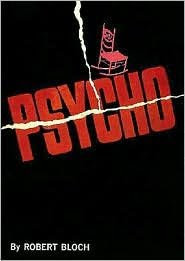 I finally sat down and read Psycho.

I've wanted to read this 1959 Robert Bloch novel for quite a while, but never made time for it. I should have. Psycho was just as entertaining as I had hoped, and I see why Hitchcock chose to adapt it to the big screen.

The Universal film is actually very, very close to the source material. There are a few differences, of course, but the majority of what you see on the screen is straight from the book.

One of the major differences is the character of Norman Bates himself. In the book he's a middle-aged, overweight bookworm - a recluse who still lives at home with his mother while running a shabby motel located at the bottom of the hill below their house.

In the movie the part is played by Anthony Perkins, who is much younger (and leaner) than the character described in the book. Bloch was asked what he thought about this change in the screen version of the character. Here's what he had to say in an interview with Randy and Jean-Marc Lofficier when asked what he thought of the movie adaptation (you can read the entire interview at: http://mgpfeff.home.sprynet.com/lofficier_interview1.html)

"I was absolutely delighted. You know, it's generally the case that they take a title and the book and change it radically. But, in this case, it was about ninety percent from my book. He made only two drastic changes. He downgraded the age of Norman Bates, which was necessary visually. If they had presented a middle-aged man on the screen at that time, you'd automatically suspect that he must be the villain. So, that was a brilliant stroke on his part. The other thing he did was take a large segment of scenes that were in the book, but didn't describe fully. But the rest of it, the characters, the setting, various devices, all came from the book, right down to the last line."

There are several theories of where the character of Norman Bates might have originated, and one of these lies with real life serial killer Ed Gein. The Gein murders happened just a few miles from the small Wisconsin town where Bloch lived, and it certainly played a part in influencing the development of the character. But it was more of an inspiration, a kicking off-point, than a blueprint. Bloch also addressed this in interviews and mentioned the ideas of the murders themselves being influential to Psycho, but not so much the man Ed Gein himself.

Another very interesting theory is that Bates was based on real life magazine publisher Calvin Beck, best known for his ground breaking magazine CASTLE OF FRANKENSTEIN. Science Fiction writer Tom Weaver explored this connection in an article that is reprinted on the terrific B-Monster website .
Like Bates, Beck also lived with his mother and was dominated by her overbearing personality. Bloch knew Beck, and the idea that he based Norman Bates on Calvin Beck is more than plausible. Give that article a good read - it is fascinating and is just another example of the fine research that Tom Weaver has done over the years.

I wondered how well the book would hold up, given the fame of the movie adaptation. Psycho met all my expectations, and is a really good read. Of course, I expected no less from one of Bloch's lineage – he comes from the Weird Tales line of writers. Anyone who had work published alongside the likes of Robert Howard, H.P. Lovecraft, Henry Kuttner, Ray Bradbury and Clark Ashton Smith is in the company of the finest horror writers of all time, and indeed is rightly considered one himself. 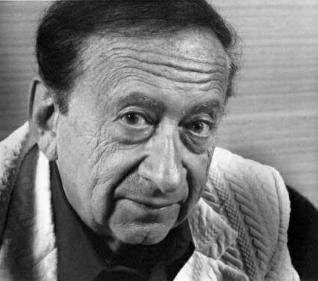