Monstermatt Patterson is a man who knows bad jokes. More than that, he revels in them, specifically bad jokes of the monster variety. You see, Matt has been writing and cataloging a collection of monster jokes that will be released soon in his first book, MONSTER MATT’S BOOK OF MONSTER JOKES, VOL 1.  Matt @monstermatt1 and I have followed each other on Twitter for a while now, so when I heard the word on this upcoming tome of groans I knew I had to invite Matt into the lab for a quick converslaytion. 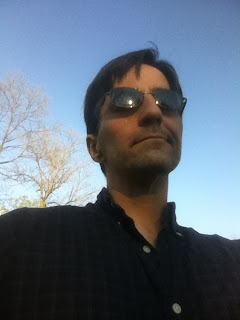 Doc Gangrene – Welcome to Shackle Island, Matt, glad you made your way safely through the swamp and past the graveyard to Gangrene Manor. Not all my guests are so fortunate – did you drive the zombies back with bad puns?
Monster Matt - Thanks, Doc. I love what you've done to the place! Yes, the puns held them at bay. Those and some brain shaped cut-out cookies! Ooohhhh, brain cookies...
Doc G - Your book is full of jokes, puns, limericks and more all based on classic and not so classic monsters. What possessed you to create this mad monster masterpiece of mirth? Was it something you had planned for a while or was it inspired by some recent event?
Monster Matt - Actually, it was quite accidental. I started writing them and sharing them. Soon after, I started gaining an audience and people strongly suggested I try to get published. My friend, author Nick Cato even came up with the title, or close to it. Thankfully, Kyle jumped on board and here we are! 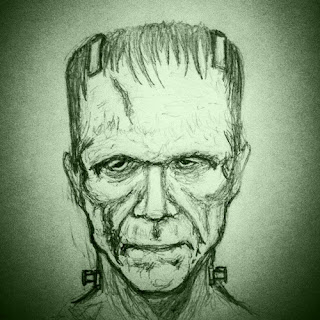 Doc G – Your book is organized into chapters based on different monsters. Is there a reason you placed the Frankenstein chapter first, or was it just a random choice? Perhaps showing a little favoritism to ole bolt-neck?
Monster Matt - Actually, any of the Universal Monsters would be a good "lead off" man, but yes, Frankenstein is my favorite! There's something about him that almost seems plausible in a weird way. He had to be the "go to" ghoul!
Doc G – Is there a monster you didn’t write jokes for that you wish you’d have included? I see Lovecraft got his own section, perhaps Poe will get one in Vol. 2?
Monster Matt - I'm expanding the scope of who or what. All will be revealed in Vol.2 And 3. Unfortunately, I can't say more than that. But, I do want to keep the Universal Monsters as the foundation of each book, if possible.
Doc G – With a love of bad puns I imagine you read Famous Monsters as a young ghoul. Was that one of your early influences?
Monster Matt - Absolutely! Uncle Forry had a fiendishly, delicious way with words! That and the wonderful Monsters that were presented in FM were such a draw for me! Mad Magazine and Cracked Magazine did a good spin on Monsters every now and then. The "You'll Die Laughing" bubble gum cards were very cool as well. That's in addition to the countless other influences, like Dr.Demento, Hillarious House of Frightenstein, Benny Hill, etc.
Doc G – You’re also a mask maker. Tell me how that got started.
Monster Matt - That was during the physical rehab I was doing, following shoulder surgery. I first made a mask of The Fly. But it wasn't sculpted. It was layers of paper towels, tin foil, latex, and paint, on top of my ice hockey helmet, that I applied with my arm in a sling, fastened to my waist. It was painful, but so much fun! I also made a claw by cutting up a 3-litre pop bottle and adding the layers, just like the head. It actually got used in a short film, called "Leftovers". 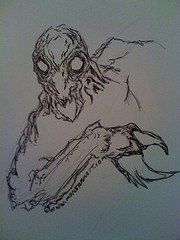 A couple months down that road, I was given a ball of clay for hand strengthening. At home, I had my kid's Play-Do to goof around with. I made some faces and took the first step in mask making. I bought a half head armature and other supplies, making my first sculpted mask - The Wolfman.
After that, I had my masks and sculpts in a couple different films, and haunted attractions. 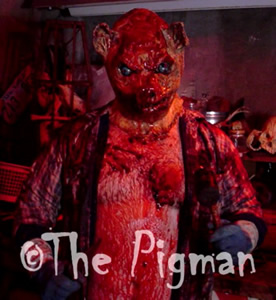 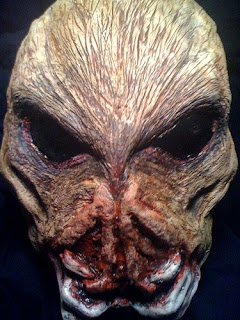 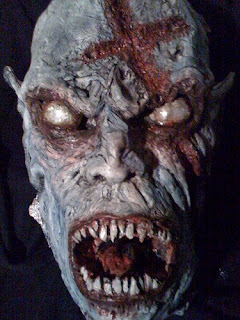 The Cruci-fried Demon
Doc G – You have another book in the works, too. Tell me about it. 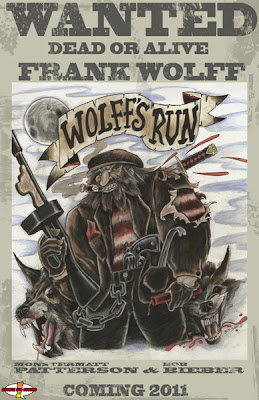 Monster Matt -  It's a three part horror story, called "Wolff's Run". Bob Tancelt Bieber is illustrating it. Kyle Kaczmarczyk's comic book company, Zombie Ink Comics is publishing it.
It's set  in a Canadian/U.S. Border town on a frozen river, during the Prohibition Era. There's rum-running mobs, double crosses, werewolves, but not your typical brand, per se. It's hard hitting action, horror, crime noir, sci-fi.
There's follow up plans on the table, to take the core of the story and do different things and formats. So, I think comic book fans will get a thrill out of it. People that have read my script for it, have responded quite favorably!
Doc G – What’s your favorite Halloween memory?
Monster Matt - I don't think I can narrow it down, really. Every Halloween is so special in it's own way. The different events I've attended, the anticipation of choosing just the right costumed character. It's all so good! I can't think of a Halloween that I don't want to remember!
Doc G – You’re stuck in a haunted theater for all eternity with one movie playing endlessly, and you get to choose the film – What would it be?
Monster Matt - Bride of Frankenstein! So classic! Humor, horror, Monsters "of corpse"! I would gladly watch that! Who's footing the bill for eternal popcorn?! Ouch!
Doc G - Thanks for spending some time in the lab with me.  How can joke hungry ghouls get their own copy of MONSTER MATT’S BOOK OF MONSTER JOKES, VOL 1.
Monster Matt - The pressure, I mean, pleasure was all on this end, Doc!
The book is on Amazon, Barnes& Noble, the PillHillPress/WestNebBooks online  book shop, and more outlets, soon. Thanks for having me, Doc!
Happy Halloween!!! 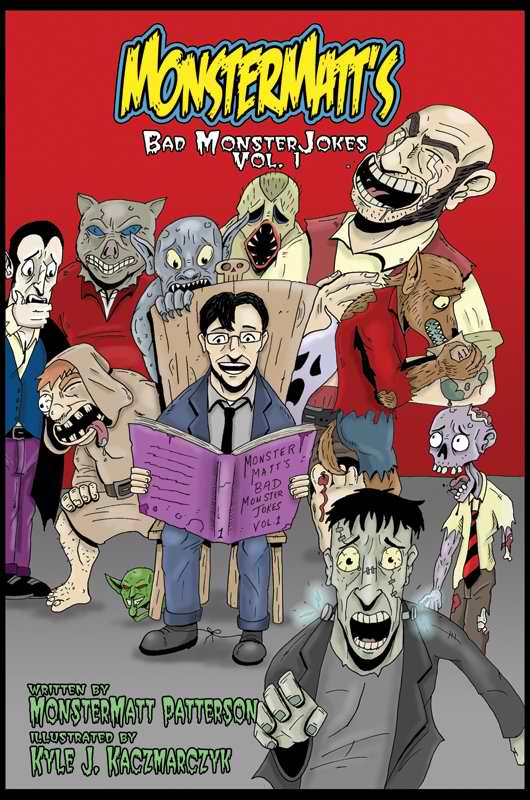