Welcome To The Original Fright Night – For Real!

Today I have a treat for you guys, an interview with the director of the original Fright Night, Tom Holland. This was conducted by my buddy Scott Essman, a frequent contributor here, and gives some terrific insight into this genre classic... 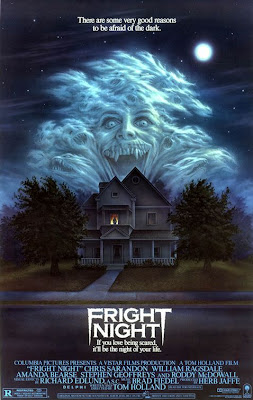 Scott - Are you surprised that the original Fright Night is now seen as one of the touchstone horror films of the 1980s?

Tom Holland: I didn’t know that I had caught the cultural gestalt. That happens when you are young enough and worked enough so you know enough. I was probably representing the desires and interests of my generation. I was in touch with it all. I have been ahead of the curve for a number of years – Initiation to Sarah, The Beast Within. The effects couldn’t keep up with what I was seeing in my head. By the time we got to Fright Night, because of films like Ghostbusters, we could do the effects we wanted to. Without the money from Ghostbusters and the shop that they put together that was able to deliver that quality, we could not have done Fright Night.


Scott - What was the writing process like for you, creating this original homage to classic and TV horror?

Holland: I wrote that screenplay chortling. It was a delight to write. I was making myself laugh when I was writing. At the heart of it, it’s a comical chuckle and droll. There is something very funny about the idea of a vampire moving in next to a gonzo horror movie fan. It was what I wanted. There were a lot of things coming together to make it work. I took a year of thinking about it and three weeks to write it. I had the idea and the story and didn’t take the next step until I thought of the Peter Vincent character [the TV horror host]. Then, the thing just started to click. I kept asking myself what I would do if I was a teenager and I was convinced about the vampire. You couldn’t go to your parents or the cops – everyone would think you’re nuts especially because you are into this stuff. 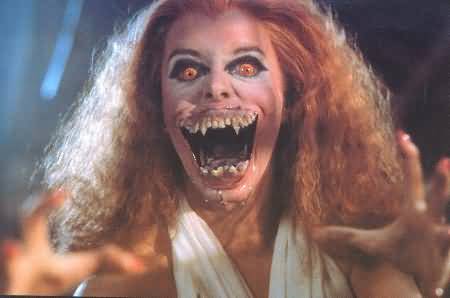 Scott - Your makeup and creature effects in the film, by Steve Johnson and the Boss Film Studios team, are quite striking and even hold up today. What was the secret behind them?

Holland: They couldn’t do the transformation in 1980 that we did in Fright Night. All that they had then were bladders. In the intervening four years because of the continuing emergence of the summer blockbuster, they put more and more money into effects and developed the expertise for Richard Edlund [founder of Boss Film Studios] to create the effects that I wrote. I still have the hand puppet of the wolf and the bat in a case at home. Now, you are wall-to-wall CGI, and everything looks like a video game. There’s a 14-minute videogame cinematic about black ops that’s better than most movies. 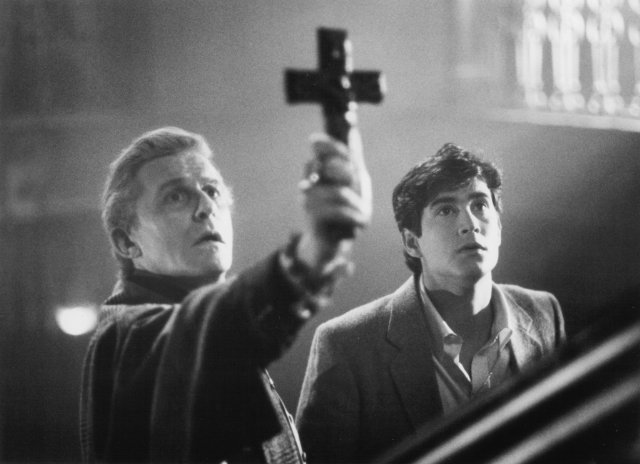 Scott - Fright Night was released late in the summer as a sleeper even though audiences loved it at the time. Were you operating below the radar of the big studio releases with this film?

Holland: We were the littlest movie, a toss away, and nobody cared because the budget was so low. Guy McCrane ran Columbia – a wonderful man who had been one of the top agents in town. He suggested Roddy McDowall, [who played Peter Vincent] because he was a friend of his. Roddy had starred in Class of 1984 which I wrote, and he was terrific in that. I was worried that he was too young. He came in, and the image he used was the Cowardly Lion. He did a knockout reading. I don’t think that came out of any desire by the studio to have stars. Their big movie was Perfect which they had a gazillion dollars in. They had a huge DP shooting it, Gordon Willis. They wanted to keep Travolta and Jamie Lee Curtis happy. 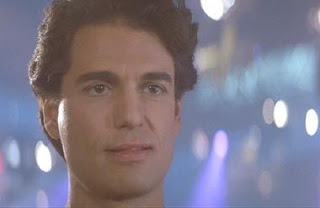 Scott - Besides McDowall, was it easy to cast the film?
Holland: For the star part, Jerry Dandridge, the vampire, [major stars] wouldn’t even consider it – a dumb cheap horror movie at Columbia about vampires. Nobody would touch a vampire movie. You laugh at that now with the Twilight series. It’s cyclical. Fright Night reinvented the vampire movie. Chris Sarandon’s name came up. He had a moment where he could have been a Hollywood star. He was back on his heels a little bit after The Sentinel. To his credit, Chris is a stage actor as well, and he knew it was a potential star turn. The material is what moved him. Movies are such a director-driven thing. You can understand any actor’s hesitation. William Ragsdale was right for it when he came in and read. I turned down Charlie Sheen because he was too handsome. Bill was perfectly right for it. Amanda Bearse was 26 and we were trying to get people closer to the [correct] age. They were all lovely to work with. 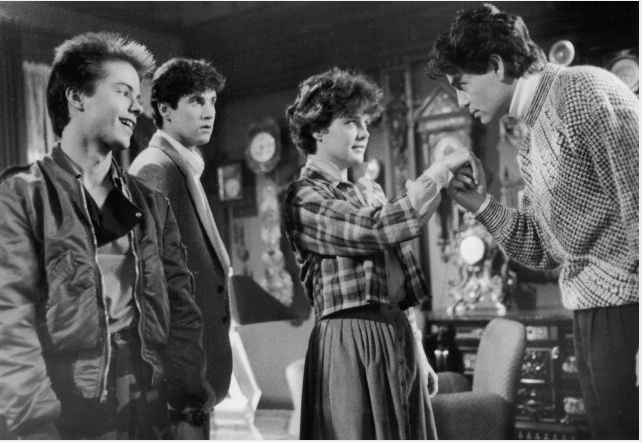 Scott - The chemistry between Bearse and Sarandon is palpable, especially in the nightclub.

Holland: We are doing the dance scene. Chris said, “Tom, I’m not getting a certain kind of connection here.” He needed a little romantic push. I got lucky with Bearse too. It could have been a disaster, but we made it work. She was brought in by [casting director] Jackie Burch. She also brought in Evil Ed – Stephen Geoffreys. I was worried because he was a little over the top. Nicolson did that in the Shining. We rehearsed the shit out of that show. I had [writer-director] Colin Higgins down to watch and ran the whole thing like a play. He came up with the line, “Would you like some valium, dear?” from the mother. That was Colin’s sensibility. 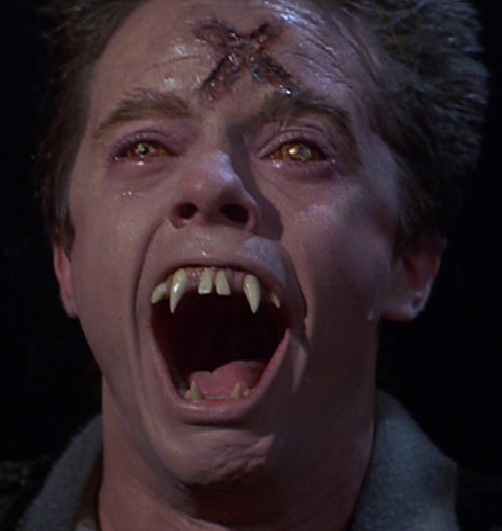 Scott - Fright Night seems like it must have been a fun movie to make for all involved.

Holland: I think the fact that we had fun communicates itself, especially when you have humor in it. I don’t think the studio knew that it had comedic elements. It has a sweetness to it. What happened was my affection for the genre and the movies I grew up with informed the piece. When I wrote the staircase scene with Billy Cole, I was thinking Abbott and Costello Meet Frankenstein. It’s the vulnerability; there’s a humanity in it. It’s about a guy who’s being asked to be more than he is, and he rises to the occasion. 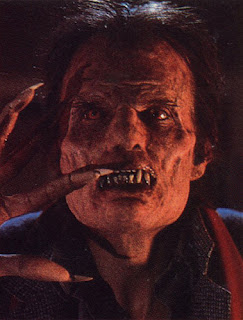 Scott - If you were to direct the remake of your own version of Fright Night, would you try to use practical on-set effects as with the original film?

Holland: I would try, but I would doubt my ability to do it because the money people would go for CGI because it was “cheaper.” I don’t know that it is, but since everybody is doing it, it has to be. For my film Thinner, if we did it now, you would have to do it that way. Where you had something as difficult as Chucky to do as a puppet, it was cost intensive. They would do it now with CGI wall-to wall.


Scott - What are your true feelings about the studio remaking your film without you?

Holland: In the remake, they should have made the kid going to a horror convention – instead, he is going to a magic guy in Vegas. But I wish them the best doing the remake and pray to god that they do many sequels – the more successful they are, the more people will want to see the original.
at Thursday, September 01, 2011