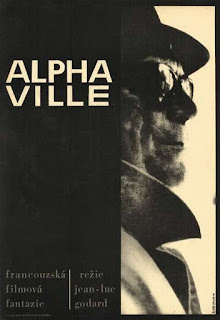 This 1965 film by director Jean-Luc Godard is equal parts Science-Fiction and Film Noir, with large doses of Orwell’s 1984 thrown in. Shot in black and white the film takes place in a futuristic city called Alphaville, a dystopian society run by a computer overlord called Alpha 60. In this society emotions are outlawed, and in fact the very words describing them are removed completely from the language. The citizens of Alphaville are issued bibles, which are in fact dictionaries, updated regularly to inform people which words are banned. If a citizen shows emotion they are executed in a bizarre public ceremony. While standing on diving boards they are machine gunned down, their floating bodies retrieved by female swimmers armed with daggers to finish them off, to the applause of the spectators.

Secret agent/detective Lemmy Caution, played by Eddie Constatine, arrives in Alphaville from the outlands on a dual secret mission: to find missing secret agent Henri Dickson (played by Akim Tamiroff) and kill Alpha 60’s creator Professor Von Braun (real name Professor Nosferatu, although he now goes by Von Braun). Along the way he meets Von Braun’s daughter, Natacha, played by Anna Karina, who becomes his guide to the city of Alphaville. He begins to develop feelings for her and slowly teaches her the meaning of emotion, and love. Lemmy’s demeanor and thought processes run contrary to Alphaville’s regimented, logical rules. He is brought in for questioning by Alpha 60, which speaks in a gravelly, distorted voice. During this interrogation Eddie slips in a question that confuses Alpha 60. This question is actually a few lines of poetry - to decipher it the purely logical computer must utilize emotion, which is contrary to the very rules of society and eventually throws Alphaville into a state of turmoil. 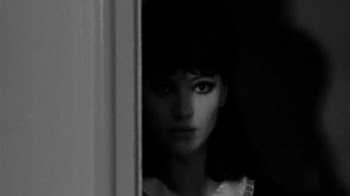 One interesting aspect of this film is its lack of science fiction visuals. The futuristic elements are all introduced through the script rather than special effects and elaborate sets as one would expect in a science-fiction film. It was shot on location in Paris, and the buildings, wardrobe, cars etc. are all presented as-is. It has a modern art feel to it, with art deco backgrounds and spiraling staircases, setting it very much visually in the sixties. 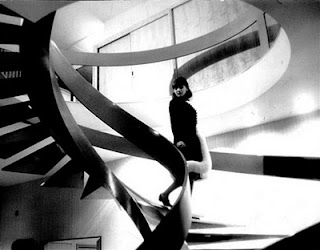 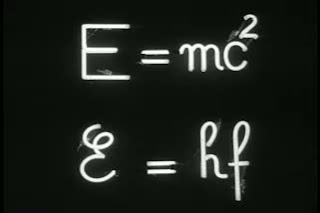 Just as the film is presented in black and white, and color minimized, the science-fiction props and effects are similarly minimized. Director Jean-Luc Godard seems less interested in making a traditional film than a work of art, a statement about the dangers of totalitarian society and the irrepressible nature of man. Individuality is everything and creativity and emotion win out over logic. Alphaville is an interesting exploration of these themes, and Godard has made a film that is unlikely to be appreciated or understood by the majority of today’s movie watchers who are used to being hand fed everything. However, for those adventurous folks who accept the challenge of thinking outside the box (or the Bay, as the case may be – is there a worse director than Michael Bay? Yuch. I really don’t get the whole fascination with those big budget wastes of time. Transformers – yawn), Alphaville is available through Netflix Streaming, and highly recommended. 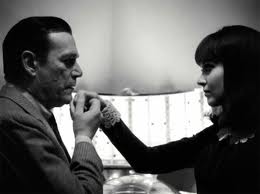