Here's a promotional shot of Lugosi as Murder Legendre from White Zombie, featuring makeup by Jack Pierce. Lugosi refused to let Pierce work on his makeup in Dracula, and clashed with him on the makeup for the Frankenstein Monster in the infamous test shoot for FRANKENSTEIN - but fate kept throwing the two together. In 1932 they worked together first on MURDERS IN THE RUE MORGUE, then WHITE ZOMBIE, and would go on to work together on a total of 11 pictures! 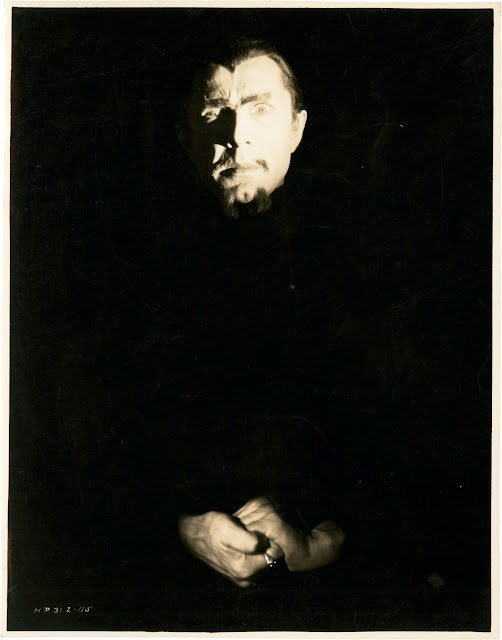