1932 was an interesting and busy year for Bela Lugosi. He had, of course, starred in the amazingly successful DRACULA the year before, then Universal passed on him in the role of the Monster in FRANKENSTEIN. He would go on to make five films in 1932, three of which are still highly regarded to this day.

MURDERS IN THE RUE MORGUE

Lugosi and director Robert Florey were reassigned to MURDERS IN THE RUE MORGUE, a sort of consolation prize for missing out of FRANKENSTEIN. Filmed in late 1931 (the final scenes shot in December) the movie was released on February 21, 1932, a year and one week later than DRACULA. 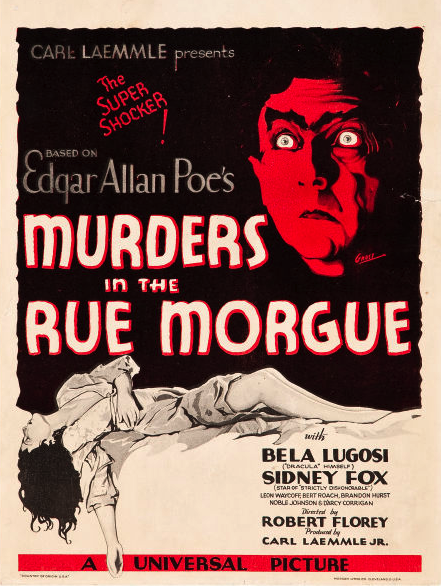 In March of '32 Lugosi filmed WHITE ZOMBIE. What is interesting about this film is it's an independent production but was filmed on Universal lots. Director/Producers Victor and Edward Halperin leased space at Universal, and this movie reuses sets from several Universal pictures including DRACULA and FRANKENSTEIN. It seems Bela's fate was hopelessly entwined with those two films, as he once again stalked the scenery of those two classic productions, one he knew well and the other he had just missed out on. The film wasn't well received with critics at the time, but is now recognized as one of Bela's great early performances. 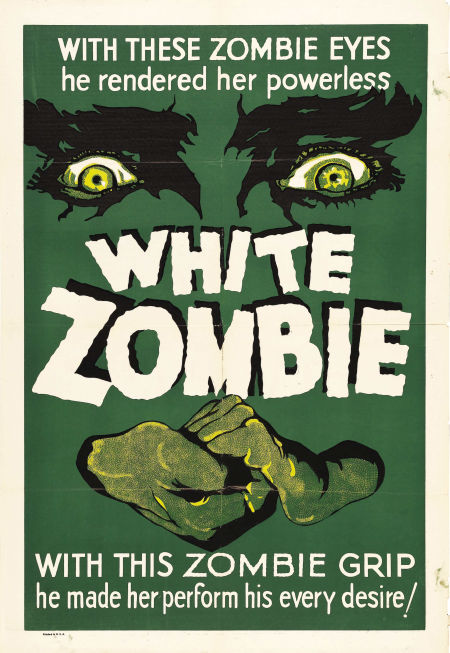 Lugosi continued to stay busy in '32, as cameras began rolling in July of that year on a big screen adaptation of a radio show called CHANDU THE MAGICIAN. Lugosi plays the villain Roxor, and this film was released in October of 1932. 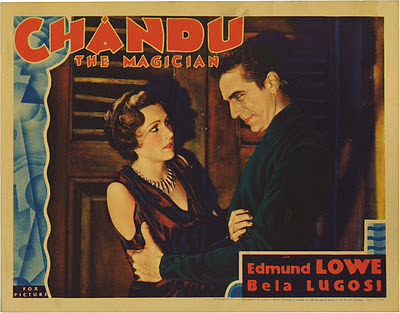 In October of 1932 Lugosi was on the set of ISLAND OF LOST SOULS, shot partly on location on Catalina Island just off the coast of California. Shooting ran through November and the film was released in January of '33 (although IMDB and other sources list it as premiering in December '32). It is, of course, based on the H.G. Wells novel THE ISLAND OF DR. MOREAU. Lugosi plays a manimal, one of the half man-half creatures roaming this island of misfits created by Dr. Moreau (Charles Laughton). This one was just finally released on DVD last year, and I truly believe this is in part because it was voted several times as "classic most in need of a release" in the Rondo Awards. 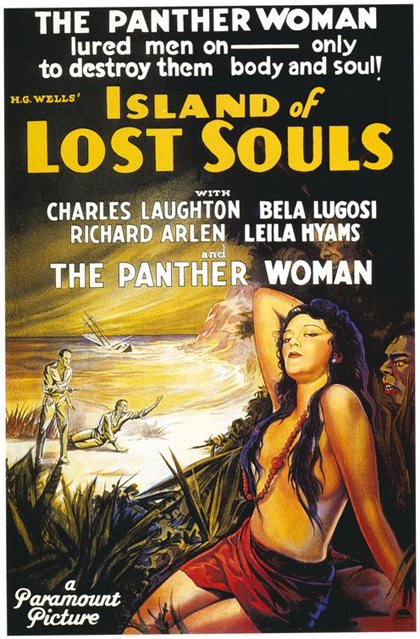 November was a busy month for Lugosi that year as he began shooting the independent film THE DEATH KISS later that month. Based on a novel of the same name it is a murder mystery about an actor killed while filming the final scene of a movie also called 'The Death Kiss.' This movie is interesting in that it reunites three of the stars from DRACULA - Lugosi, David Manners, and good old dependable Edward Van Sloan. Dracula and Lugosi were forever joined... this movie was released early the following year. 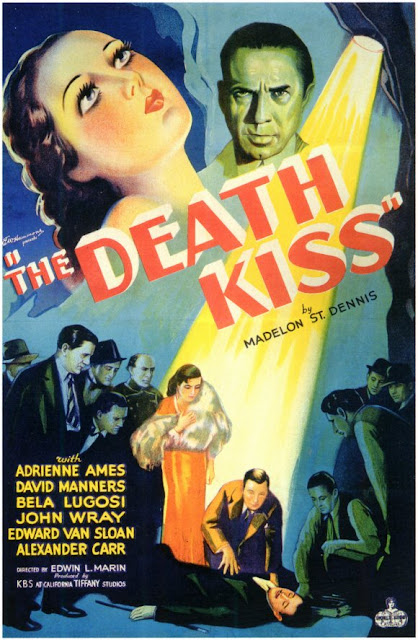