Midnight Syndicate Christmas CD, band announces plans for 2015 and beyond 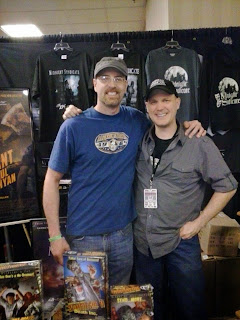 I've been a big fan of Midnight Syndicate since I first listened to their CDs sometime back in the early 2000s. They started up right around the same time I did, in 1999. and we found each other shortly thereafter, emailing back and forth over the years, even working on a few things together.


I finally got a chance to meet founding member Ed Douglas face to face in 2013 at the Horror Hound convention, after years of corresponding back and forth. Such a cool guy, as friendly in person as he is online. Below is the press release for their upcoming album, events and more. Great stuff, these guys are a machine, I tell ya, a machine! Long live Midnight Syndicate!!

FOR IMMEDIATE RELEASE
May 12, 2015
CLEVELAND, Ohio, May 12, 2015 - Midnight Syndicate has announced that their eighteenth album will have a Christmas and Winter Solstice theme.  “I think there's a rule that after a band's been around for ‘x’ years they are required to produce a Christmas album.  So, that's how we got here,” joked Edward Douglas. “In all seriousness though, a Yuletide-themed Midnight Syndicate album is something our fans have been asking us for since we began; this album will not disappoint them.”
“I will say that this album has been particularly challenging because we're taking songs that are SO familiar and that have been treated in so many different ways throughout the years and trying to make them uniquely our own,” added Gavin Goszka. “We don't want to make yet another Christmas album - we really want it to stand on its own as something truly original. We hope that it will evoke the spirit of the Yuletide season while also reflecting our ongoing musical style and vision.”
Content-wise, the album will be a mix of new material and twists on classics. “I'd describe most of the covers on the album as being reinvented, rather than simply adapted,” said Goszka. “I've found myself approaching this material with a very wide palette and a limited sense of allegiance to convention. That being said, it still has to make sense in some way and stay grounded in the familiar. I think we're stretching our creative wings more than ever here, but there's still a consistency and overall purpose to it.”  “The original songs have been a lot of fun to work on,” added Douglas. “I think the fans are in for a lot of pleasant surprises.”
Fans will not have to wait until Christmas for this present.  Midnight Syndicate will be exhibiting at DragonCon in Atlanta this year on Labor Day weekend (September 4-7) and plans to have the CD available at the show. 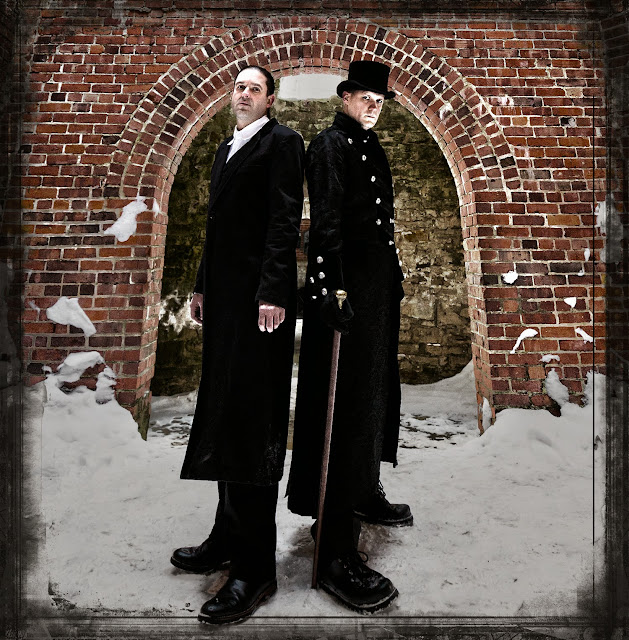 Composers Edward Douglas and Gavin Goszka have been delighting fans of instrumental gothic music, Halloween, roleplaying games, and classic horror for almost two decades. As the first recording act to produce seasonal atmosphere for professional haunts and amusement parks, their signature blend of dark orchestral "soundtracks to imaginary films" and sound effects have remained a staple of that industry in addition to weaving their way into the musical tapestry of the Halloween season and beyond. Every October, their music can be heard setting atmosphere on television and radio shows, restaurants, stores, and homes worldwide.