The Fantastic Films of Vincent Price #35 - While the City Sleeps 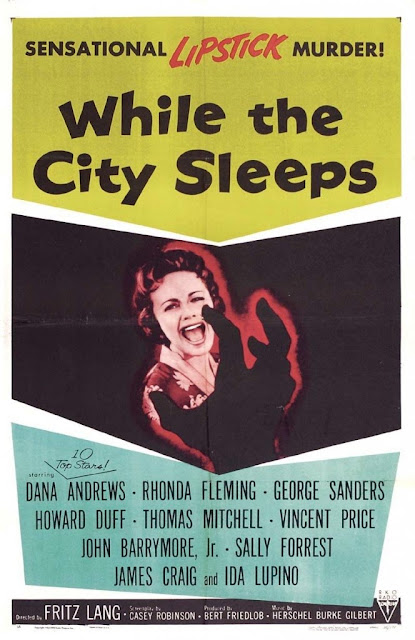 In this 1956 crime drama, a serial killer dubbed The Lipstick Killer is on the rampage in New York City. Vincent Price plays Walter Kyne, son of recently deceased newspaper owner Amos Kyne. He sets three reporters on the case to uncover the killer, with the promise of gaining the position of Executive Editor to the one who succeeds. The killer is played by John Drew Barrymore, son of famous actor John Barrymore and father to current actress Drew Barrymore. Directed by Fritz Lang (Metropolis, M).