I had several people on facebook message me about my post on THE WALKING DEAD earlier this week. Most were in agreement with me that it was a terrific episode, full of tension and drama and heartbreak. A few sided with the show's detractors that it went too far, that there was no reason to show that level of gratuitous violence.


I had time to reflect on it a bit more over the past couple of days, and have come to the conclusion that this is really much ado about nothing, or at least nothing new. You see, the Walking Dead has been doing this for years, the public had just conveniently forgotten it. Remember Noah, the character who had his face literally ripped apart by a hoard of zombies while Glenn watched on a mere inches away behind a pane of glass? 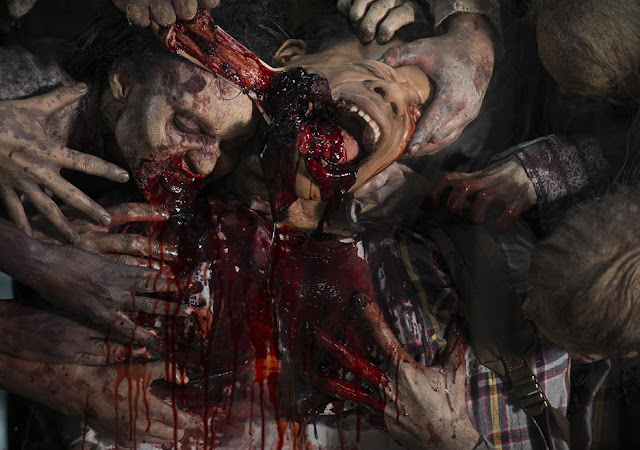 How about in Season 5 when the bad guys had our heroes lined up, once again on their knees, hands bound and mouths gagged, bent over a trough so they could BASH THEIR HEADS WITH A BASEBALL BAT, slit their throat and drain their blood to use their meat for a community of cannibals? 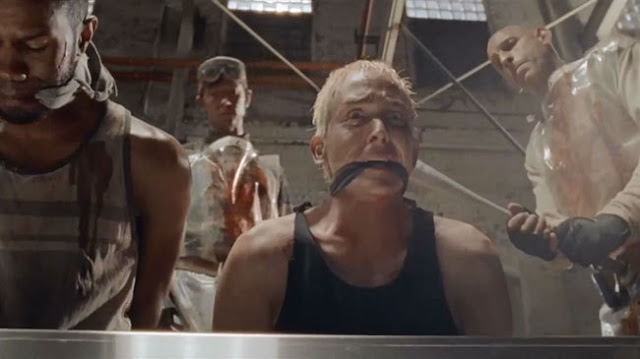 
So why not the outcry over any of these things? Why the current batch of complaining like the violence in this year's opener is something new?

If the very same things that Negan did in the most recent episode were done to a walker, or a less prominent character, you wouldn't hear this outcry. It is because it was a main character, a beloved character, and that really is a testament to the writers of the show, that they can make people care that much about the characters.


The premiere drew 17 MILLION viewers, which tells me the WD cast and crew is doing something right, so don't expect it to change anytime soon. And it shouldn't. It's a HORROR show, directed (at least that episode was) by makeup special effects genius Greg Nicotero. Of COURSE it's going to be special effects laden! And dark - I would expect no less. This is a horror program kiddos, not THE VAMPIRE DIARIES. Tune in to the CW if you want lighter fare, but don't be surprised or feign shock at what should be pretty damn apparent. This ain't gonna be pretty. It hasn't been for some time now. So stop with the false outrage already, the complaints and whining. If you don't like it, stop watching. The ratings will just continue right along swimmingly, and your fair sensibilities won't be upset.


But I bet you still tune in, despite your weak protests to the contrary. Because, as I mentioned before, the writers have presented characters you care about, and the majority of you will be tuned right back in Sunday night to see how far it goes this time.
at Wednesday, October 26, 2016